Home Archives Profile
The shape of Islam in the U.S. continues to change
Why are the extremists winning in Afghanistan?

How China crushes Tibet and other followers of faith 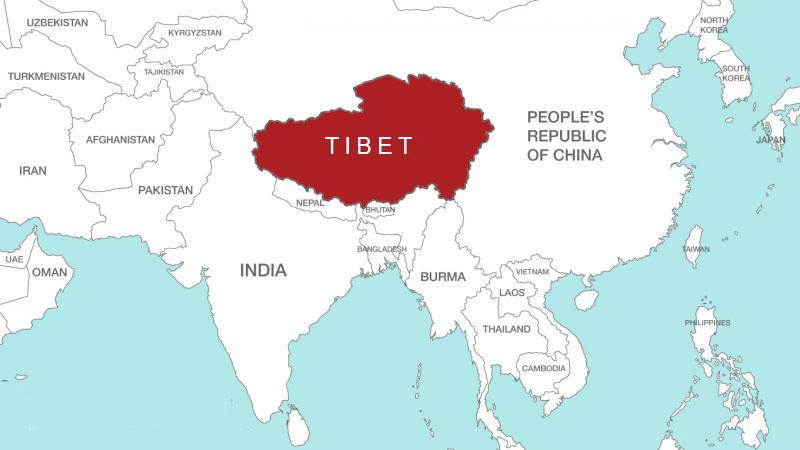 There are many reasons to be appalled by the people who run China via the CPC, Chinese Community Party, including their seeming inability to find any value in religion except when it might benefit them politically. 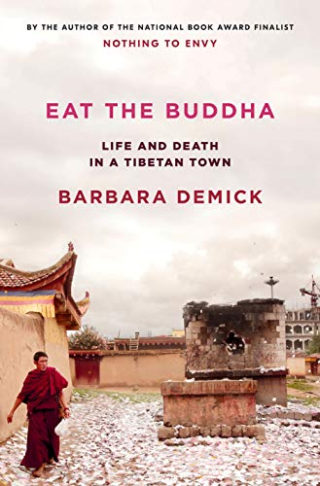 There is recent evidence, for instance, of China's leaders loosening restrictions on various religious practices and institutions there, as this article from The Conversation reports. But even so, the piece notes this: "Adopting attitudes and methods with long-established precedents in the dynastic history of imperial China, the communist government positions itself as the ultimate arbiter of orthodoxy and heterodoxy, or proper and improper religious practices. Religious leaders must support the party and follow its directives.

"Authorities keep firm administrative control over all forms of religious expressions and organizations, by whatever means they deem prudent or necessary." And this:

"China tends to treat religions perceived as potentially threatening to the established order harshly, especially if suspected of foreign ties or secessionist tendencies. For instance, for decades China has strictly regulated Buddhism in Tibet, as it has pursued policies aimed at suppressing the cultural and national identities of the Tibetans."

Which brings me to recommend to you a 2020 book I just finished that was loaned to me by a friend. It's Eat the Buddha: Life, Death and Resistance in a Tibetan Town, by journalist Barbara Demick. I found it riveting, and not because I spent part of a year of my childhood at a boarding school in northern India from which, on clear days, I could see the snows of Tibet.

Rather, the books contains remarkable reporting about the ways in which China's myopic leaders are willing to crush an entire culture, including its religion, to maintain what I've come to call the national security state.

A key player in all of this, of course, is the Dalai Lama, now pushing 90 years of age, Tibet's Buddhist spiritual leader who fled the country in the late 1950s and set up a government in exile in northern India.

What becomes astonishingly clear in the book is how little China's kleptocracy values human life. Under Mao Zedong, for instance, China went through wave after wave of government-sanctioned efforts to uproot the lives and customs of its own people and keep the country's communist leaders in power. Many of us are familiar with the brutal "Cultural Revolution" that Mao launched in 1966. And then there was the earlier "Great Leap Forward." As Demick reports in her book, "Between 1958 and 1962, during the Great Leap Forward, an estimated 36 million Chinese are believed to have perished, a death toll that rivals the greatest calamities of a brutal century."

Life? China's leaders spit at it.

Demick tells the story of a Tibetan man named Norbu, born in 1952. His father was a former Buddhist monk. Norbu sought to become a business entrepreneur, but ran up against this: "We can't compete with the Chinese. They don't have to do things ethically because they don't have any religion. They don't care about anything but money."

As for the current slackening of tight control over religion in China, as reported above, don't get your hopes up. Demick puts it this way: "Modern China has a bipolar personality with bursts of openness almost invariably followed by relapses of oppression."

Some of the protesting young students who died in Tiananmen Square in June of 1989 could testify to that -- if they hadn't been murdered by authorities. Buddhists in Tibet know exactly what that is about, having experienced it for themselves time after time.

Demick writes of a Tibetan woman who sold goods from a small stall in a Tibetan town in competition with Chinese women who had come to that town: "She was a devout Buddhist, who took seriously not just the ritual but the obligation to behave with compassion toward all beings, including Chinese migrants. Many of them ran their own stalls at the market, and she could appreciate that they were hardworking women, some of them widows who like herself were struggling to survive. But they had no religion for their comfort, no belief in an afterlife. They would die, thinking that was the end and that they would merely turn into dust. She felt more pity than hostility toward these Chinese."

In an interview with Demick, the Dalai Lama spoke about this very subject: "I don't consider China powerful at all. They may be powerful in their economics and weapons, but in terms of moral principles, they are very weak. The whole society is full of suspicion and full of distrust."

In the end, Demick concludes this about China: "China is becoming what political scientist Stein Ringen has termed the 'perfect dictatorship.' The government's control already is so complete, their surveillance of online communications so thorough, the closed-circuit cameras so ubiquitous, the biometric tracking of the population so advanced, that they maintain order almost seamlessly. China's new approach is less barbaric than the methods used by other regimes to control dissent -- for example, the gassing of civilian populations by Syrian's Bashar Assad -- but it is no less stifling. . .China may not yet be the technological dystopia that critics fear, but that is the direction in which it is headed. . .Uighurs have it even worse than Tibetans; as of this writing, up to one million Uighurs are being held against their will in 'patriotic education' camps where they do menial work for little to no pay and undergo Communist Party indoctrination." (Speaking of those Uighur Muslims, China just appointed a new military commander to crack down even more on the region where most of them live.)

Knowing all of that makes me all the more eager to preserve and protect our democratic republic here in the U.S. and to work against the kind of people who sought to destroy it on Jan. 6.

(By the way, the Soviet Communist Party has made the same anti-religion error as China's rulers. When I was in Poland in 2007 working on the the book They Were Just People: Stories of Rescue in Poland During the Holocaust, I wrote a piece for The Kansas City Star about a built-from-scratch town the Soviets constructed -- with no room for religion. It backfired. That column is included in this previous blog entry.)

IS IT TIME TO TAX HOUSES OF WORSHIP?

A movement to #TaxTheChurches has gained momentum recently, as this article from The Conversation reports. The power to tax, of course, is the power to destroy, so American citizens need to think through this one carefully. But I think there are some taxation rules having to do with religious institutions that should be examined. For instance, why can clergy declare the part of their salary spent on housing to be exempt from taxation? That one has never made much sense to me. But can we have this broader conversation without screaming at each other about religious liberty and church-state separation? Probably not. So I don't expect much to come of this, but am willing to be proved wrong.

P.S.: There's an upcoming fund-raising gala for the Miracle of Innocence project that some of you might want to be part of. It will be Friday, October 15, at the United Methodist Church of the Resurrection in suburban Leawood, Kan. What is this organization all about? A few years ago I wrote this Flatland column explaining how Darryl Burton, wrongfully convicted of capital murder, spent 24 years in Missouri prisons. Now that he's been freed, he works to help other exonerees through this organization. If you click on the first link I've given you in this P.S., you can arrange to get tickets and help out in other ways.