Here’s an on-going exchange between interfaith activist Vern Barnet (pictured on the left) and me. 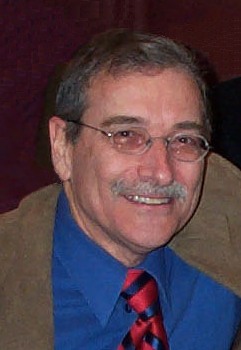 BARNET: Bill, I tout the virtues of diversity among and within faith traditions, and you preach the beauty of unity.

But I admit I was shaken by the unseemly exchanges that appeared when a few years ago you tried to moderate a discussion on the meaning of Communion, the Eucharist. I wished for at least a more unified spirit of love from some of those claiming to be Christian.

TAMMEUS: Before we lock ourselves into rigid positions, let me say I appeal for unity within my faith, Christianity, though not uniformity. The difference: Unity allows for many expressions of the faith based on agreement on foundational theology, while uniformity calls for rigidity, a one-size-fits-all way of being a follower of Jesus. 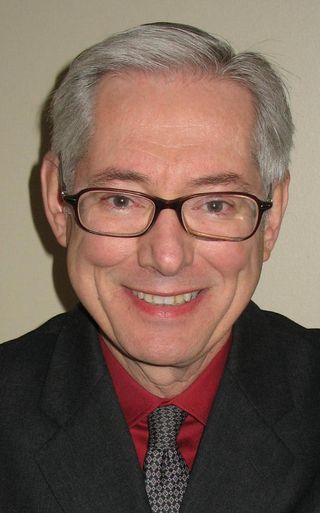 BARNET: I like your distinction between unity and uniformity. I worry when people seek uniformity by force. Unity I think comes though grace.

For Christians, perhaps the Trinity is a model: three distinct persons (diversity) in one God (unity).

It can be hard to produce civility from argument with rigid participants. But if they can be reminded of the presence of the Holy, beyond human language and agenda, that taste of awe may humble prideful disputants otherwise sure of their positions.

Have you found prayer to be such a reminder in your own work with folks of various backgrounds?

TAMMEUS: To speak of the Trinity is to risk saying something foolish, given how little we can say about God at all without seeming to be foolish. And yet I find the internal loving community of the Trinity to be, a you say, a model of diversity within unity. But let's not push that image too far.

Prayer can, indeed, remind people of the holy and, thus, blunt the sharpness with which they may disagree with others about theology. But increasingly I find that people who think they understand something perfectly and exhaustively are unwilling to entertain the possibility that they may be wrong about anything. So our task turns out to out to be to pray for (and with) people who are a pain in the neck. (And such people exist at both ends of the theological and political spectrums.)

BARNET: I guess if I love diversity within unity, I’ll just have to love even those who want uniformity!

BARNET: But loving disagreeable folks does not relieve me of responsibility to them. Given the many claims on us, how do we decide whether to spend time in dialogue with this or that particular person inviting our attention even while condemning us?

TAMMEUS: My rule about this is to pay attention to what we allow to put claims on our time. My faith and family come first. Thus I am happy to ignore disagreeable folks for a time. But if they are speaking outrageous lies, as opposed simply to differences of opinion, then one must confront those lies as soon as possible. Matthew 18 is a guide here in urging us first to go to the one who has offended us before we go public (unless, I suppose, the offense has been purposefully committed in public). But at some point we are free to walk away from disagreeable people if they just endlessly repeat old condemnations and offer nothing fresh as a way forward. Wouldn't continuing the argument in such a case be a misappropriation of the gift of time?

BARNET: Bill, you make a critical distinction between differences of opinion and lies. With differences of opinion, one can have unity without uniformity. But it's hard to have unity with lies. Early in Matthew 18, Jesus asks us to become as children and then warns against those who cause children, in one translation, "to stumble." Love's responsibility includes protecting and correcting one another as we protect and correct children. But Jesus is realistic about those who will not accept such care, and public witness may be needed so others do not stumble. Then, as you note, our responsibility to that person ceases. Heaven is pictured as perpetual song rather than unending argument; still, I worry about ending a dispute prematurely. Do I really understand the background and circumstances of the one giving offense? As I, too, am limited by the experiences and insights I've been given, do I remind myself that I also could be in error? In reminding me of "the gift of time," you remind me that as much as I may want to imitate Christ, I cannot always be going after the one lost sheep.

TAMMEUS: It has helped me to remember that as I seek to imitate Christ (as those of us who are Christian sometimes say), I myself am often the lost sheep. So before I can set others straight about what should be -- but isn't -- obvious to them (meaning they should agree with me), I often have to set myself straight first. Ah, humility. Sometimes I wish the Benedictines weren't right about the importance of that virtue.