Home Archives Profile
How China crushes Tibet and other followers of faith
What can we learn from a U.S. loss in yet another war?

Why are the extremists winning in Afghanistan? 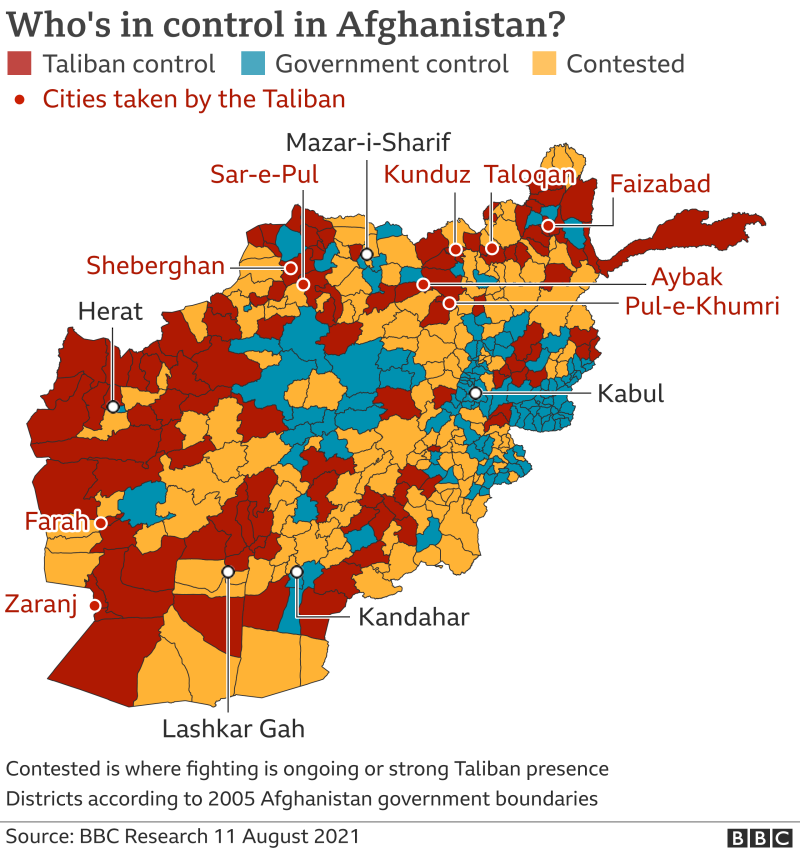 U.S. military forces, along with some allies, have been fighting a war in Afghanistan for nearly 20 years, starting soon after the 9/11 terrorist attacks in 2001.

The initial invasion was justified as an act of self-defense. Its alleged purpose was to destroy the training camps in which al-Qaida members were taught how to commit acts of violent extremism. At the time, I thought that task might take a year or two. Then somehow the mission became ill defined and slowly turned into nation building, an almost-impossible job if you invade a country about which you know almost none of its history or its culture. And then, under President George W. Bush, we lost focus completely and, as a result, in 2003 invaded Iraq on phony charges that that country, ruled by the thug Saddam Hussein, was producing but hiding weapons of mass destruction.

Now, all these years later, after some 241,000 people, including some 71,000 civilians and nearly 2,500 American military troops, have died in the Afghan-Pakistani war zone, U.S. troops have largely left and the Taliban, which in some ways is the Islamist equivalent of the Westboro Baptist Church of Topeka, Kan., is taking control of the country, as this fascinating BBC news story reports.

The story indicates that, at times, the Taliban seeks to make itself seem moderate and flexible as it wrests power from the current Afghan government. In reality, however, it is committed to an extremely harsh interpretation of Islamic law, called Shari'a. Whenever fundamentalists of any religious tradition are in charge anywhere, there's precious little room for argument or discussion of anything those fundamentalists think is God's truth.

(Apparently they haven't read my book The Value of Doubt: Why Unanswered Questions, Not Unquestioned Answers, Build Faith. What's wrong with them?)

And as the BBC story notes, "What many associate most closely with the Taliban's previous stint in power is the brutal punishments meted out under their interpretation of Sharia law.

"Last month in the southern province of Helmand, the group hanged two men accused of child kidnapping from a bridge, justifying it by saying the men had been convicted."

The situation in Afghanistan is dire, as we all have seen in horrific footage of people trying to flee the Kabul airport by hanging on to departing airplanes. As the BBC reports, the Taliban has been "capturing new territory on what seems like a daily basis as international troops have all but withdrawn. Caught in the middle is a terrified population. Tens of thousands of ordinary Afghans have had to flee their homes -- hundreds have been killed or injured in recent weeks." And since that was written things have gotten only more chaotic and worse.

It's hard to imagine why the U.S. thought it could do better at creating a peaceful, modern Afghanistan when other invaders have failed again and again. But that's the problem. We shouldn't have been there to make Afghanistan a Western democracy. Rather, we should have been there only to protect ourselves and our allies from additional attacks by terrorists.

Now there is growing upheaval across Afghanistan in light of President Joe Biden's decision to stick with former President Donald Trump's agreement with the Taliban to get U.S. troops out. Biden has said he believes that the war in Afghanistan is not worth the life of even one more American military member. But his planning, if any, for a controlled exit clearly failed. Now we'll have to see what can be salvaged from this embarrassing operational mess.

Once again, one of the clear lessons here is to avoid or stand against religious, racial or any other kind of extremism. Radicalism led to 9/11, to the murder of nine Black people at prayer in a cathedral in South Carolina, to multiple lynchings of Black people in U.S. history, to the murder of the son and father of my friend Mindy Corporon and the wife of my friend Jim LaManno at Jewish sites in Kansas City and to countless other catastrophes, including the Holocaust itself.

Often such extremism is rooted in fear, which in turn is rooted in ignorance. And when we have political leaders promoting both fear and ignorance, the problem gets only worse.

P.S.: My friend Markandey Katju, a former justice on India's Supreme Court, has written this interesting piece about why a Taliban victory in Afghanistan is actually a victory for the U.S. See if you agree.

(The BBC map here today, which was no doubt out of date an hour after it was published Aug. 11, is found at the BBC story site to which I've linked you.)

There is so much to know about what's happening in Afghanistan and about that region's long and at-times bizarre history. This article from The Conversation offers readers five different takes to help fill in our knowledge and understanding gaps. And I recommend it. The errors made there by the U.S. and its allies (and, before them, by the British and the Soviets) are legion. I'd like to think that we finally can learn something about interfering in other countries and trying to turn them into something they're not. But so far there's little evidence for such optimism. As a friend of mine said the other day, it has taken 20 years to replace the Taliban -- with the Taliban.