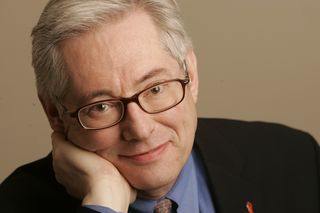 Bill Tammeus is the former Faith section columnist for The Kansas City Star. He came to The Star in 1970 as a reporter, spent nearly 27 years on the paper’s editorial page, mostly writing the daily "Starbeams" column, and then moved his column in March 2004 to the weekly Faith section. He took formal retirement in mid-2006 but continued as Faith section columnist on a freelance basis until mid-November 2008. In addition to this daily blog, Bill writes columns for The Presbyterian Outlook and, from March 2010 until September 2018, wrote columns for the online edition of the National Catholic Reporter. He also writes a monthly column for Flatland, KCPT-TV's digital magazine.

A 1967 graduate of the University of Missouri School of Journalism, Bill was a member of the Star staff that won the 1982 Pulitzer Prize for local reporting. His many other awards include several from the National Society of Newspaper Columnists and the American Academy of Religion, in addition to receiving the 2005 Wilbur Award given each year to the best religion column in the country. He received the David Steele Distinguished Writer Award from the Presbyterian Writers Guild in 2003 and is the author of A Gift of Meaning, published by the University of Missouri Press in 2001, and co-author of They Were Just People: Stories of Rescue in Poland During the Holocaust, published in September 2009 by the University of Missouri Press. He's also the author of Visitation: Celebrating a Century of Faith, published by a division of Kansas City Star books. It's available from Visitation Catholic Parish of Kansas City. In 2014 he published Woodstock: A Story of Middle Americans, and in 2015 he co-authored, with the Rev. Dr. Paul T. Rock, Jesus, Pope Francis and a Protestant Walk into a Bar: Lessons for the Christian Church. He published The Value of Doubt: Why Unanswered Questions, Not Unquestioned Answers, Build Faith in 2016. And his latest book, published in January 2021, is Love, Loss and Endurance: A 9/11 Story of Resilience and Hope in an Age of Anxiety.

Bill is past president of the National Society of Newspaper Columnists. He's an elder at Second Presbyterian Church in Kansas City. He’s married to Marcia Tammeus. Between them they have six children and eight grandchildren.