Home Archives Profile
Does the Museum of the Bible help or hinder scriptural understanding?
Even scientists find that religion has many benefits

Is humanity 'totally depraved' or is there some hope for us?

One of the consistent threads running through the theology of many, if not most, of the world's religions is that human beings can be -- and often are -- sinful. Which is to say that they do things any rational person would call unnecessarily destructive, if not downright evil. 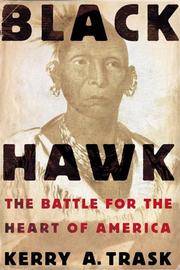 The famous 16th Century reformer, John Calvin, father of my own Reformed Tradition (Presbyterian), is often quoted as saying that humanity is marked by "total depravity." Any time someone uses the word "all" or "total," you can be pretty sure that something has been oversimplified. Even so, Calvin believed and taught that although people have free will and are capable of good deeds, they can be counted on to choose to do things that are evil.

I was thinking recently about this total depravity idea and about the inevitably dark view of humanity it conjures up as I was reading Black Hawk: The Battle for the Heart of America, by Kerry A. Trask. It's a 2006 history of the 1832 Black Hawk War, which took place in northern Illinois and what today is southern Wisconsin and eastern Iowa.

It is one more bit of history that I didn't learn when I grew up in northern Illinois.

Deep into the book, there's a distressing account of the way in which American soldiers -- both professional and volunteer -- behaved as they dealt a final blow to the Sauk tribe that had been led back to Illinois to reclaim land it had lost to white settlers. A Sauk leader named Black Hawk had led them on that ill-fated move that cost both his tribe and white settlers much pain and many lives.

Trask writes that many of the settlers who chased, found and killed Indians who were associated with Black Hawk were influenced by a more modern version of the idea of "the Wild Man in medieval folklore." That Wild Man, he says, "had been the dark and repulsive predatory figure who lurked in the shadowy place beyond the boundaries of civilized order and Christian goodness, waiting to prey upon the innocent and vulnerable. . .He was the grotesque personification of human depravity at its worst -- dwelling beyond decency, beyond order, beyond all hope of redemption. . ."

Trask then says that the "Indian -- at least the image of the Indian that prevailed in the imagination of the trans-Appalachian West -- was such a Wild Man within an American context. He was seen as the archenemy of everything good and decent."

The result was that it freed those white settlers and soldiers who held such views to murder Indians with abandon. (Just as the depraved, subhuman image of Black people freed white Americans to own them legally.)

This "dehumanization of Indians and the entire 'metaphysics of Indian hating' made it easy and enjoyable to slaughter native people -- even women and children -- and offered a ready-made moral justification for doing so," Trask writes.

It was, he says, "that deep, disturbing, primal passion which emerged along the marshy riverbanks to turn the battlefield south of the Bad Axe River into a hellish place of murderous rage, where the winds of destruction howled. Such passions transformed especially the men of the militia (Tammeus note: essentially volunteers) into wanton killers every bit as diabolical as the imagined devils they so eagerly sought to destroy."

And yet. And yet.

Trask also reports that right in the middle of this ruthless slaughter, there were cases of "something positive and good amid all the pain and death and brutality of the final ugly spasms of the war. In almost all cases, what compassion was shown came from members of the regular army, and most frequently from its officers, rather than from the volunteers among the ranks of the militia.

"That may have been mostly a matter of discipline. For, unlike the overeager and excitable amateurs. . .the soldiers of the regular army -- certainly no better men to begin with than most of those in the militia -- were taught and trained, drilled and conditioned, to remain coolheaded under pressure and self-disciplined in the face of danger. Most of all, they had learned through hard lessons how to control their own fear and rage, and to value collective order over personal freedom." (That's a lesson we desperately need to learn again today.)

As for those untrained and undisciplined, Trask writes this: "Through the killing of the native people white men came to believe in their own power and superiority and their right to possess a land that was not their own."

The historical incidents from which theologians draw their conclusions about the causes and repercussions of evil are found in every age. And although the evil done (often in the name of God or a value like freedom) can be overwhelming, it is not the entire story. Rather, if we look carefully we often can find tiny sparkles of light in what is otherwise utter darkness. In other words, sometimes goodness and graciousness appear.

And sometimes, as this Christian season of Advent reminds us, sometimes that goodness and graciousness show up in the form of a helpless baby.

The world is bidding a fond farewell to Christian scholar E.P. Sanders, who died on Nov. 21 at age 85. As the RNS story to which I linked you notes, Sanders spent most of his career "promoting more accurate and, for Christian scholars, more sympathetic understandings of early Judaism." In this time of resurgent antisemitism, Sanders' work is particularly important. As some of you may know, a Kansas City-based scholar, Mark D. Nanos, has been following Sanders in exploring ways of understanding Judaism at the time of Jesus and particularly understanding the Apostle Paul. Misunderstanding Paul's life and work has fed the long strain of anti-Judaism in Christianity, as I explain in this essay on the history of anti-Judaism in Christianity.

P.S.: Creek Freedmen, Black or mixed-race descendants of Creek Native Americans, have been trying to make the tribe recognize them as members. They finally had a hearing in court last week. It's unclear when a decision will be made. For background to this story, here is a Flatland column I wrote about area Freedmen.