Home Archives Profile
Some trouble in the Jesuit world -- including in KC
Does the Museum of the Bible help or hinder scriptural understanding?

How 'Pharisees' came to stand for all Jewish people

The term "Pharisee," found nearly 100 times in the New Testament, has come to refer to self-righteous hypocrites. But worse than that, in much of the history of Christian theology, the term has come to stand for all Jewish people. 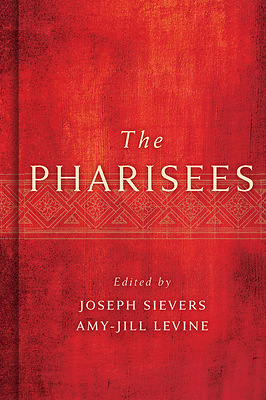 In the 2021 book The Pharisees, edited by Amy-Jill Levine and Joseph Sievers -- a book I've not had a chance to read until quite recently -- various scholars explore how the term Pharisee came to be used in that antisemitic and anti-Jewish way and what we can do about it.

"Christianity's judgment of the Pharisees formulated over the centuries. . .is the child of an anti-Jewish theology," scholars Sievers and Massimo Grilli write in one of the final essays in the book.

Levine herself is equally direct in her essay: "Despite historical and exegetical advances, preaching and teaching throughout the Christian world continue to depict Pharisees as xenophobic, self-righteous, elitist, legalistic, money-loving, judgmental, unseeing hypocrites. Because 'Pharisee' has, to the present day, been generally understood to refer to 'all Jews,' anti-Pharisaic characterizations consequently extend to Jews across the centuries and throughout the globe."

The problem is exacerbated because of this reality: Today there is only one way to read what any Pharisee wrote and that is to read the New Testament chapters written by the Apostle Paul, who described himself as one. We have no other records written by any self-identified Pharisees. Not one. (Imagine if 2,000 years from now the only way people could know about your family would be for them to read the writings of just one member of your family whose views you may not have liked.)

This is not a book for summer beach reading. It is, rather, serious scholarship by people who write in great detail about theology, historical research and other areas requiring specialized knowledge and insight.

So your casual book club isn't likely to take up this volume. But the book does describe a serious theological and social problem. Then it explores how that came about and makes some suggestions for how, after all this time, we might begin to fix things. In other words, the book can give even theologically and biblically illiterate people in the pews of Christian churches (there are many such folks) a profound appreciation for the detailed research that scholarship requires.

The problem, as the editors write in their preface, is that "while historical-critical research on the depiction of the Pharisees in the gospels has provided some correction to these toxic stereotypes, the skewed image -- drawn from select New Testament passages and exacerbated by anti-Jewish theologies -- continues to infect not only Christian sermons and Bible studies but also popular culture. Because Pharisees, in the Christian imagination, represent an ossified, degenerate Jewish culture that both Jesus and Paul sought to correct and are the forebears of Rabbinic Judaism, negative descriptions of Pharisees bleed over into antisemitic discourse."

And although I'd like to report that antisemitism is on the decline here in the U.S. and around the world, the reality is that it's resurgent. (My essay on the Christian roots of anti-Judaism and antisemitism can be found here. And here you can read the essay "Jews Are Guilty: Christian Antisemitism in Contemporary America" by Alvin Rosenfeld, director of the Institute for the Study of Contemporary Antisemitism at Indiana University. Plus, here is an interview with Rosenfeld about what to do to try to stop antisemitism now. Finally, here's a good piece by a rabbi about how to talk to children about Jew-hatred.)

One of the issues giving rise to the misuse of the term Pharisee is that it's difficult to know exactly when they arose as an identified group and, as scholar Eric M. Meyers argues in his essay in this book, "purity practices" were not the focus of the Pharisees alone but "were widespread in the first century and touched all groups."

To which scholar Steve Mason adds this: "For most Christian scholars before the Second World War, who grounded their views in New Testament polemic and sought confirmation through distant impressions of rabbinic literature, Pharisees were part of the dark background against which Jesus and Paul stood out in relief," especially as contrasted to what Mason calls "codification of laws to a finally pointless and barren legalism."

Mason does note that the gospels of Matthew, Mark and John "all present the Pharisees as lethally opposed to Jesus." By contrast, he writes, the author of Luke (and Acts) "gives a strikingly different picture. . .Luke's Jesus considers them righteous or just, faulting them chiefly for exclusiveness and hypocrisy, as they in turn are scandalized by Jesus's bad company."

When it comes to ideas for how Christian preachers, particularly, can confront all of this, Levine herself offers the most and best ideas in her essay, noting that "most Christians who give homilies, sermons and Bible studies do not intend to propagate, let alone convey, Jew-hatred; and most would be appalled to know that they are doing precisely that."

She also acknowledges this: "There is no easy fix for texts that have, over two millennia, led to Jew-hatred. Texts, especially texts considered sacred, can be dangerous. But interpretations can change. Once we diagnose the sources of the problem, we can then begin the process of detoxification and reconstruction."

Christian leaders have considerable work to do in this area. This book can help them do that necessary work. If you are part of a Christian congregation, give a copy of this book to your pastor for Christmas.

As Donald Trump seems to be marching himself into a deeper and more isolated political hole by hanging around antisemites and Holocaust deniers, a rabbi, in this RNS column, makes this plea to fellow Jews who may still be in Trump's camp: Drop him. It's hard to imagine why this column even needs to be written.

P.S.: The Good Faith Network in Johnson County, Kansas, (I wrote about GFN here recently) is sponsoring a public prayer rally tomorrow to pressure public officials to do more about homelessness there. You can read what you need to know to attend here: Download Prayer Rally for Ending Homelessness Press Advisory