Home Archives Profile
The number of secular voters is growing in the U.S.
Some trouble in the Jesuit world -- including in KC

The question of whether women can or should be ordained to the priesthood in the Catholic Church has been around pretty much since the beginning. 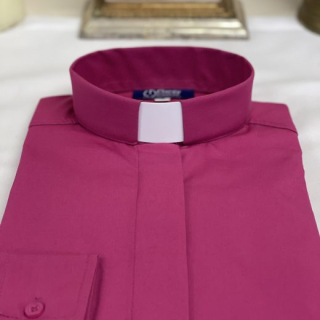 And although officially the church declines to ordain women to be priests or deacons, the issue hasn't died. Indeed, an organization called Roman Catholic Womenpriests exists outside the Rome-based church and lobbies for the church to change its rules.

As this recent article in The National Catholic Reporter notes, there is new evidence that there may be some new Vatican flexibility on the matter. Writer Kate McElwee notes that a recent report from the Vatican doesn't simply dismiss the idea of female priests.

Rather, she writes, it "weaves narratives from around the world throughout the document, noting the tensions women experience within the church they love, their baptismal equality, and the reality of structures and systems that prevent their full participation in the life of the church."

More than that, it "acknowledges a 'diversity of opinions' on women's priestly ordination, noting some national reports called for it, while others consider it a 'closed issue.'"

Just that acknowledgment of disagreement on the issue, McElwee writes, is significant. And I agree with her, though I do not expect to see the Catholic church change its policy on ordaining women in my lifetime.

Back in 2010, when I was still writing a regular column for The National Catholic Reporter, I wrote this one about what people in the pews miss when they don't have female clergy.

"I wonder," I wrote, "if Catholics know what they’re missing by not having female priests. Yes, Catholics get a sense of ministry by women through the often remarkable work of women religious. But even that is different from authorizing women to engage in the full range of ministry, including administering the sacraments."

Then I shared some of my experiences of being in a church with female pastors.

McElwee seems more hopeful about there being female priests and deacons in the Catholic church than I think the evidence now warrants. But she's right when she says this: "The Vatican's admittance that the teaching on women's ordination is not a consistently held belief among Catholics reveals a spirit of openness and accountability to the people of God. The very fact that those challenging voices — many of which were filtered out at the local level — broke through means this call is strong and clear."

That "spirit of openness and accountability" is to be celebrated.

So I hope she's right about the possibility of female pastoral leadership in the Catholic church. I have family members who are members of the Catholic church, and I hope that some day they can experience being ministered to and ministering with women who are deacons and priests. But that will require a significant change in Catholic polity and doctrine -- two areas that are way outside of my area of ecclesial responsibility.

A DEEP SPIRITUAL CONNECTION TO THE BUFFALO

A deep sense of spirituality accompanies the effort by Indigenous people to restore herds of bison to Oklahoma and other lands where they once roamed in huge numbers, this AP story reports. "The Cherokee Nation," it says, "is part of a nationwide resurgence of Indigenous people seeking to reconnect with the humpbacked, shaggy-haired animals that occupy a crucial place in centuries-old tradition and belief." If you want a deeper sense of the terrific and appalling damage that white pioneers in the 1800s -- aided and abetted by the U.S. government -- did to American Indians on the Great Plains, find a copy of a book I'm reading now, Black Hawk: The Battle for the Heart of America, by Kerry A. Trask. Oh, my.

P.S.: Artists-in-residence weekend at Congregation B'nai Jehudah in suburban Kansas City is coming up Dec. 2-4. You can find details here. This is being presented in connection with the terrific Michael Klein Collection of Judaica that I wrote about in this 2020 Flatland column.

ANOTHER P.S.: The terrific redlining exhibit at the Johnson County Museum closes Feb. 7. So you still have time to see it. Here's a link to the Flatland column I wrote about the exhibit several months ago.

A FINAL P.S.: In light of Qatar's recent banning of alcohol at World Cup games there, the Associated Press has published this interesting explanation of what Islam teaches about alcohol.