The number of secular voters is growing in the U.S.

In some ways, the recent midterm elections were at least a bit of relief in that the election deniers didn't do nearly as well as the increasingly unreliable poll numbers suggested they might do. 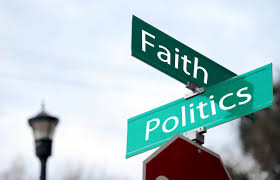 That doesn't mean we're done with the Big Lie and its many sycophantic voices, of course. But it does make me wonder how the future electorate will look.

One answer seems to have become clearer recently, as this article from The Conversation (written just before the midterms) suggests, and that is that atheists and agnostics are playing an ever-larger role in determining election results in the U.S.

Ryan Burge, an assistant professor of political science at Eastern Illinois University, writes that "in 2008, almost 8% of the entire U.S. population claimed to be atheist or agnostic. . .By 2021, that share had risen to just about 12%. But atheists and agnostics are often left-leaning in their political persuasion, and their rapid ascendance in the American religious landscape is proving much more consequential to the Democratic Party than (to) the GOP."

Well, that's a significant rise, but it's still quite a small percentage of the total electorate. The key, however, may well have to do with voter turnout. And as The Kansas City Star reported right after the Nov.  8 midterm elections, "Voter turnout in Johnson County (Kansas) appears to have been about 55%, according to Johnson County Election Commissioner Fred Sherman. He said the figure could inch up to 56 or 57% as mail ballots arrive and provisional ballots are counted."

Think of that. That means that roughly 45 percent of registered voters spat on their civic obligation, though some small number of them may have had some legitimate emergency reason that kept them from the polls.

Still, the 55 number is appalling, given that people died so that all registered voters could cast ballots.

If slightly more than half of the registered voters are going to bother to show up at the polls, that gives small subgroups like atheists and agnostics considerably more sway if they show up in large numbers. And if most of those non-religious voters favor one party -- as they do, the Democrats -- then Democrats are likely to do what they can to appeal specifically to voters in that category.

Indeed, as Burge writes, "Democratic candidates have shown increasing awareness that they are becoming more dependent on secular voters."

It's taken awhile for people who analyze elections and party affiliation to pay much attention to avowedly secular voters in the U.S., but the fact that they're beginning to do that is an indication of the shifting religious landscape in the U.S.

THE RISE OF NON-DENOMINATIONAL CHURCHES

P.S.: An interesting new book asserts that Judaism, as we know it now, may be much younger than everyone thinks it is. As this story from the Smithsonian Magazine reports, the book "argues that standard Jewish practices, from ritual bathing to avoiding representational images of humans and animals, didn’t come into widespread use until around 100 B.C.E." This sounds like a difficult case to make, but we'll let the scholars and historians sort it out.

ANOTHER P.S.: The U.S. Conference of Catholic Bishops recently elected a new president, Archbishop Timothy Brogio. This National Catholic Reporter column by Michael Sean Winters bemoans the reality that the new leader stands against most of what Pope Francis stands for. "It is difficult to overstate what a repudiation of Pope Francis the selection of Broglio to lead the conference is," Winters writes. With other good choices for president available, it's hard to understand why the USCCB would vote this way.