Autumn's soothing colors can prepare us for our own death 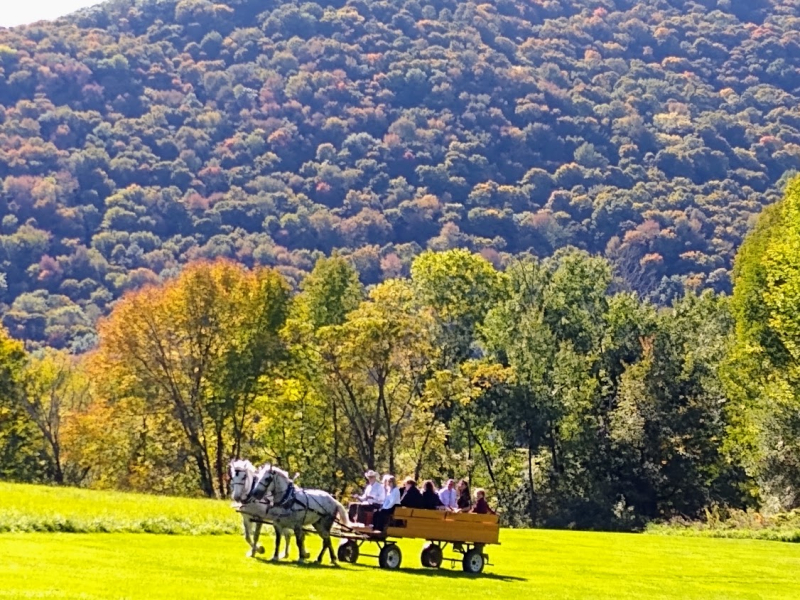 West Glover, Vt. -- When I arrived here in the Green Mountain state in late September, the curtain had barely gone up on nature's annual death performance.

That is, the hills still were mostly green. Only here and there could I see small signs of reddish or orange beginning to conquer the green leaves of deciduous trees. But even that was hard to see because of all the evergreens. 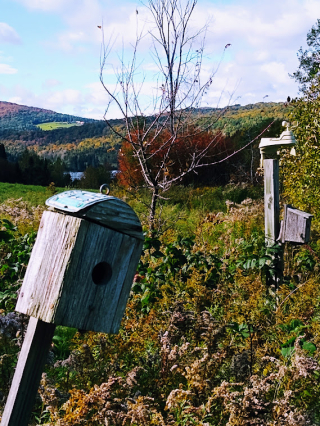 Still, I knew the game was fixed. Death would overtake the hills as it has done annually forever.

And because we're not separate from nature, as Indigenous people have taught me, death will find us, too -- sometimes not bothering to wait until we've run out our biblically allotted time of three scores years and ten (I've beat that already).

But as our lives draw toward an ending, we should learn from the very system of nature of which we're a part. We should in some way go out singing, go out colorfully, go out rejoicing.

As my wife and I drove by a cemetery here with a friend, the friend noted that the earliest headstones there were from the 1600s. That may, at first, seem like a remarkably long time ago. But many of us fail to remember that people have lived and died on this land not for hundreds but for thousands and tens of thousands of years. This part of Vermont once was the tribal ancestral land of the Wabanaki and, nearby, the Arosaguntacook and the Mohawk peoples.

They, too, lived and died in nature's life cycles, save when they, like us, speeded up the process with the blunt tools of crime or war. They, too, felt the leaves of their own lives turn red, orange, purple and various shades of brown. They, too, knew that the fix was in, both for the leaves on the trees and for them.

The question, of course, is what we do in response to this knowledge. Do we panic and cram as much frivolity and acquisitiveness into the end of life as we can? Do we marinate ourselves in regret or even in nothing but happy memories?

Well, no doubt we'll do some of that no matter who we are. But how much better to use the gift of our remaining time (and it is a gift) giving thanks for the privilege of life and trying to help others see that it's fruitless to rail against the dying light.

I do not wish to leave this life anytime soon. I love my life, even if it sometimes offers me up hard days among the luminous ones. But I know -- from watching Vermont's leaves lose their greenness and succumb to death -- that my time is coming. And so is yours. I hope only this: That when I go down to the dust, even at the grave I will make my song: Alleluia, alleluia, alleluia.

(The top photo here I took in Dorset, Vt., at the site of a wedding. More about that in my next blog post that will appear here on Saturday. I took the photo with the bird houses near West Glover, Vt. The photo below of Lake Champlain I took in the backyard of my brother-in-law and his bride in North Hero, Vt.) 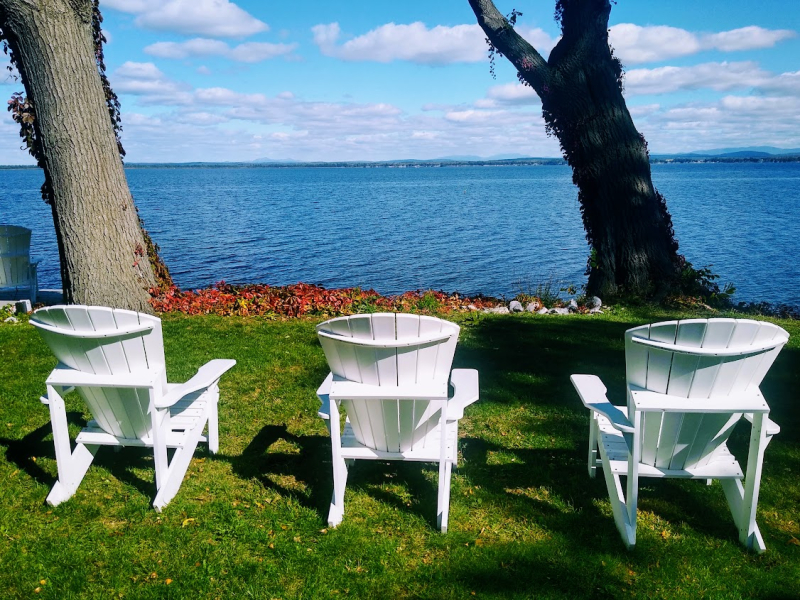 A JEWISH MESSAGE FOR EVERYONE

As Jews have just commemorated their High Holy Days, here is a column by a rabbi who speaks not just to Jews but to all of us. In it, he declares this truth about American Jews: "We are no longer passive victims." In the face of resurgent antisemitism, it's an important message, and people who are hosing the world with antisemitic hatred need to know it will not go unanswered or uncontested.