Home Archives Profile
Must some of our laws remain morally reprehensible?
What's religion have to do with marrying and having kids?

What does religious history teach us about monarchies?

Even America's Founding Fathers, as they are called, weren't big fans of direct democracy. In fact, Benjamin Franklin used to refer to "a natural inclination in mankind to Kingly Government." So once those early American leaders got out from under being ruled by the British monarch, they came up with what can fairly be called a pretty limited democratic republic. 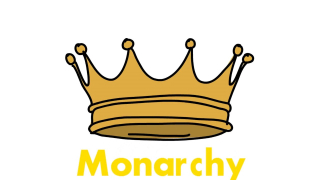 Which is to say that white male landowners got to vote for people (again, white males) to represent them at various levels of government. Eventually, white people who didn't actually own land got the right to vote as did (white) women and, eventually, Black citizens (and other people of color), though the act that finally made that a widespread reality didn't get signed into law until 1965.

The recent death of Queen Elizabeth of the United Kingdom -- and her breathtaking funeral -- got me thinking about monarchies and whether they are compatible with the world's great religious traditions. The queen's quite evangelical funeral was certainly compatible in that way, but I think the broader answer is, well, sort of, maybe, but in the end not so much.

After all, as the Hebrew Bible describes it in I Samuel 8 (I'm quoting the Common English Bible translation here), the people of Israel were ruled by a system of judges (sons of Samuel), but the people told Samuel, in his old age, that they wanted a king "like all the other nations have."

Unsure of what to do, Samuel prayed for an answer. Here's what happened: "The Lord answered Samuel, 'Comply with the people's request -- everything they ask of you -- because they haven't rejected you. No, they've rejected me as king over them."

So the people of Israel got a human king, Saul.

Centuries later, when Christianity finally split off from Judaism, Christians regularly talked about the "Kingdom of God" and they began to call the risen Jesus "Christ the king." So monarchy is tied into Jewish and Christian history, too.

But monarchs come and monarchs go. Indeed, it was on this date in 1792 that France abolished its monarchy.

As the History.com site to which I've just linked you explains, "Louis ascended to the French throne in 1774 and from the start was unsuited to deal with the severe financial problems that he inherited from his predecessors. In 1789, food shortages and economic crises led to the outbreak of the French Revolution. King Louis and his queen, Mary-Antoinette, were imprisoned in August 1792, and in September the monarchy was abolished."

(Side note: Did Mary-Antoinette [or, as she's usually known, Marie-Antoinette] really say "Let them eat cake" when she was told that French peasants had run out of bread? Well, sort of but not exactly.)

(Second side note: I once was in a meeting of journalists in which the British ambassador to the U.S. was describing some of the early negotiation sessions to try to end the War in Vietnam, sessions attended by a top-ranking Chinese official and by the American Secretary of State Henry Kissinger. Someone asked Kissinger to explain how the American Revolution might have influenced the French Revolution. Kissinger carried on and on and on again. Then added more. When he was done [unless he's still talking], the Chinese official was asked the same question. His response was: "It's too soon to tell.")

At any rate, the U.K. still has a sort of for-display-only model of a monarchy -- a constitutional monarchy, it's called -- and it's now headed by Elizabeth's son, King Charles III, who finally has a job. One of the monarch's jobs in the U.K. is to be "Defender of the Faith and Supreme Governor of the Church of England." That, of course, meant Christianity when the title was dreamed up. And it still means that in the form of the state-established Church of England (and the Church of Scotland, which is Presbyterian). But the monarch has had to recognize now the wide variety of faith traditions followed by citizens there, so the term seems to mean less than it once did and Elizabeth, who certainly seemed to be -- and no doubt was -- a deeply committed Christian, did a good job accommodating people to that change.

(Third and final side note: Back several decades ago, when the City of Kansas City was in the market for a new city manager, I wrote a sort of wise-acre column for The Kansas City Star, my employer, in which I proposed a candidate -- one who was popular, well-known and in need of a government management job so he could get more training in that field. In other words, I suggested we hire Prince Charles. I still sort of wish we had done exactly that. But as King Charles III, I wish him well, thought my expectations aren't high.)

The new Ken Burns PBS documentary about the American response to the Holocaust is both disheartening and revealingly true, as this New Yorker article makes clear. We Americans sometimes tell stories that make us look good, innocent and humanitarian. At times we are exactly all that. But other times we fail miserably, and the failure of our leaders to respond to what they -- and many of the American people -- knew was happening to Europe's Jews at the hands of the Nazis was profound. The question to ask now, however, is about our national present and future response to the current resurgence of antisemitism in both the U.S. and the rest of the world. There are many resources available for use in crafting a response to this ancient hatred. One of the best is the programming available (much of it free) from the Institute for the Study of Contemporary Antisemitism at Indiana University. I hope you'll check out the offerings there as well as the programming done by the Jewish Community Relations Bureau/American Jewish Committee in the Kansas City area. The failure in World War II to respond effectively to the Nazi plan to destroy European Jewry was not America's alone, for sure. But it's a failure from which we need to learn. So if you haven't watched the Burns documentary, please do. That's where to start.

P.S.: There's a three-part series of sessions about human rights abuses in Turkey that starts this evening at Grace & Holy Trinity Cathedral in downtown Kansas City. I hope some of you can make one or all of them. The link gives you details and a way to register for these free events.