Home Archives Profile
Religious reasons to be against state-sponsored gambling
What does religious history teach us about monarchies?

Must some of our laws remain morally reprehensible?

To think about an upcoming case to be heard by the U.S. Supreme Court, I want to take us back to the end of slavery and the adoption of the 13th Amendment to the Constitution, which abolished slavery.

We know from reading history that many people, especially in the South, justified slavery based on their reading of the Bible and that many of them didn't change their minds about this even after No. 13 was ratified.

Nonetheless, they were obliged to give up ownership of slaves. They, of course, were free to say whatever they wanted to say about slavery and about whether some passages of the Bible seemed to approve of slavery. They had freedom of speech. But they weren't allowed to own slaves anymore. 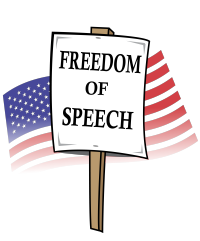 Now, to the present. The U.S. Supreme Court is about to take up a case in which a graphic artist in Kentucky argues that her Christian principles would be violated if she were required to create wedding websites for same-sex couples.

I'm having trouble figuring out how this is different from someone in the 1860s who might argue that getting rid of his slaves violates his religious principles. If all Americans are to be equal under the law and if, as has happened, the Supreme Court has ruled that same-sex couples have the right to marry in the U.S., then why would the Kentucky artist be allowed to refuse to serve a gay couple in regard to their wedding? Wouldn't that be like a waitress in a restaurant refusing to serve a couple (she's Black, he's white) based on her religious belief that the races should be segregated? (Religious reasons, after all, often were offered to defend segregation under Jim Crow laws.)

Pretty much that would be the case, I think, though there's one additional wrinkle here. And that is the matter of free speech, which the author of The Conversation article to which I've linked you takes up. Do free speech rights trump other kinds of rights at times?

If you think a local congregation can be hard to hold together in peace and without controversy, you're right. And if that's the case, imagine trying to hold a global faith tradition together. That's what the Catholic Church faces in stark ways, as this article from The Conversation makes clear. It was written by a professor of religious studies at the College of the Holy Cross. As the church seeks to reconcile different cultures and histories under an agreed-upon theology, the potential and already existing areas of conflict include: "poverty, adapting to local culture, sexuality and gender, church governance and the continuing sexual abuse crisis," the article says. The background to all this is described this way: "In 2021, Pope Francis called for the “Synod on Synodality,” a worldwide discussion of issues that impact the church, which will culminate with a bishops’ meeting in Rome. A final report is scheduled for October 2023." Religions that span the globe can do glorious work but it all comes with more than one cross to bear.

P.S.: Here is an interesting story in the Salt Lake Tribune about the writer's spring trip to Israel and how the relations among the three Abrahamic faiths there compare to religion in heavily Mormon Utah.