A new resource for learning about Indigenous life and history 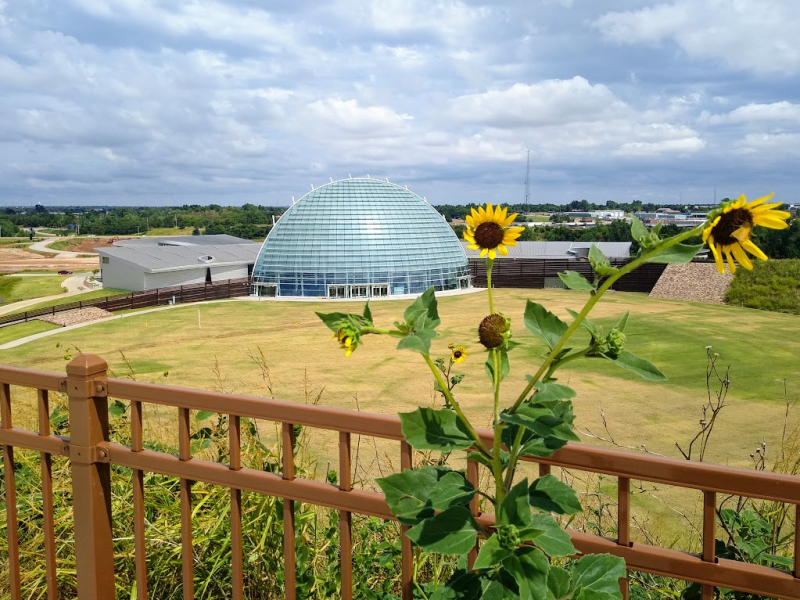 Oklahoma City, Okla. -- Visiting the new First Americans Museum (FAM) here the same week that Pope Francis was in Canada apologizing to Indigenous people there seemed like good timing for a small group made up mostly of members of my congregation. (My photo here of the museum shows it from the back.) As part of the anti-racism work our church has been engaged in, we've been offering different educational opportunities for people to learn more about the Native Americans who live and work in our area and about Indigenous history more broadly.

This museum opened just last year -- and it's well worth a trip. The day after our group spent time at the FAM, we traveled north to Pawhuska, Okla., the center of Osage life and visited the Osage Nation Museum there. It's much smaller than FAM, but its very intimacy and focus make it quite appealing and worth the time.

When I began to educate myself more about Native American history and life, I knew more about Indians from India than American Indians because I lived for two years of my boyhood in India. But like lots of people from small, almost-all-white towns in the U.S., I learned nearly nothing as a kid about Indigenous people here and their history.

To share what we're learning as we work to create something of a partnership with the Kansas City Indian Center, we've put this Indigenous resource list (books, films, podcasts, etc.) on our church website. Feel free to read it, borrow it, share it. It's incomplete, for sure, but we're continuing to add to it. And I'm happy to hear your suggestions for what to add. In fact, as I write this I see that the FAM and the Osage Nation Museum aren't on our list. But then I asked our church staff to add them and now they're there. 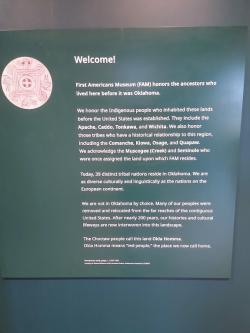 By making his apology trip to Canada, Pope Francis was at least inadvertently calling attention to a primary source for the miserable way the church and white Europeans generally have treated Indigenous people around the world. That source is the 1493 Doctrine of Discovery, a papal bull from Pope Alexander VI. It said that any land not inhabited by Christians was available to be "discovered," claimed and exploited by Christian rulers. It also urged that "the Catholic faith and the Christian religion be exalted and be everywhere increased and spread, that the health of souls be cared for and that barbarous nations be overthrown and brought to the faith itself."

So in various places around the world, the first residents of this or that land were, by church decree, considered barbarous savages in need of salvation. Imagine all the trouble that has caused over the centuries when Christian supremacy crossed paths with and made friends with white supremacy.

I hope you will make an effort to learn more about the nearly 600 federally recognized tribes -- and which among them might be your neighbors.

The First Americans Museum here in Oklahoma City is a great place to start (well, after you get through the resources list to which I've linked you above.)

The world is commemorating the 77th anniversary of the atomic bombing of, first, Hiroshima (Aug. 6) and, second, Nagasaki (Aug. 9), two Japanese cities with rather different religious backgrounds. As this article from The Conversation notes, Hiroshima was marinated in Buddhism while Nagasaki "has a long history of Catholicism." So survivors from those two target cities processed the bombing experience and the response to it in different ways. As the story notes, one Catholic physician concluded "that those killed by the bombs were sacrificial lambs, chosen by God because of their unblemished nature. Thanks to their sacrifice, he noted, the war ended – whereas those who survived, like him, had to endure defeat and destruction." By contrast, a man who grew up to be a Buddhist priest "viewed the atomic bombing as representing three circles of sins: the sins of Hiroshima residents, of Japanese nationals and of humanity as a whole." As always, our faith tradition (even when we have none) helps to shape our reaction to life in many ways. No wonder there's so much disagreement about nearly every aspect of life on Earth.