Home Archives Profile
An optimistic rabbi worries about the resurgence of antisemitism
This is still a good question: How can we keep from singing? 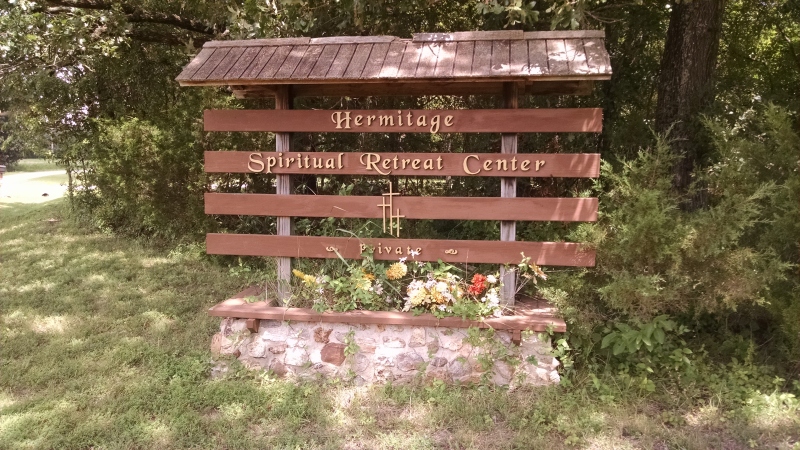 Pittsburg, Mo. -- I ended my service as a board member of the Hermitage Spiritual Retreat Center here five years ago and hadn't had a chance to be back until recently. 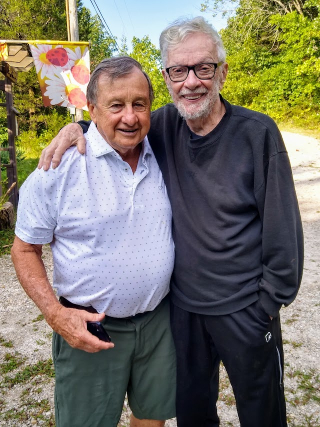 So it was good to return to a place where your heart rate can slow down a bit, you can breathe deeply, take time just to be and let the beautiful woods near the shore of Lake Pomme de Terre refresh your spirits.

All that was a side benefit to a recent overnight trip I made with two friends. The purpose was to let one of those friends renew his friendship with someone he hadn't seen in decades.

Fr. Jerry Waris, (left in this photo) a Catholic priest, and Fr. W. Paul Jones, a Catholic priest and Trappist monk who serves as the resident director of the retreat center, served at the same Kansas City church several decades back but they hadn't been together in person for a long time.

Paul is in his early 90s, though you'd never guess that by watching him move about nimbly or by listening as his bright mind produces engaging conversation and many books, the last one of which I reviewed here. Jerry is about 10 years younger than Paul but his beautiful mind runs along like a middle-aged thinker. So the conversation that another friend and I got to hear and be part of was inevitably stimulating.

What I especially appreciated was that they didn't spend all their time together reviewing old times. Oh, those memories are important to them and helped to shape their ministries. But much of their conversation had to do with life today -- church life, political life, social life and more.

Being in the late fall or winter of life was no reason for Jerry and Paul to be disengaged from current events. In fact, it's Paul's habit to listen to a national radio news show each morning and take notes about what's happening so that he can offer prayer about all of that at a late afternoon Mass he leads every day. And although Jerry is formally retired, he assists at various Catholic churches in the Kansas City area and even travels outside this area to do weddings, funerals and baptisms.

Yes, there is a shortage of Catholic priests in the U.S., so both Paul and Jerry could retire completely and do nothing but read books or play golf if they wanted to. Instead, they are models for what a stimulating and productive life can look like in the eighth and ninth decades.

There's a good reason that, in one of the creation stories (there are two) found in Genesis, God rested on the seventh day. It's a model for us. We need a sabbath, a time to renew our spirits, our minds, our souls.

That's why places like the Hermitage Spiritual Retreat Center exist. And the good thing for people in the Kansas City area is that it takes only about two and a half hours to drive there.

So my journey with Jerry and our mutual friend Dan to see Paul was an important reminder to me about the need for retreat. That's one reason I'm looking forward to a longer retreat in late September and early October when Marcia and I head to New England for a wedding and for some unplug time.

(The photo below I shot from the center's main building looking toward Lake Pomme de Terre.) 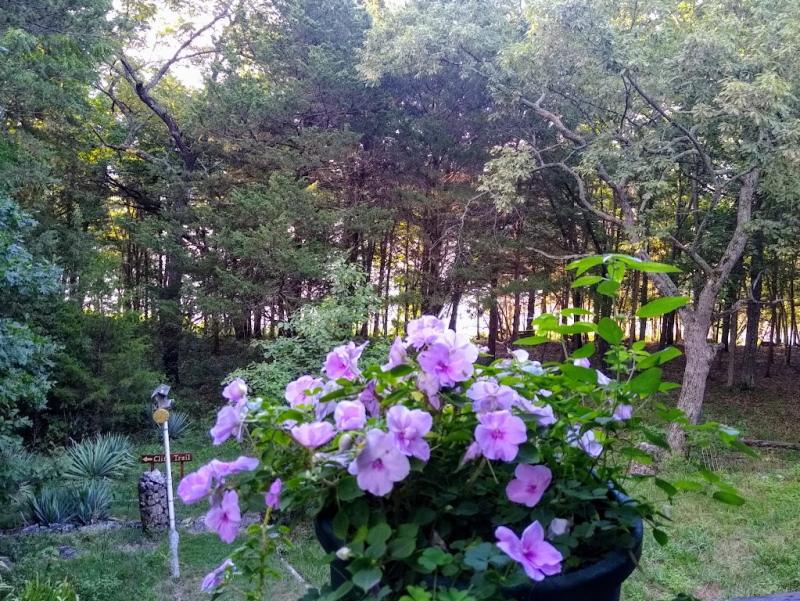 I've been intrigued to follow the various arguments -- some of them based on religious principles -- for and against President Joe Biden's decision to forgive some student college debt. In fact, one of the adult Christian education lessons for this Sunday from The Wired Word (I serve on the team that writes these lessons) deals with this subject. So does this article, which asks whether Biden's decision accurately reflects Christian theology about forgiveness and debt. The author's answer, with which I agree, is: "I think there’s a Christian argument for Biden’s policy, but there’s also an argument against, and that argument against is also grounded in biblical conceptions of justice. In other words, the issue is complicated." Indeed, it helps to recognize that very few issues can be reduced to simple questions with simple answers -- especially when sacred texts are involved.

P.S.: An exhibit and presentation on human rights abuses by the leadership in Turkey are scheduled for three evenings in September in the Kansas City area. You can find out more and register here.

ANOTHER P.S.: If you missed my latest Flatland column when it posted Sunday, it's available here. It describes the way a K.C. pastor and her wife are processing ideas about suffering and evil after experiencing, with their son, the deadly Amtrak derailment a couple of months ago in northern Missouri.