Home Archives Profile
A new resource for learning about Indigenous life and history
Does your theology shape your politics? (How can it not?)

Killing others to take revenge for others' killings

When a drone strike took out (that's a euphemism for murdered) al-Qaida honcho Ayman al-Zawahiri (pictured here) last week, I did not come close to grieving the end of his miserable, destructive life. 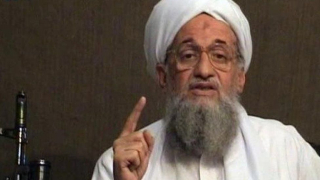 But I did grieve for humanity. We seem unable to rise above revenge and violence except in rare circumstances led by rare people. History is not a story only of crimes and wars, but crimes and wars do take up a huge amount of space in that story.

As you no doubt know, al-Zawahiri has been described as a leading planner of the 9/11 terrorist attacks, in which some 3,000 people were murdered, including my own nephew. (I tell that story and explore the roots of extremism in my latest book, Love, Loss and Endurance: A 9/11 Story of Resilience and Hope in an Age of Anxiety. You'll be smarter after you read it.)

Like his equally disgusting leader, Osama bin Laden, al-Zawahiri seemed incapable of following the core teachings of the Prophet Muhammad to honor God and/or to find non-violent ways to settle disputes. (At times, of course, even the prophet and his followers engaged in violence in his lifetime, as have many other religious leaders and adherents across history.)

As the New Yorker piece to which I linked you in the first paragraph above reports, "President Joe Biden, announcing the attack on Monday evening, said that he hoped Zawahiri’s death 'provides a small measure of peace to the 9/11 families and everyone else who has suffered at the hands of Al Qaeda.'”

Well, no, Mr. President. I can tell you that the death of anyone as a result of an act of revenge for 9/11 doesn't bring me even a small measure of peace, and I can tell you that many, if not most, other members of September 11th Families for Peaceful Tomorrows (PT) feel the same way. We don't want more killing in our loved ones' names. Period.

Here is the way one PT member put it in a group email the other day: "I don’t know how we can do this and claim to follow rule of law as a civilized country. It saddens me that we can do this and still claim to be an upright, moral society. I still deeply grieve my brother’s death and desperately crave justice -- but not this way. I say this knowing members of my own family would not agree with me. But how can we cry out against the targeted attacks of 9/11 and then do likewise? Zawahiri may have been an evil man, but I am not an executioner. I have often thought of the convenience of using a drone to remove Putin but he is protected by our own fear of the consequences we would suffer worldwide. I cannot be against the death penalty and celebrate a drone takeout."

Of course, we didn't want al-Zawahiri and similar theological thugs freely roaming the world and spewing out their violent nonsense. But it gives me no pleasure to know that one more person has perished as a response to the deaths of my nephew and thousands of other victims of terrorism.

What this drone-killing highlights is the continuing mess that is Afghanistan.

As the New Yorker piece notes, "Apart from the issue of justice served, the greatest source of interest in Zawahiri’s killing lies in where he was found — not far from the now-shuttered U.S. Embassy, in Sherpur, one of central Kabul’s relatively upscale neighborhoods, where senior figures in the Taliban regime currently reside. According to an unnamed Taliban leader quoted by Reuters, Zawahiri moved to Afghanistan just a few months after the Taliban seized power last August. An unnamed senior Biden Administration official told reporters on Monday that at least some figures in the Taliban’s Haqqani faction knew of Zawahiri’s presence. After the strike, the Taliban removed all signs of his stay from the safe house in which he had been residing."

So that's further proof that the Taliban was once -- and now is again -- a disastrous ruling party in Afghanistan. Extremists never make good political leaders.

The war in Afghanistan was, at first, a justified response of self-defense on the part of the U.S. to prevent more terrorists from being trained on its soil. But before long it turned into the Forever War and it ended (if it has) badly. Every president who has dealt with it made errors and has been sullied by the experience.

As the New Yorker piece concludes: "It is on the basis of. . .millenarian radicalism that Al Qaeda has justified the deaths of thousands of innocents, including Muslims. Zawahiri is gone, but as long as his ideas live on and bands of volunteers find haven in Taliban-ruled Afghanistan, the threat of occasional shocks of mass violence will menace Afghans, their neighbors and the world."

So now there's one more death to add to the total that terrorism has extracted from the wounded world. Sometimes I am at the edge of losing hope for humankind ever getting it right. History: Read it and weep.

AFGHAN WOMEN PROTEST THEIR STATUS UNDER THE TALIBAN

A little more on Afghanistan today: From the time the Taliban came back to power there just a year ago, the status of women has declined markedly. But the good news is this: Some women are continuing to fight for the rights they achieved between the two periods of Taliban rule, this Reuters story reports. Even though public demonstrations against Taliban restrictions on women have died down, the report says, women "meet in homes in private acts of defiance, discussing women's rights and encouraging people to join the cause. Such gatherings would have been virtually unthinkable the last time the Taliban governed Afghanistan." You have to wonder why the Taliban is afraid of women. Perhaps the same reason America's founders were afraid to give them the vote. And why women didn't get the vote until the adoption of the 19th amendment a little over 100 years ago. But even then, the result was white women's suffrage only. Like most Black men, most Black women weren't able to vote until passage of the 1965 voting rights act. And no doubt Adam feared Eve a little, too. Sigh.