Is this the way to measure and improve spiritual maturity?

It's no secret that biblical and theological illiteracy is common in many Christian churches in the U.S. -- and, presumably, around the world. 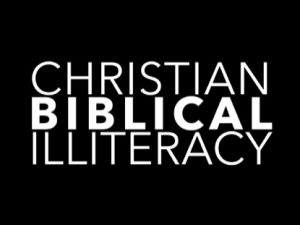 It's one reason that years ago I began teaching an occasional seminar I called "Theology Even the Clergy Can Understand." It was a lay-led (me) look at the core beliefs and practices in the Reformed Tradition (read: Presbyterian) of Protestant Christianity. And teaching it was a way of improving my own literacy in these areas.

So it doesn't surprise me to find people from other Christian traditions trying to encourage people to become more biblically and theologically literate. Which is what a pastor named Bill White is doing with his 2021 book, Mature-ish: Your mission from God, should you choose to accept it....

White, who is senior pastor of Christ Journey Church in Florida., first picks what he believes are the four core beliefs of Christians who, like him, identify as evangelical.

For those of you who don't know, let me say that there are plenty of Christians for whom those four statements are not at the center of their theology. And White's statements -- especially the final one -- are one reason you rarely find self-identified evangelical Christians engaged in interfaith dialogue and action, except when they see it as a tool to use to convert others.

(By the way, you can read in much more detail about all of this if you download this PowerPoint: Download Mature-ish Topline FindingsIt presents findings from a survey designed to measure where evangelicals are in their spiritual development.)

White seems to anticipate a point I'm about to make when he says this: “It is my desire, prayer and hope that participants don't see these results as a negative, legalistic measure of their spiritual journey, but an opportunity to identify where they are and see what is in store for them as they move forward to deepen and strengthen their relationship with Christ. The book and study are not designed to show Christians where they’ve gone wrong, but to highlight key areas where a few positive steps can propel them forward in their spiritual walk.”

So why does he think they might react that way? Well, the categories he uses to describe where people are in their faith journey are, at best, off-putting and at worst unnecessarily condescending.

The categories of spiritual development begin with "newborn," on the assumption that everyone starts there. In this formula even well-educated adults are categorized as spiritual infants. These are the stages White says come after that: Infant, toddler, child, pre-teen, adolescent, adult, parent, grandparent, and godparent.

By White's calculations, more than 80 percent of evangelicals have not advanced beyond spiritual toddlerhood.

To get past those early stages, of course, you are encouraged to read White's book.

So he describes a problem in fairly narrow terms and then proposes to fix it by asking people to read his book. (Why didn't I think of that?) Well, that might work or it might not. But what I do know is that there are lots of people I know -- people I consider spiritually well-grounded, mature and wise -- who probably will never fit into the measures of maturity White sets out based on his four core beliefs.

And I hope those folks will never disappear. They make the world richer in countless ways. I not only hope they don't disappear, I also hope all of them don't become Presbyterians. I love my church and denomination, but I'm sure I don't want to live in a world of such uniformity.

God, of course, often gets drafted into armies at war because, well, the people leading the fighting are convinced God is on their side and will help win the victory. Over history, there have been a few "just wars" as defined by Just War Theory (at least part of World War II, for instance), but nowhere near as many as the perpetrators of those wars imagine. God, however, is not the only religious figure to be called on to inspire the troops. As this article from The Conversation notes, "Western Christianity, including Catholicism, has often been enlisted to stir up patriotic fervor in support of nationalism. Historically, one typical aspect of the Catholic approach is linking devotion to the Virgin Mary with the interests of the state and military." It all seems so preposterous. Why don't we humans simply acknowledge that war is almost always and everywhere an evil to be avoided and not try to redeem it by calling up famous religious reserves? Whom, after all, are we fooling by doing that?

Speaking of biblical and theological literacy, as I was above today, I want to recommend a small book to you who are Christians for use as a devotional in the upcoming season of Advent. It's The Hunger for Home: Food & Meals in the Gospel of Luke, by Miroslav Volf and Matthew Croasmun. Volf, whose works I've read and recommended before and whom I've heard speak, teaches theology at Yale Divinity School. Croasmun is director of the Life Worth Living program at the Yale Center for Faith & Culture. The book's official publication date is Aug. 1, but can be ordered now.

Volf and Croasmun take a look at several passages in Luke's gospel that deal with food and with their origin in God's creation. "A meal, it turns out," they write, "is the quintessential enactment of home, a site of nourishing mutual encounter between people, places and God that, in ideal circumstances, makes present, in a broken but nevertheless real way, the eschatological home that it represents." Here and there throughout this short (108 pages) book, the authors drop in what I think of as golden nuggets of insight. Such as: "(T)he picture the synoptic Gospels paint of Jesus is not one of the puppet master of the universe come briefly to play a part (even a central role) on the stage of the puppet theater. Rather, the picture is of a rightful king come to liberate a land under the unjust and destructive rule of a usurper." You will think differently about food and its origins after reading this book. It might even increase your spiritual hunger.