Home Archives Profile
Is the U.S. susceptible to another civil war? A really good question
The digital world is changing religion in various ways 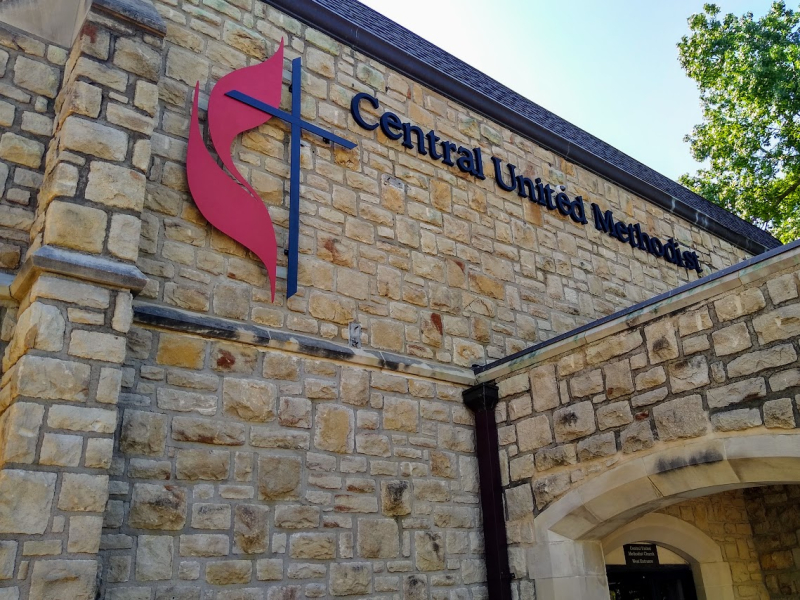 This seems to be the summer of Kansas City area faith communities combining.

And two Conservative Jewish congregations, Beth Shalom and Ohev Sholom have decided to merge. I've just linked you to a Jewish Chronicle story about that. As many of you no doubt know, I capitalize the word "Conservative" because it's the official name of one of the primary branches of Judaism -- Reform, Conservative, Orthodox and Reconstructionist -- not because it's full of people who are politically conservative, whatever that means anymore.

Although I'm not a Methodist (despite the fact that I once was married in a Methodist church), I have connections both to Central (next door to which I now live) and to COR.

One of my daughters and her family once were members of Central and later of COR, while my other daughter first attended preschool at Central and later taught preschool there. (Knowing that daughter as I do, I bet she no doubt also taught teachers some things even while she was a preschool student there.)

And Central is where I first met the Rev. Adam Hamilton, then an associate pastor there before he became the founding pastor of COR, the largest United Methodist Church in the country. Adam even wrote the foreword for my latest book, Love, Loss and Endurance: A 9/11 Story of Resilience and Hope in an Age of Anxiety.

There seems to be a kind of organic life in Christianity, especially in Protestant churches in the U.S. Which is to say that churches grow, shrink, merge, disappear and split pretty frequently. That's been especially true after World War II, when a vast majority of Americans identified as Protestant. Today Protestants make up less than half of Americans who identify as affiliated with any religious tradition. 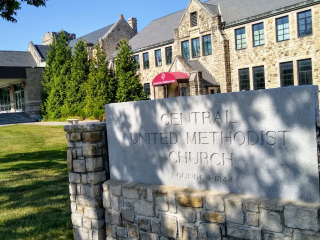 No doubt some of those dynamics played into the decision to close Central and have it become, instead, a campus of COR.

In any case, I want to share with you what the Rev. Sally Haynes, Central's pastor, shared with her congregation about this change. On July 1, she wrote:

I want to share with you the results of last night’s Church Conference, where we voted whether to close as Central UMC in order to reopen as a campus of Church of the Resurrection.

As a result of this vote, our last worship service as Central UMC will be on Sunday, September 25. The first service on our site as Church of Resurrection will likely be December 11 or 18.

You’ll be getting lots more information in the days ahead about how we’ll celebrate Central’s legacy between now and our closing. You’ll also be hearing much more about Resurrection’s ministry plans as they develop. By the way, Resurrection will hold their own vote in a couple of weeks to receive Central, so please hold them in prayer as they complete their own discernment process. There is every expectation that their vote will pass, affirming everything that I’ve said above.

Beyond the many meetings we’ve had and last night’s vote, I want to invite you to pause a moment and allow the weight of our actions to sink in. As you breathe in and out, what emotions are you feeling?

If you’re like me, you’re feeling the whole spectrum. Gratitude for all that Central has meant. Grief at the ending of what was. Excitement for what will be. Anxiety about what changes will occur. And hope for a future that is bigger than can be imagined in this moment. Hope, always hope.

Whenever I’ve wondered if this change might be too much for us, I’ve thought about the wall of pictures of Central’s previous buildings in the downstairs breezeway. The oldest picture shows Kansas City as a frontier town, the last stop for provisions before heading off into the prairie. You can practically smell the fresh-cut lumber of the building scattered around the dirt roads. There is a steeple visible above that rugged town, and that steeple is us. Other pictures show different church buildings, locations, and names over the decades. Our history has been doing whatever it takes -- moving, merging, changing names -- to share the good news of God’s love through Jesus Christ to our area. We’ve been doing that since 1844, and this vote allows us to share this powerful DNA so that our legacy can continue.

The Good News will continue to be shared with a world that needs it so powerfully because, once again, Central is willing to do whatever it takes.

So, this morning I am breathing deeply, grateful for the past, and hopeful for the future.

And here's what Adam Hamilton later shared with the COR congregation on the church's website:

Thank you to all who attended our Church Conference last Saturday in person or online. We voted to approve Central United Methodist Church at 51st and Brookside as a new location of Church of the Resurrection.

The vote was nearly unanimous (165-3) with a lot of excitement. This is a remarkable opportunity to continue and expand upon the historic work Central has done in building a Christian community in this part of the city. The first public school classes in Kansas City were held at Central. UMKC began holding classes at Central. Shepherd’s Center International and Kingswood Manor retirement community were started out of Central. And Central UMC played a key part in starting Resurrection.

The planning and transition process is underway. Central will worship until September 25 when they will have their final service and close, passing the baton to Resurrection. We will then begin preparing to launch this new Resurrection location in December (with activities taking place for Central members between September and December). If you live in the Plaza/Brookside area and might be interested in helping launch this location and worshipping there, can you take a minute and let us know?

The Jewish Chronicle piece to which I linked you above gives some explanation for why the two Conservative congregations elected to merge. My only insight into that is that sometimes it's more difficult for people in the middle -- labeled, say, moderates or centrists -- to attract the kind of energy and enthusiasm that can be found at either end of the continuum, whether we're talking religion or politics or even music and other forms of art.

But remember also that the total religious landscape in the U.S. has been changing in recent decades to the point that at least 25 percent of adult Americans now identify as religiously unaffiliated. American Judaism reflects that. As the Pew Research Center reported in 2020, some 27 percent of American Jews identify as non-observant, or non-religious.

In any case, the reality is that religion in Kansas City is far from static. Houses of worship open, change, move, close. Individuals commit to one path but then change to another or to none at all.

As these Christian and Jewish mergers this summer prove again, the landscape changes regularly. But, as I wrote recently, if all religious communities ever disappear, we'll all be sorry.

PAWHUSKA, Okla. -- I'm in Oklahoma this weekend with a group from my church visiting museums and other sites related to Indigenous life in the U.S. It's part of the anti-racism work we're trying to do, and that begins with educating ourselves. So this note will have to suffice for the usual second item here on the blog.