Home Archives Profile
Suppose all the faith communities just disappeared
Is the U.S. susceptible to another civil war? A really good question

Abortion? Humans disagree about what a 'person' is

Much of the abortion-related discussion both before and after the U.S. Supreme Court overturned its 1973 Roe v. Wade decision has been about when life actually begins. 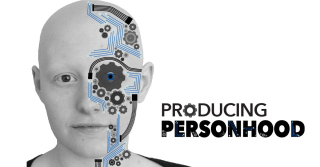 But as this intriguing piece from The Conversation suggests, maybe that's not the most basic question. Rather, the author says, we should be talking about what it means to be a "person" and about how different cultures around the world have come up with different answers to that question. (The author is Robert Launay, a professor of anthropology at Northwestern University.)

I'm sure I should have expected that there would be different views about what "person" means, but I admit I've never given it much thought. A person is simply another human being, right? Well, says Launay, who specializes in the study of non-European religions, not so fast. It's more complicated than that. He writes: "The central question is what – or who – constitutes a person."

Answers to that question vary a lot, it turns out, though some answers are far more popular than others. For instance, as Launay notes, "Ideas about personhood in U.S. culture are largely a product of Christianity, in which personhood is inextricably tied to the notion of the soul. Only a being who possesses a soul is a person, and personhood is treated as a black-and-white matter: Either a being has a soul or it does not."

But then, of course, you can easily wander into a discussion of whether there's a difference between a person's "soul" and "spirit," and, if so, what is it? Let me know if and when you settle that one.

Launay is right that Christianity focuses on one's soul, but let's make a side point here to say that Christianity doesn't teach that people have immortal souls. (That's an old Greek idea that somehow has wormed its way into parts of Christianity.) Only God is immortal. If someone is to live eternally in the presence of God (call that heaven, if you like), that will happen only because God grants that person that gift, not because when the person was born he or she was given an immortal soul. You can find more about this idea about soul in this 2020 blog post, which includes links to some references.

Launay writes a bit about the Beng culture of Côte d’Ivoire (Ivory Coast), saying, "For Beng, all babies are reincarnations of people who recently died. They emerge from a place called 'wrugbe,' which is simultaneously the afterlife and a sort of before-life." And apparently it's not immediately clear whether the newborn already is his or her own "person" or retains something of the personhood of the one who recently died.

It reminds me of the Tibetan idea of "bardo," which that great source of all accurate wisdom, Wikipedia, describes as "an intermediate, transitional or liminal state between death and rebirth." If you haven't read George Saunders' amazing novel, Lincoln in the Bardo, I highly recommend it, having just finished it. (Whew. What a read.)

Launay also notes that in some cultures, “'Persons' are not even necessarily human." Remember, in fact, that the U.S. Supreme Court, in its "Citizens United" ruling, declared, in effect, that corporations are persons. (For many reasons, we need to get that ruling fixed.)

So it's no wonder that human beings argue about abortion, about when life begins, about what a person is. And it helps to be at least a little bit humble about thinking you know the final word of truth about all of this.

(It's intriguing that as more scholars and legal experts begin to analyze the recent Dobbs case in which the Supreme Court overturned Roe, they're finding inconsistencies in the court's wording about what it means to be a "person." This article from Religion & Politics is a good example.)

A YOUNG EARTH IN AN ANCIENT COSMOS?

The stunning newly released images from the James Webb Space Telescope once again raise the question of when, if ever, folks who believe that Earth is just a few thousand years old will concede that they've lost that election. As this RNS piece by religion scholar Mark Silk notes, despite the telescope's evidence that what it's seeing is billions of years old, "there certainly are Christians who don’t accept it. Foremost among them are 'young Earth' creationists such as those associated with Answers in Genesis, the fundamentalist Christian apologetics organization that was founded in 1980 as the Creation Science Foundation." (Wonder if those folks include some flat earthers in their midst.) Silk quotes one of the young earthers this way: “God created everything in the heavens and the earth within six literal days approximately 6,000 years ago (per the biblical timeline), all for his glory.” It must be sad and disheartening to miss all the poetry, the allegory, the myth and the mystery in scripture. But whichever way the biblical literalists use to figure out the Earth's age, I bet they have made a 24-hour adjustment for the time the sun stood still for that long, as described in Joshua 10:13. After all, you want to be as precise about such matters as you can be.

P.S.: My latest Flatland column is now online. It's about a priest who, through no fault of his own, has had what he calls a cloud over his priesthood. You can read it here.