Some scholarly help to unpack LGBTQ+ issues in religion

The small northern Illinois town in which I was born, Woodstock, had a population of about, 6,500 at my birth. By the time I was graduated from high school, that number had crossed 9,000 and was continuing to rise. 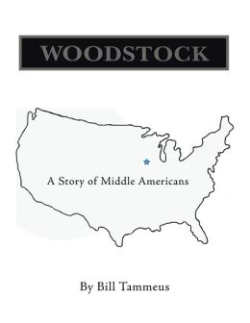 As far as I knew, none of those people was gay. Not one. Which tells you what I knew.

Today, Woodstock's population has exceeded 25,000. I'm guessing the LGBTQ+ community there is, proportionately, the same as it is across the country.

(I deal with my somewhat limited background on this and other subjects in my book, Woodstock: A Story of Middle Americans.)

As an adult, my education about life in the LGBTQ+ community has been advanced by subjects I've written about (maybe starting with Bill Clinton's misguided don't-ask-don't-tell policy) and by my involvement in such church matters as my congregation's AIDS Ministry.

When I joined the congregation of which I'm still a member, our denomination barred the ordination of otherwise-qualified gays and lesbians to ministry or elective office. But because the home my family bought not long before joining that church was next door to a wonderful male gay couple, I felt compelled to do the theological and biblical exegetical work to decide whether my denomination was right or wrong. It was wrong, though it took a long battle until 2011 for it to change its mind and allow gays and lesbians to be ordained.

As this struggle was underway, I wrote this essay trying to describe what the Bible says about homosexuality and why the Bible should not be used as a weapon in this dispute.

So, to advance the story a bit: In late 2015, I attended a conference in Kansas City sponsored by The Reformation Project (TRP), which has taken upon itself the task of trying to help evangelical Christians understand that there is no good biblical reason to condemn homosexuality. 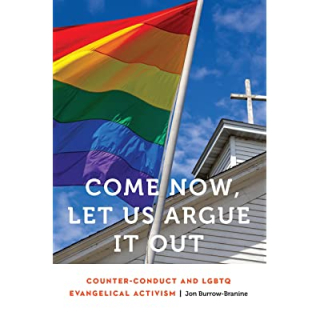 One of the people at that conference, Jon Burrow-Branine, was doing a scholarly study about all of this, though Jon identified neither as gay nor Christian. He did, however, believe that TRP's work was important and needed to be understood and spread.

The University of Nebraska Press recently published Jon's summation of that work in a book called Come Now, Let Us Argue It Out.

I point it out to you as one more helpful resource that is moving along the conversation about LGBTQ+ folks and religion. There are, of course, still communities of faith that believe homosexuality is sinful. It's one reason the United Methodist Church is in the midst of a schism at the moment.

But for a long time there have been faith leaders who have insisted that if your religion leads you to consider certain people as second-class or even sub-human, you're getting things wrong. Religion should be a liberating force in the world. That it hasn't always been is its shame.

Burrow-Branine takes a careful, scholarly approach to this whole subject, though it's clear that he supports the liberating aims of such groups as TRP. If this subject is one with which you or your faith community struggles, perhaps his insights and experience as described in this new book can help. There must be room for grace in these conversations. That's part of what Burrow-Branine offers here.

Speaking of LGBTQ+ issues, perhaps you're wondering whatever happened to the impending schism (I mentioned it above) in the United Methodist Church. It's a long, complicated story, but this RNS article does a pretty good job of putting you up to speed on why that formal schism hasn't happened even though an informal one already has. In short, the Methodists have made kind of a mess of all of this, especially those who have broken away to found what they're calling the Global Methodist Church. But this split-split-and-split-again pattern has been pretty much the norm since the Protestant Reformation began in the early 1500s. It reminds me of a cartoon that shows a desert island. When rescuers show up, the lone man on the island points to a small building and tells his rescuers, "That's my church." But they see a second small building and ask about it, to which he replies, "Oh, that's the church I used to belong to."