Chaplains may be more important now than they've ever been

A few years ago I wrote this Flatland column about the work that chaplains do in the Kansas City area. 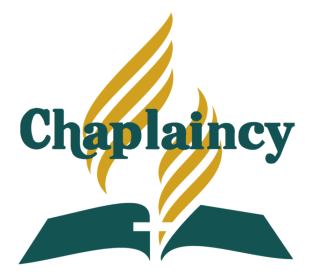 As I noted in the piece, "The National Board of Chaplaincy Certification, an affiliate of the Association of Professional Chaplains, sets the standards for credentials. Not too many years ago, almost anyone could serve as a chaplain at a hospital or other institution, but now the rules are tighter."

Indeed, chaplaincy has changed -- in the past century but particularly in the last few years. This article from The Conversation describes some of that change and reminds us how valuable chaplains can be.

"In hospital settings before the 1920s," the story says, "chaplains were retired or volunteer clergy with no special training. They visited patients in their own religious traditions alongside other volunteers. Religiously founded hospitals also frequently had priests, ministers or rabbis in service, reflecting the hospital’s religious affiliation."

What I found intriguing about The Conversation piece was this: "Chaplaincy emerged as a professional field in the mid-20th century out of Protestant efforts to reform theological education. Concerned about the growing influence of psychology and psychiatry in matters previously understood only as spiritual, Protestant theological leaders in the 1920s sought to get students out of classrooms and into real-life situations where they would learn to respond to the challenges and struggles people face in their daily lives."

Recently here on the blog, I wrote about what that latter attitude can do. In short, it can mess you up in countless ways. Which is not to say that religious faith isn't important. And it's not to suggest that God can't or doesn't heal or comfort people in crisis. But it is to say that we have professional mental and behavioral health workers for good reasons.

The Conversation article also mentions what chaplains and theological educators call C.P.E. -- Clinical Pastoral Education. I know chaplains and others who have been through this on-site (usually at a hospital) training who say that it's the best course they ever took in their seminary education.

In it, chaplains-to-be or pastors-to-be learn how to deal with still-born babies, with dying teen-agers, with 100-plus-year-old people who still haven't found any comfort with the idea of death.

As The Conversation piece notes, chaplains have become more important in this time of Covid, and we all should be glad they're available. But it wouldn't hurt to say thanks now and then.

In so many ways, the government headed by Prime Minister Narendra Modi of India has been a disaster. His Hindu nationalist party has created a hostile environment for the millions of Muslims and followers of other faith traditions there. Now Muslims are angrily and justifiably reacting to remarks made by members of Modi's ruling party, remarks that seemed to denigrate Islam. This is governance by division. The people of India should fix this in the next election.