Home Archives Profile
Should religious leaders keep their jobs for life?
What can it mean to say that the Bible is 'America's book'? 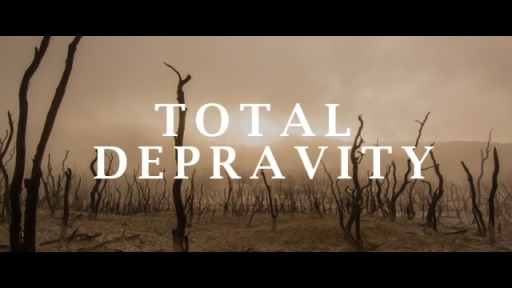 John Calvin, the early Protestant reformer recognized now as one of the founders of the Presbyterian church, promoted a doctrine that went by the attractive name of "The Total Depravity of Humankind" (or Mankind, in the language of his day).

The name sounds worse than what the doctrine proposes. For instance, theologian R. C. Sproul, in the article to which I just linked you, says that "the idea of total in total depravity doesn’t mean that all human beings are as wicked as they can possibly be. It means that the fall was so serious that it affects the whole person." But that gets us into what we mean by "the fall" and what we mean by "original sin" and so forth.

Let's just say that the "total depravity" idea doesn't make humans look very good. And when you look at history, it's pretty clear why they don't look so good. 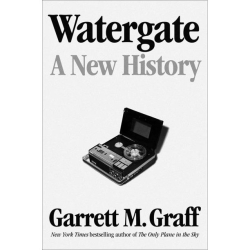 As the Jan. 6 select committee in the U.S. House has been holding hearings recently, I've been reading a new book about a previous presidential scandal: Watergate: A New History, by Garrett M. Graff. And I've been catching CNN's new series, "Watergate: Blueprint for a Scandal" (in which, by the way, former White House counsel John Dean stays true to form and tries to make himself look as good and innocent as possible under difficult circumstances).

Dean, however, does make this wise and true observation: "What we have learned from Watergate is almost nothing." (Just to remind ourselves, Friday was the 50th anniversary of the break-in.)

The point is that somehow these scandals continue to roll through history in one of the most religious countries in the world. The crucial question is why don't the moral teachings of the world's great religions seem to make much difference in either preventing or stopping national political scandals.

It's a serious question, but it does not mean that religion does zero good. Every day all over the country you can find people motivated by religious teaching helping others in need, working against structural systems that oppress people and lifting up the lost and the lonely. But power is a strong aphrodisiac. It can -- and often does -- claim people with the best of intentions.

And yet even within powerful and potentially corrupt political systems it's possible to find voices expressing moral conviction, however unevenly. As Graff, for instance, writes of Sen. Sam Ervin, who headed the U.S. Senate committee that investigated the Watergate scandal, "The words tumbled out disarmingly, softened by the gentle Southern tones and the folksy idiom. But they conveyed a sense of moral outrage."

Moral outrage at what? John Dean is quoted in Graff's book this way on that question: "The burglary at the Watergate was just the last of a series of similar acts over a period of years sponsored by the White House. It was really not unusual, in light of what had been going on. A way of life had developed in the White House which made a burglary or an illegal wiretap acceptable and almost normal behavior."

Ervin added this as the Watergate hearings began: "If the many allegations to this date are true, then the burglars who broke into the headquarters of the Democratic National Committee at the Watergate were, in effect, breaking into the home of every citizen of the United States. And if these allegations prove true, what they were seeking to steal were not the jewels, money or other property of American citizens, but something more valuable -- their most precious heritage: the right to vote in a free election." (Perhaps you, too, see a parallel to Trump's Big Lie scandal.)

But early in the Senate's Watergate hearings, Sen. Lowell Weicker, a Connecticut Republican (and, later, an independent), outlined the moral problems in the Nixon administration in breath-taking depth:

Sounds like maybe Nixon hadn't been paying attention to the Quaker faith in which he was brought up as a child. Similarly, Trump says he was reared a Presbyterian. How embarrassing for both faith communities.

(Oh, and notice that so far I haven't even mentioned Nixon's disgraced vice president, Spiro T. Agnew, who pleaded no contest to bribery charges. Graff concludes that Agnew "was just a run-of-the-mill crook who had ended up vice president.)

In atmospheres driven by power, values can get flipped upside down, like the soldier in Vietnam who once explained that he and others had to destroy a village to save it. As G. Gordon Liddy, one of those convicted in the Watergate scandal, explained, "I know it violates the sensibilities of the innocent and tender-minded, but in  the real world, you sometimes have to employ extreme and extralegal methods to preserve the very system whose laws you're violating."

As Graff writes, "Nixon was so deep into so many conspiracies that he didn't realize that his attempt to get out of one might actually lead the world straight to another." Which is why, on Nixon's secret White House taping system, he's once heard to say that the White House staff needs to keep "one jump ahead of the f. . .ing sheriff."

Whether we're talking about the Watergate break-in and coverup or Trump's Big Lie about the 2020 election being stolen, we're looking at Calvin's total depravity idea in living color. What should give us pause, of course, is that you and I are capable of such evil, too. That doesn't excuse us from using our prophetic voices to point out evil when we see it, but it doesn't ever allow us to say that we, by contrast, are completely innocent.

It's also useful to note that this kind of political corruption reduces the chances for serious discussion about policy differences between and among the parties. Our elected officials should be focusing on a rational debate about policy alternatives to benefit the common good, not on dirty political tricks rooted in basic immorality.

If Calvin's old doctrine helps us see that each of us is capable of malevolence, maybe we should keep it around. And we should keep studying questions about moral agency, as researchers from Japan have been doing, recently reporting that infants as young as 8 months old can and do recognize antisocial behavior in others and punish the ones who commit it. Where were those babies when Nixon and Trump needed such discernment?

ANOTHER STRIKE AGAINST AUTHORITARIANISM

As India is in the midst of deep controversy over its Hindu leaders denigrating Islam, an Islamic scholar raises the intriguing question of why Islamic governments "are very vocal when it comes to the cases of verbal or artistic attacks on Islamic values, whereas they are generally silent about human rights violations against Muslim individuals." The author of the piece to which I've linked you also asks why "another characteristic of authoritarian Muslim governments is their own violations of the rights of religious and ethnic minorities." In the end, he concludes this: "Authoritarianism in the Muslim world has tragic consequences for Muslim minorities in India and elsewhere."

P.S.: A new poll released Friday shows the number of Americans who believe in God has sunk to a record low since the Gallup folks started asking about this 78 years ago. Now God has a clearer sense of what Joe Biden has been feeling recently.