Home Archives Profile
Chaplains may be more important now than they've ever been
Should religious leaders keep their jobs for life?

Women are still battling against the stained-glass ceiling

The ordination of Margaret Towner, the first female pastor in my denomination, the Presbyterian Church (USA), happened in 1956 in Syracuse, N.Y. 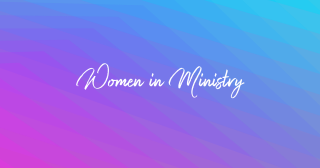 Marg, as she calls herself, still participates in church activities, though now in retirement in Florida. From time to time I've written about her in various venues so we stay in irregular email contact.

The Episcopal Church, under heavy pressure from women and their supporters, finally started ordaining women in the late 1970s.

Other Christian denominations began ordaining women earlier and some continue to refuse to ordain them. You can find a Wikipedia list about all that here.

I mention all this by way of introduction to this opinion column recently published by The Salt Lake Tribune. In it, Dale A. Whitman, a retired law professor who has taught at Brigham Young University and the University of Utah, urges faith communities such as the Catholic Church and the Church of Jesus Christ of Latter-day Saints to start treating women as equals with males.

"Today," he writes, "most American institutions, at least nominally, reject sexism and discrimination and support the rights of women to fair and equal treatment. The principal exceptions to that statement are Christian religions.

"Most of the mainline Protestant denominations have now abandoned sexism, but it remains firmly entrenched in Roman Catholicism, most evangelical churches and The Church of Jesus Christ of Latter-day Saints. Their clergy and leadership positions are reserved for men. This is surprising, as there is not a shred of theological justification for different treatment of men and women anywhere in the New Testament (or in Latter-day Saint scriptures either, for that matter)."

Every religion, of course, is free to establish its own rules about membership and leadership. And that freedom should be respected even if you or I would do things differently.

But as someone who has benefitted from the ministry of ordained women, I find it sad to think about what people in faith communities that reject ordained female leadership are missing.

The associate pastor of my congregation, for instance, recently received her doctorate of ministry degree and, the next weekend, preached this powerful sermon about respecting the right of women to make decisions for themselves. It's a sermon only a woman could have preached. A man's approach might have made some similar points but it would not have reflected a woman's personal experiences.

In my most recent book, I tell the story of how one of our previous associated pastors came to our house as soon as she learned that my nephew had been among those who were murdered in the 9/11 terrorist attacks. She knew what to say (very little) and what not to say. I attributed some of that wisdom to her own experiences as a female operating in a male-dominated world.

In some important ways, religious communities have been leaders in liberation movements, peace movements, environmental movements. But in some ways -- such as women's and LGBTQ+ liberation -- they have been reluctant followers or even enemies. And every day those of us active in such a community ask ourselves whether to stay and work for change from the inside or leave in exhaustion and disgust.

It can be a hard call. It shouldn't have to be a call at all.

BIRMINGHAM, Ala. -- I arrived here Thursday evening to participate in the annual conference of the National Society of Newspaper Columnists. While I'm gone you won't find the usual second item here on the blog. Something like normality should return soon. 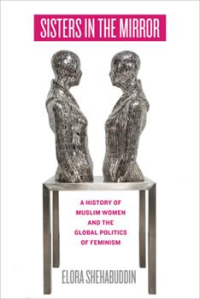 Sisters in the Mirror: A History of Muslim Women and the Global Politics of Feminism, by Elora Shehabuddin. It's hard to imagine a group of people less understood around the world than Muslim women. And the stories of how they relate to feminism and liberation movements seem equally baffling to most people. This book's author, who teaches at Rice University, seeks to lift the veil, so to speak, on all of this and more. She notes that there are conflicting stories even among feminists "about the global history and politics of feminism." Her goal is to tell a more accurate story. That can be done, she writes, "if we understand feminism to encompass both ideas about gender equality and social movements to enact change based on these ideas and if we keep in mind the history of unequal power relations binding different parts of the world." It's a complex story, and she doesn't begin it in the 21st Century but, rather, hundreds of years earlier to provide historical context. And she argues "that feminist movements in the West and in Muslim societies have developed in tandem rather than in isolation, even helping to construct one another." By the way, this is a book I suggested that the Kansas City Public Library purchase, and it's now available at both the Central and the Plaza branches.