We face social disasters if we don't fix social media 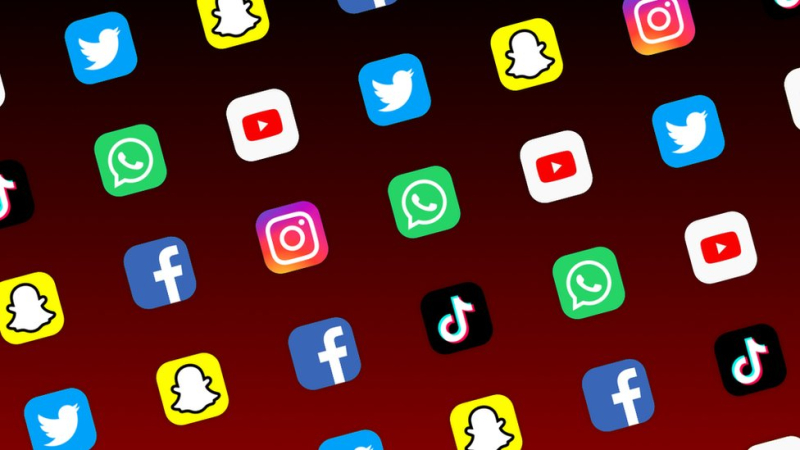 As you may have noticed, the human capacity for evil has transformed social media. It has moved from mostly a fun and interesting way to share thoughts and news with people we at least sort of know to an appalling source of hatred, misinformation, disinformation and did I mention hatred? Plus cat videos.

Many of you know that but, like me, continue to use social media, and sometimes for worthy purposes. But perhaps you haven't paid enough attention to its propensity to draw out the worst in humanity. This article from the current issue of The Atlantic will put you up to speed about how and when this has happened.

Before I get into some of those disheartening details, I want to say that there are things you and I can do to work against the hatred, extremism and lies that are regularly found parading around social media in the guise of wisdom and enlightenment. In fact, I think it's our job to find ways to do that if we care at all about the common good. I'll have a bit more to say about that at the end of this post.

The Atlantic piece was written by Jonathan Haidt, a social psychologist at New York University and author of a book I recommend: The Righteous Mind: Why Good People Are Divided by Politics and Religion.

As he notes early in the piece, "Social scientists have identified at least three major forces that collectively bind together successful democracies: social capital (extensive social networks with high levels of trust), strong institutions and shared stories. Social media has weakened all three. . .Social media has both magnified and weaponized the frivolous. . .It’s not just the waste of time and scarce attention that matters; it’s the continual chipping-away of trust."

No doubt you've seen this yourself if you've ever tried to carry on a worthwhile conversation via text or social media with someone with whom you have political disagreements. There are ways to have such conversations and to have them be enriching for all participants. But the results often are at best disappointing and at worst destructive of relationships when those conversations happen via social media or text messages.

It's not just personal relationships that get wounded and even destroyed through social media, it's important institutions. As Haidt writes, "Part of America’s greatness in the 20th century came from having developed the most capable, vibrant and productive network of knowledge-producing institutions in all of human history, linking together the world’s best universities, private companies that turned scientific advances into life-changing consumer products and government agencies that supported scientific research and led the collaboration that put people on the moon. . .So what happens when an institution is not well maintained and internal disagreement ceases, either because its people have become ideologically uniform or because they have become afraid to dissent? This, I believe, is what happened to many of America’s key institutions in the mid-to-late 2010s. They got stupider en masse because social media instilled in their members a chronic fear of getting darted." 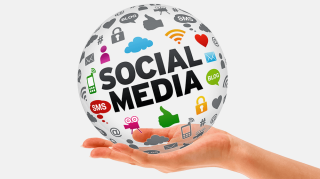 (Darted is a term referring to Haidt's contention that social media equipped its users with sharp verbal darts to be tossed willy-nilly at people with whom one took issue.)

Political institutions, of course, are included in the list of institutions that got stupider. As he notes, "American politics is getting ever more ridiculous and dysfunctional not because Americans are getting less intelligent. The problem is structural. Thanks to enhanced-virality social media, dissent is punished within many of our institutions, which means that bad ideas get elevated into official policy."

Haidt confesses that he doesn't have all the answers for how to fix all this, but he does make some helpful suggestions, one of which is to "Prepare the Next Generation."

He describes his ideas for that in some detail, and you can read all that for yourself. I just want to add that already there are efforts in the Kansas City area to teach the next generation how not to fall into the trap of bitter wars through social media. One of those efforts is led by the SevenDays organization, which works with high school students to promote in students the values of kindness and care.

SevenDays was created after the 2014 murders of three people at Kansas City area Jewish institutions. Mindy Corporon lost one of her sons and her father and Jim LaManno lost his wife to the spiteful violence by a neo-Nazi. (All three victims were Christian.) Mindy decided her job was to respond not with bitterness but with love and care. So the task of SevenDays (I'm a relatively new board member) is to overcome hate through education and dialogue. And young people are a particular -- but not the only -- focus of that work.

Every school, congregation and youth club should offer social media training for students so they know what is acceptable and what is unacceptable free speech. The idea is not censorship. Rather, the idea is to give students tools that will help them not fall into the trap of responding to hate with more hate.

We can't do this work soon enough. Haidt again: "(W)hile social media has eroded the art of association throughout society, it may be leaving its deepest and most enduring marks on adolescents. A surge in rates of anxiety, depression, and self-harm among American teens began suddenly in the early 2010s. (The same thing happened to Canadian and British teens, at the same time.) The cause is not known, but the timing points to social media as a substantial contributor — the surge began just as the large majority of American teens became daily users of the major platforms."

So we all have work to do, no doubt starting in our own families. But we can't just leave it there. Teaching young people how to conduct civil and respectful discourse has to happen or the costs will be too great for society to bear.

Slowly, the history of how Indigenous people in what is now Canada and the U.S. were treated by (Christian) European invaders is being revealed. The most recent example was an apology by the head of the Worldwide Anglican Communion for the church's role in running boarding schools for Indigenous children in Canada -- schools where many died as their overseers tried to wipe out their culture and turn them into white kids. Despite the deaths and mass graves, Indigenous people on both sides of the border still survive, and now is the time to learn about them and discover how their culture and approaches to ecology, for example, can instruct the rest of us.

P.S.: Ready or not, the long-delayed schism of the United Methodist Church just got more real, as this Christianity Today story reports. Without a formal schism vote, the Global Methodist Church launched on May 1. As the CT story to which I've linked you says, "the new denomination plans to uphold traditional, conservative Wesleyan theology but run on a lighter, leaner infrastructure that emphasizes grassroots accountability and ministry connections." At its base the GMC will stand against treating LGBTQ+ folks equally with others by denying them ordination. Theology that finds ways to divide and oppress people stands against anything Jesus taught.

ANOTHER P.S.: Republican Sen. Susan Collins charges that what appears to be votes by Justice Brett Kavanaugh and Justice Neil Gorsuch to overturn the 1973 Roe vs. Wade abortion decision was "completely inconsistent" with what they said at their confirmation hearings and in discussions with her. It's another distressing sign that increasingly nowadays Supreme Court justices are partisan and that, like many annoying politicians, they'll say things they don't really mean just to advance their careers. In any event, if the draft Roe vs. Wade decision stands, the political climate in the U.S., already at a divisive boil, is likely to get much worse. Sigh.