Home Archives Profile
How do we account for the shrinking of American Christianity?
Thinking theologically about the inevitable death of our home planet

What you think you know about 'patient Job' is probably wrong

What do lots of people think they know about the book of Job in the Hebrew Bible and, for that matter, about Job himself? 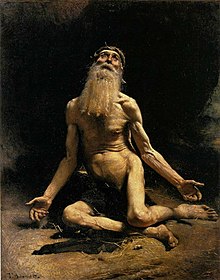 First, that Job was a patient man. How else would we get the cliche "the patience of Job?" Well, wrong. Job was far from a patient man. He knew that what was happening to him was bad and wrong and he wasn't about to put up with it. Someone must have used the "patience" phrase first sarcastically.

Second, that Job deserved what he got because of his sins. Wrong again. Even God, at the start of the book, declared Job to be a righteous man.

Third, that Job's friends who told him why he was suffering got it right. Nope. Each one of them offered conventional wisdom about suffering -- the very conventional wisdom that the book of Job was designed to undercut. That's why I sometimes call Job's know-it-all friends the biblical three stooges.

Fourth, that at the end of the book Job repents "in dust and ashes" and is finally in a happy relationship with God. Not quite. At least not according to a new translation of Job by Edward L. Greenstein, an emeritus professor of Bible at Bar Ilan University in Israel. (I wrote about this translation here.) Greenstein insists that the "dust and ashes" version is a mistranslation. Greenstein's version has Job, at the end, telling God that now that he's seen and heard God he's "fed up" and that he "takes pity on" what Greenstein, in a footnote, calls "wretched humanity."

Fifth, in chapter 1 of Job, all his children die but in the last chapter he gets them back. Wrong again. Oh, it's true that his kids die, and that in the last chapter, in addition to having his wealth and livestock restored, he has three sons and seven daughters. But they're not the ones he lost. They're different because, of course, dead people simply can't be replaced with themselves. So Job's new children should not be thought of as replacements at all for the dead ones. That's because in Judaism and in Christianity (and some other faith traditions) each human being is singular and irreplaceable.

All of which brings me to this article in a recent issue of The Christian Century, called "The Book of Job Is a Parody: A Capricious, Insecure God."

In it, Kathryn Lopez, who teaches biblical studies at Campbell University in North Carolina, may be adding to the list of what people get wrong about Job.

"Sometimes I picture the author of Job looking down at us and shaking his head. What he meant to mock, we take seriously. The book of Job mocks the hollow piety found in his world and in ours. This is the idea that believers are required to act out a false patience and accept suffering as 'God’s will.' This view imagines, falsely, that it is more faithful to suppress the pain of our circumstances than to express legiti­mate anger. It imagines that hard questions lead to lack of faith and that to question God is to invite destruction. It ends up insisting on conformity that leads to spiritual abuse and deforms the human soul.

"This is not the faith that the author of Job wants for us."

But often it's the faith with which people are left through incompetent religious leadership or through a failure to ask -- or insist on answers to -- the hard questions of religion. (Which is why I wrote my book called The Value of Doubt.)

In the end, Lopez writes, "The book of Job comes into focus as a parody of flimsy faith and platitudes. Its rich poetry gets richer; its contradictions begin to make sense; its capricious God can be interpreted and not simply feared. The implications of this reading may not be fully clear, but at the very least they allow us to return to the book of Job and be surprised."

When we learn about such insightful readings of supposedly familiar biblical texts, it helps not to jump to the conclusion that the author is dead wrong because everybody, for instance, knows that Job was a patient man whose well-meaning friends often were right about Job suffering because he sinned. Not jumping to conclusions takes patience. Just not the alleged patience of Job.

(The painting here today, which Wikipedia uses with its entry on Job, is by French painter Léon Bonnat.)

AN ANCIENT STORY OF RELIGIOUS PERSECUTION

Archeologists in Turkey have turned up what researchers now have decided was a huge underground city that served as a hiding place for persecuted Christians and Jews at the time Christianity was emerging from Judaism as a separate religion. As the Smithsonian article to which I've linked you reports, "The city is thought to have housed roughly 70,000 people in the second and third centuries C.E., Live Science’s Tom Metcalfe reports." Has there ever been a time when people of faith weren't persecuted -- and often by people of a different faith tradition? (Or, as Job must have felt, persecuted sometimes even by the god one worships?)