Home Archives Profile
Finally, a start on an accounting of a shameful page of U.S. history
What you think you know about 'patient Job' is probably wrong

How do we account for the shrinking of American Christianity?

Today we consider once more the diminishment of American Christianity -- in membership, in influence, in various ways -- from both a Protestant and a Catholic perspective. 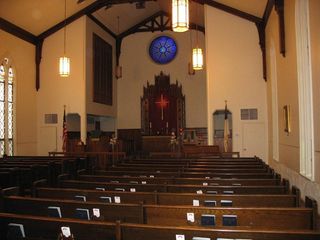 First, this opinion piece from Religion Dispatches suggests that we can learn more about how and why the church is failing by looking at the upcoming U.S. Supreme Court abortion decision on Roe vs. Wade.

The author, the Rev. Peter Laarman, writes that he's been "thinking about what my Protestant tradition calls the 'prophetic office' of the clergy, in which a responsibility to resist unjust power is supposed to join the 'teaching office' (i.e., faithful preaching and religious education) and the 'priestly office' (administration of the sacraments and pastoral counseling) as one of three core ministerial responsibilities.

"In the mainline churches that prophetic office seems to be all but extinguished."

Laarman adds this: "Howard Moody was a prophetic preacher of the highest order, but in the case of the Clergy Consultation Service on Abortion (CCS), which he created along with his colleagues Arlene Carmen and Art Levin, he let prophetic action do the preaching as he and his co-workers developed a network of 1,400 ministers and rabbis all across the country who. . . 'opened the lives of women' to a large cohort of mostly male clergypersons at a time when abortion was illegal in every state."

But that changed as clergy who identified as conservative or evangelical "ruined the mainline Protestant churches, turning off the people in the pews and driving out the moderates and generally setting the stage for the very sharp decline in mainline Protestant power and prestige that continues to this day. According to this narrative it follows that today’s tongue-tied mainline clergy do well to go slow, or even stay entirely silent, on issues considered potentially 'divisive.'”

So without bold leaders, people leave -- and, of course, some leave precisely because of bold leaders just as some are attracted to bold leaders who become rabidly political in ways that compromise the gospel. Indeed, as a piece in the June issue of The Atlantic  ("How Politics Poisoned the Church") says, Christian evangelicalism has morphed "from a spiritual disposition into a political identity. It's heartbreaking."

That article, by Tim Alberta, talks about such evangelical pastors as Bill Bolin of the FloodGate Church in Brighton, Mich., and notes that "substantial numbers of evangelicals are fleeing their churches, and most of them are moving to ones further to the right," where sermons, if one can call them that, feature anti-vaccine rants, the spread of QAnon conspiracy theories and complaints that the 2020 presidential election was stolen from Republicans.

"The church," Alberta says, "is not a victim of America's civil strife. Instead, it is one of the principal catalysts."

As for the Catholic side, Fr. Thomas Reese, a Jesuit priest, writes in this RNS column that "There are numerous signs that the Catholic Church is failing in Western countries. There are few vocations, church attendance is down and young people are leaving the church in droves. There are as many theories explaining this decline as there are commentators, but the theories can be collected in two major baskets: those that blame culture and those that blame the church itself."

But he adds this: "Liberals believe Vatican II was just the beginning of reforms that were necessary for the church. They believe the hierarchy, especially John Paul II, feared chaos in the church and shut down any further reform. The documents of the council were interpreted through a conservative lens, and theologians were labeled dissidents and silenced if they did not toe the Vatican line."

All these theories, however, ignore the voice of experience of the people in the pews, he writes. If they have a bad experience, he says, they simply abandon the church. He puts it this way: "Ideas are important, but experience often matters more. Lots of people stay in the church even though they disagree with some church teaching. But a bad experience in confession, at a wedding or at a funeral can turn people away for good."

All of which raises the question for Christians of who is shaping Christianity in America for the future? There are efforts to do that, for sure. But it seems to me that the only ones that will succeed are led by people who remember this: It's not that the church has a mission; rather, it's that the mission has a church. And if the church gets in the way of the mission, it will need to change or turn the task over to someone else.

IS THERE ANY COMMON GROUND ON ROE VS. WADE?

It's obvious that one of the societal issues about which people of faith disagree -- and that may contribute to the diminishment of American Christianity in some ways -- is abortion. I thought it would be helpful today to offer you two pieces to read -- one of which argues that Roe vs. Wade was wrongly decided in 1973 and should be reversed and one of which calls the apparent upcoming Supreme Court ruling reversing Roe "an affront to our nation’s judicial process and devastating to the people whose lives are jeopardized by the court’s actions." The first piece, available here, was written by my childhood friend from India, Markandey Katju, a former justice on India's Supreme Court. He comes at this from a legal point of view as an atheist. The second piece, available here, is from an organization called Catholics for Choice, whose president is my former National Catholic Reporter colleague Jamie Manson. Please read the one with which you think you'll disagree first -- and see if it changes your mind about anything.

P.S.: Anyone who has followed the various investigations into the 9/11 terrorist attacks knows that there have been many efforts to determine whether and how the leadership of Saudi Arabia supported or coddled the terrorists. A new report from the Federal Bureau of Investigation, described in this report, suggests there were several ways in which the House of Saud backed the terrorists. As the story to which I've linked you says, "The new report lays out what it calls the FBI’s 'investigations and supporting documentation' regarding the religious 'militant network that was created, funded directed and supported by the KSA [Kingdom of Saudi Arabia] and its affiliated organizations and diplomatic personnel within the U.S.'” All this is one more reason for the U.S. to distance itself from the ruling family in Saudi Arabia.