Home Archives Profile
A story of the Six Million -- but now minus one
How do we account for the shrinking of American Christianity?

Finally, a start on an accounting of a shameful page of U.S. history 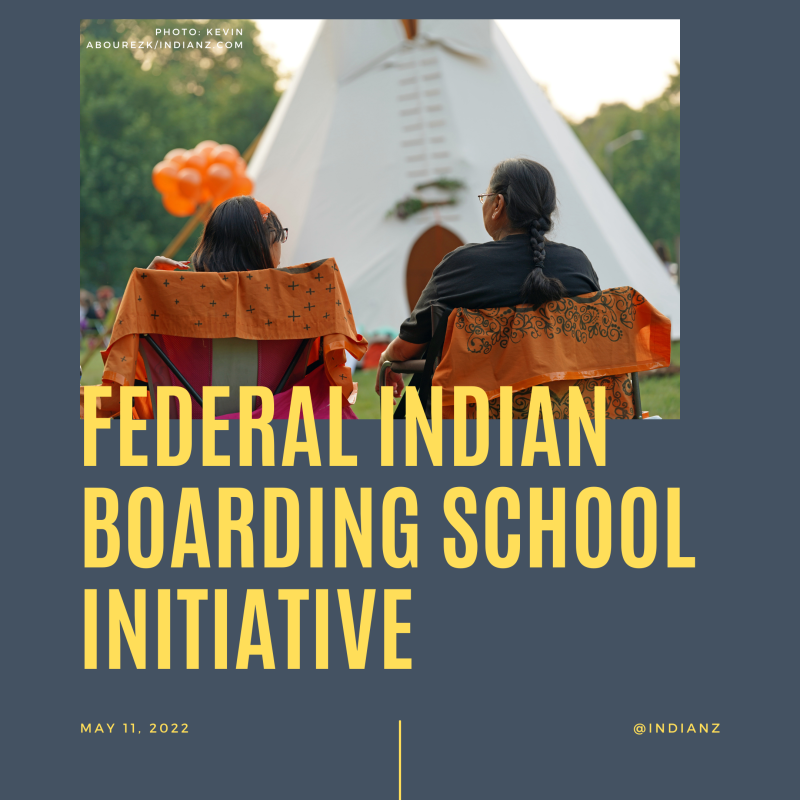 The news about federally supported boarding schools for Native American children just gets more and more disheartening. And there's still more to come.

What contributes to the horror of this dark picture is the role some churches played in the effort to turn Indigenous children into white children, replacing their culture with a system rooted in white supremacy. A motto for this twisted work was "Kill the Indian, Save the Man." The idea was, in effect, to finish the genocide that began when the first European invaders landed in what has become the United States.

It should have been a national scandal when the schools started in the early 19th Century. It wasn't. That it has become a national scandal today (here and, relatedly but separately, in Canada) is reassuring -- however late the details of this debacle are finally being made public.

This past Wednesday, the U.S. Department of the Interior (now overseen by an Indigenous woman) released a report that begins to describe the scale of what happened to Native children in many boarding schools. As the Associated Press story to which I've just linked you notes, this new report "has identified more than 400 such schools that were supported by the U.S. government and more than 50 associated burial sites, a figure that could grow exponentially as research continues." You can read the full report here. As IndianZ.com reports there, the new document "provides the first accounting of the Federal Indian Boarding School Initiative that was announced by Secretary Deb Haaland (pictured here) on June 22, 2021. It was submitted to her by Assistant Secretary for Indian Affairs Bryan Newland on April 1. The main document consists of 102 pages. There are three appendices, labeled Appendix A and Appendix B, along with Appendix C."

Newland's transmittal letter to Haaland includes this information: "This report shows for the first time that between 1819 and 1969, the United States operated or supported 408 boarding schools across 37 states (or then-territories), including 21 schools in Alaska and 7 schools in Hawaii. This report identifies each of those schools by name and location, some of which operated across multiple sites.

"This report confirms that the United States directly targeted American Indian, Alaska Native, and Native Hawaiian children in the pursuit of a policy of cultural assimilation that coincided with Indian territorial dispossession. It identifies the Federal Indian boarding schools that were used as a means for these ends, along with at least 53 burial sites for children across this system -- with more site discoveries and data expected as we continue our research."

As the AP story about the report's release says, "The dark history of the boarding schools — where children who were taken from their families were prohibited from speaking their Native American languages and often abused — has been felt deeply across Indian Country and through generations. Many children never returned home. The investigation has so far turned up over 500 deaths at 19 schools, though the Interior Department said that number could climb to the thousands or even tens of thousands."

Here is the Religion News Service story about the release of the report. In that story, RNS reports this: "The Roman Catholic Church and a number of Protestant denominations already have begun investigating their own roles in those boarding schools. The Federal Indian Boarding School Initiative report pointed to previous reports explaining that the government divvied up reservations among 'major religious denominations.'” And this: "Several Catholic groups and Protestant denominations also have called for the United States to establish a Truth and Healing Commission similar to Canada’s Truth and Reconciliation Commission, which issued its final report on its own residential school system for Indigenous children in 2015." (It's also good news that Pope Francis is planning a July trip to Canada to speak about all of this and Indigenous issues generally with First Nations people there.)

As Secretary Haaland released the report, she issued this statement this: "The consequences of federal Indian boarding school policies — including the intergenerational trauma caused by the family separation and cultural eradication inflicted upon generations of children as young as 4 years old — are heartbreaking and undeniable. We continue to see the evidence of this attempt to forcibly assimilate Indigenous people in the disparities that communities face. It is my priority to not only give voice to the survivors and descendants of federal Indian boarding school policies, but also to address the lasting legacies of these policies so Indigenous Peoples can continue to grow and heal.”

This Indian Country Today story about the new report says that "the list (of boarding schools named) includes religious mission schools that received federal support; however, government funding streams were complex. Therefore, all religious schools receiving federal, Indian trust and treaty funds are likely not included. The final list of Indian boarding schools will surely grow as the investigation continues. For instance, the number of Catholic Indian boarding schools receiving direct funding alone is at least 113 according to records at the Bureau of Catholic Indian Missions." History also tells us that other faith communities, from Quakers to Methodists, were involved in such schools.

And there was a wide range of schools and mission centers, as I noted in this recent blog post about the Shawnee Indian Mission in suburban Kansas City, where many of the children lived with their families in the area and attended classes by day.

This new report is a good first step toward full disclosure. But there is more to the story and, in the end, it will require a generative response.

The roots of this boarding school story, as I suggested earlier, are deep and troubling. The question now is whether faith communities that were involved in this evil have acknowledged this history and are doing something now to make up for their participation in it. The ripple effects, after all, still are felt because -- to the surprise of some non-Native Americans -- Indigenous people are still among us, including members of more than 570 federally recognized tribes.

The annual Templeton Prize from the John Templeton Foundation is given to people whose scientific work connects with spirituality in some way. This year's prize, just announced, went to Frank Wilczek, a Nobel Prize-winning theoretical physicist and author. As the RNS story to which I've linked you reports, "the John Templeton Foundation praised the 70-year-old Wilczek for transforming 'our understanding of the forces that govern our universe,' while also applying 'the insights of his field to the great questions of meaning and purpose pondered by generations of religious thinkers.'” Science and religion need not be in conflict, especially if each remembers its boundaries. Science deals with the what, the how. Religion deals with purpose. The Templeton prize is important because it encourages thoughtful ways to for religion and science to talk with each other while each, in effect, stays in its own lane.