To answer eternal questions, we must think theologically

What does it -- or can it -- mean to think theologically? In other words, is it possible in the midst of war, pandemics, economic disparities, racial oppression and so much more to keep an eternal perspective on life? To wonder about purpose and meaning and final things? 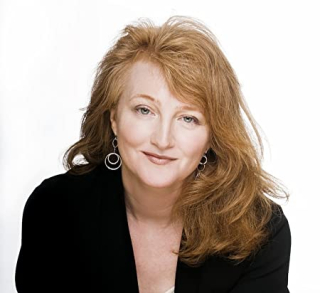 Krista Tippett (pictured here), a journalist and theologian who hosts the "On Being" public radio show and podcast, raised that question recently when she spoke at Kansas City's Country Club Christian Church, which has been celebrating the centennial of its 1921 founding.

At one point in her remarks, she was reminiscing about being in Europe in the 1980s when East Germany collapsed and joined with West Germany to become, simply, Germany today.

"It was like this social experiment," she said, "because we had this one city (Berlin) -- one city, one people, one history, one language -- and you split it down the middle. And you have two completely opposite economies and political systems and ways of telling the same history that they'd all lived through. There were two kind of levels of moral confusion. One was, what I was seeing in the world was real power. And the other was I watched people on the western side of the wall and on the eastern side of the wall and I saw that people in the east who had nothing could create this incredible beauty and dignity and intimacy. But it was also equally likely that if you lived in West Berlin where you had everything, you could be really shallow."

She said that made her wonder theologically how it is that we are human and "how is it that we craft life with meaning?. . .I just wanted to think theologically."

You and I, if we're conscious and mindful, recognize that we face those questions every day.

Why do some people produce art and other people get caught up in the deadly business of drugs? Why are some people profoundly moral, meaning they inevitably think about others and their needs, while some people are astonishingly self-centered and regularly demean others?

Well, of course, all of us are a mixture of good and evil. All of us, even with the best intentions, fail to live up to the standards that our great religions set for us and that we, in various ways, set for ourselves even if we're detached from those faith traditions.

To answer such questions we must think theologically. We must ponder the factors that contribute to moral education and, in turn, to systems that control and work against humanity's tendency toward greed, power and empty consumerism.

There are, of course, various helps with all of this -- people, books, art, podcasts (such as Trippett's). But to want such a path in life requires that we say no to endless distractions, to mindless TV, to whatever draws us away from life-giving sources.

I wish I did much better at this task than I do. I wish everyone did. Maybe it requires a daily rededication to thinking and acting theologically, to listening to our better angels, to saying no to what sucks life and purpose out of us. Maybe today is the day to start that daily rededication.

UNDERSTANDING POLAND AND THE JEWISH PEOPLE

A few days ago was Yom Hashoah, the commemoration of the Holocaust and the anniversary of the Warsaw Ghetto uprising in World War II. If you've read the book that Rabbi Jacques Cukierkorn and I wrote about how some non-Jews in Poland saved Jews from the Holocaust (They Were Just People), you know that trying to describe how non-Jewish Poles have related over history to Jews is, well, complicated.

And that's exactly the point that the rabbi who wrote this RNS column makes as he describes his recent visit to Poland. He writes this: "In the centuries of Polish Jewish sojourning, there were good years, even beautiful ones. But, there were also ugly, troublesome and tragic times." It's a piece well worth reading.

P.S.: There's been a fair amount of news recently from astronomers about black holes. The question the author of this article explores in an interview with astrophysicist Jeff Zweerink is what any of that tells us about God. Part of Zweerink's answer: "Black holes are so beyond what I could fathom, so far beyond what I could even comprehend experiencing. We’re confronted in a small way with what it would be like to experience something infinitely bigger than us." (Zweerink seems here to be following Tippett's advice to think theologically.)