Home Archives Profile
What happened in the '90s that changed religion in the U.S.?
When people of faith lose their way because of idolatry

Why do we explore the creation? Because we must.

The recent news that "the final instrument aboard the $10 billion James Webb Space Telescope finally achieved its operating temperature of just above absolute zero" is a reminder of what, from the beginning, humanity has done to explore the creation -- and, in turn, the idea of a creator. 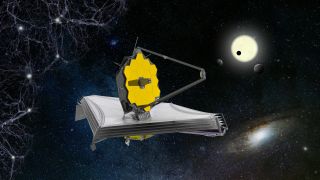 As the Space.com story to which I've linked you in the first paragraph reports, "The temperature milestone is a key moment in Webb's multi-phase, six-month-long commissioning period to get its mirrors aligned and its instruments ready for deep-space observations."

Almost no matter where you look to find the history of humanity, you discover that we are explorers and that our questions are endless. Even the Genesis story of Adam and Eve, though mythological and not historical, shows people who want answers, who need to test limits, who can't rest when they don't grasp something. In the biblical story, curiosity, in effect, killed those cats.

And over the centuries humanity has written about exploration as almost a God-given right and duty.

In Rudyard Kipling's "The Explorer" poem, for instance, he says a voice told him this: "Something hidden. Go and find it. Go and look behind the Ranges/Something lost behind the Ranges. Lost and waiting for you. Go!"

In Kipling's case, that voice may have driven him to participate in the scandal of colonialism, but the drive to find something new, to answer unanswered questions need not lead to evil and destruction. It can lead to insight and beauty.

Exploration, like a knife, is a neutral tool. It can help us, slice by delicate slice, understand how apples are formed. Or it can be used for murder, for appropriating for ourselves what doesn't belong to us.

Will that happen in the deep space that the Webb telescope soon will start revealing to us? Will we imagine distant stars, planets, galaxies are places to covet and control instead of being part of an intricate creation that contains its own fierce beauty? I can't answer that now. But if we treat distant space the way we've treated our own planet, I am not hopeful we'll get it right.

And yet, how can we not want to know what's out there? And what it might say about a creator?

(The image here was found with the Space.com story and carries this credit line: "Image credit: ESA/ATG medialab.")

AND SHE WAS A GORGEOUS CHILD, TOO

Do you, too, get satisfaction from stories about when bad things happen to bad people? I plead guilty, too. Which is why I so enjoyed this story from The Tablet headlined "Hitler's Jewish Baby." I won't tell you more than that. Just read it.

P.S.: The Catholic Church has had two popes -- one in office, one retired -- living at the Vatican for nine years. A new book suggests it has been a destructive situation because the opponents of Pope Francis have made Pope Benedict XVI's home their headquarters. Once again a faith community is sadly divided between people who seem certain they know what the church should be and people who are open to more than one answer to questions.