Home Archives Profile
A time to unpack what forgiveness and apologies mean
Why do we explore the creation? Because we must.

What happened in the '90s that changed religion in the U.S.?

One of the stories about religion today that nearly everyone has heard has to do with the diminishment of Christianity in the U.S. It's been going on for decades, as Protestants now make up less than half the population and as the number of Americans who identify as religiously unaffiliated (they're called the "nones") has soared (it's now at least 25 percent). 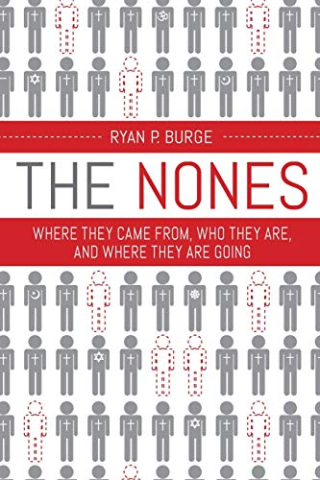 But did you know that the 1990s seems to have played a key part in this story? I hadn't really thought about that until I read this Religion News Service article. It was written by Ryan Burge, an assistant professor of political science at Eastern Illinois University, a pastor in the American Baptist Church and author of The Nones: Where They Came From, Who They Are, and Where They Are Going.

He says that the 1990s are "when young Americans seemed to lose religion virtually overnight." I think he may be on to something.

What contributed to this phenomenon? "It’s hard to pinpoint just one thing," Burge writes, "but there are possible culprits." First is the dissolution of the Soviet Union, and with it the end of the "conflict between the virtuous Christian capitalists of the United States and the godless communists of the Soviet Union." That meant, he writes, "that being nonreligious no longer meant being un-American, giving permission for a lot of closet nones to begin expressing their true feelings on surveys."

Second was what he calls a "backlash against the religious right." That meant that "when faced with the strident rhetoric of the Revs. Jerry Falwell, Pat Robertson and the rest of the religious right leaders, many moderates headed for the church exits and never came back."

Third was the internet. "Demographers ignore the impact of the World Wide Web at their peril," Burge writes. "It would make sense that as young people were exposed to other faiths on the new technology — and saw the faults in their own — some would leave faith behind altogether." Well, the effect of the internet is more complicated than that, as he acknowledges, but it did play a role.

The question, of course, is whether anything can be done now to reverse the falling numbers. And, if so, what? That's what all kinds of scholars, congregational leaders and others are trying to figure out. And so far there's no clear answer.

There have been what I like to call some "movements" that have attracted people to this or that spiritual path in recent decades. But eventually movements need structure. And what results is another brand of institutional religion. That often means that what first attracted people to a movement slowly disappears and they drift away.

What we do know is that even most people who call themselves "nones" are not atheists. Whether institutional religion can find a way to appeal to them is still an unanswered question.

A TEST OF OUR ULTIMATE GOALS

The three Abrahamic religions whose major holidays have overlapped this year have this as a central tenet: "True life is found in living for others." That way of putting it is found in this article from The Guardian, which also makes this point: "(I)f your strategy for political victory is turning voters against their neighbor, if you see spending on universal quality child care, public education, mental health or raising the rate of income support for people without jobs as a burden rather than an investment, or if low wages and growing inequality are built in to your policy design and intrinsic to your political ideology, then your driving purpose is not the wellbeing of the human collective. Your leadership will not make the well-being of most people better most of the time – because, simply, that is not what you are about." And if that's not what we're about, why not?