Home Archives Profile
What does religion have to do with the Russia-Ukraine crisis?
The many sides of religious freedom in the U.S.

Where can students find truths that set them free?

After last Sunday's worship service at my church (it was youth Sunday and two high school students preached an absolutely terrific sermon), some of us got into a discussion about how students learn history these days. 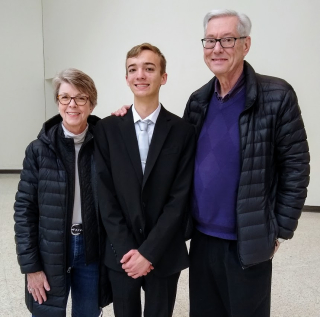 Not just church or religious history, but national and international history as well.

A widely expressed concern was that most of us born during or soon after World War II were taught a truncated American history that didn't tell us the fuller story of slavery, of what European invaders did to Indigenous people who had been here long before them and even of the events we lived through without understanding their historical context.

Given all the current attention being given to those parents who want to control everything that is being taught in their children's schools, some in our group expressed concerns that students weren't getting anything close to a full accounting of American history.

It's a legitimate concern. And yet just the day before that discussion I witnessed high school students learning some vital American history outside a regular history class. They learned about one of the major developments in the Civil Rights Movement in the 1950s by participating in their school's music program and playing in a band.

It turned out that one of the pieces played at the Saturday concert in Wichita, Kan., by the 1-4A All-State Band was called "The Nine," composed by the very man who was the band's conductor that day, Randall Standridge. What did the name of the piece mean? It referred to the nine Black high school students who were the first to integrate Central High School in Little Rock, Ark., in 1957.

You can read the program notes about that composition here, as well as listen to the 10-minute piece. This is not a recording of what I heard that Saturday in Wichita but, rather, a presentation of the same piece by a different band.

As I looked at the nearly all-white audience and band members (that included our grandson and first-chair percussionist Jacob, pictured here with my wife Marcia and me), I was really glad that Standridge had given everyone a chance to know at least one chapter in America's fraught racial history. Unless we know that history we can't know where we are today and why things are the way they are.

As recorded in John 8:32 in the New Testament, Jesus once said that knowing the truth will set people free. Ignorance, by contrast, keeps us bound and susceptible to foolishness. As parents and grandparents, it's important to remember that school classrooms are not the only place children learn. And one of our tasks is to make sure that students have many opportunities to be educated outside of traditional classrooms -- including in our faith communities.

The article to which I'm linking you here was written just before the start of Lent on Ash Wednesday a few days ago. But the truths it speaks about the scandalous behavior of the head of the Orthodox Church in Russia still obtain. The author, an ordained deacon in the Ukrainian Orthodox Church, writes clearly and forcefully about Patriarch Kirill of Moscow, saying that "his silence to date is a scandal." He's referring, of course, to Vladimir Putin's monstrous attack on Ukraine and of Kirill's failure to do what any person of faith should do -- condemn that war and the small dictator who started it. As the author writes, "Kirill, at almost every turn, has attempted to undermine the very bridges he’s entrusted to construct." And he calls the few words Kirill has bothered to utter about the war against Ukraine "prevaricating and pernicious." With such leaders, is it any wonder that many people abandon religion as a den of hypocrites and fools? If his religion teaches Kirill to behave in such a sycophantic and deplorable way, who would want to follow it? That is not, of course, what Orthodox Christianity stands for. But Kirill has done to that faith tradition what people like Osama bin Laden have done to Islam. And it's a crime against morality. 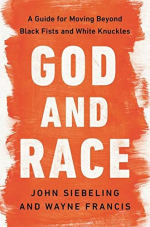 God and Race: A Guide for Moving Beyond Black Fists & White Knuckles, by John Siebeling and Wayne Francis. This book should have -- and much of it could have -- been written 10 years ago. Many people and congregations in that time already have begun to respond in various ways to the realities of racism in the U.S., and for those individuals and groups a lot of what's published here will seem like -- and actually be -- material they already know. The question is whether people and communities of faith who for various reasons haven't educated themselves about this subject or taken active steps to respond will read it and learn.

The pastors -- one white, one Black -- who have written the book offer good advice and helpful guidance for acknowledging the white supremacy built into our nation's founding and for responding to the many ways that racist systems still operate in the U.S. And they are right to say, as they do, that "learning how to have conversations about race is an art, and that art is what this book is all about." Perhaps one important reason not to delay addressing racism is the point that Siebeling, the white pastor, makes: ". . .by 2055 white people will no longer be the majority in our nation." But this advice from Francis, the Black pastor, may be helpful in getting the conversations and learning started: "Let yourself cry. Let yourself get angry. Let yourself feel confused. Any emotion is better than apathy." However, apathy is difficult to overcome, as the history of racism in the U.S. clearly shows. But if this book can help even a little, it would be a welcome development.

P.S.: The United Methodist Church of the Resurrection in suburban Leawood, Kan., will host a global faith forum event at 7 p.m. on Wednesday, March 9. The last link I've given you in the previous sentence will give you more information about subjects and speakers and let you register for it.

ANOTHER P.S.: Once again the United Methodist Church, a large Mainline Protestant denomination, has postponed an international meeting at which its threatened schism (mostly having to do with LGBTQ+ issues) would have been decided. This now has gotten silly. The pandemic caused the initial postponement but there's now no good reason not to meet and settle this.