Home Archives Profile
How do religious leaders reach people in congregations?
Why plea bargain with men charged in 9/11 attacks?

Despite a fair amount of recent attention to church-state issues as they play out in Christian Nationalism, the basic question of how people of any faith tradition relate to their surrounding culture, including the nation-state in which that culture is located, is far from new. 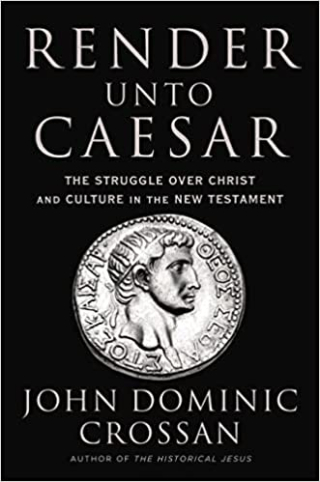 In fact, it was at the heart of the question Jesus once was asked about paying taxes to Caesar. His answer no doubt frustrated the person who asked the question, but it was wise then and is wise now: Render unto Caesar what is Caesar's and to God what is God's.

But what can we learn about church-state-culture questions today by returning to the question Jesus was asked, especially if we do so by taking a deeper look at how the followers of Jesus 2,000 years ago were struggling to figure out how to relate to whoever was Caesar at the time?

Theologian and scholar John Dominic Crossan, who has spent much of his career dealing with questions about the historical Jesus, explores that very question in his new book, Render Unto Caesar: The Struggle for Christ and Culture in the New Testament. Its publication date will be this coming Tuesday.

It's a helpful, serious, intriguing book, and I recommend it for people who want a scholar's detailed but understandable study of that biblical period. The book's strength, however, is in its ability to describe two approaches to theology and to give readers insight about the difference between an economic and cultural system that requires a lot of charity to help those at the bottom of the economic scale and a system of distributive justice and other equitable systems in which there is precious little need for charity because everyone has an equal chance at acquiring the basics of what is needed for life.

Crossan makes a strong and persuasive argument that governmental and cultural systems in which a large portion of the population depends on charity are unjust and at odds with the world Jesus imagined and proclaimed, the "kingdom (or reign) of God," which of course differed from the reign of the Roman Empire and its succession of Caesars.

To do that, Crossan focuses on the gospel of Luke and its companion second volume by the same author, the New Testament book of Acts. He contrasts what he finds there with the violent and strange book of Revelation, the final work in the New Testament.

It is well worth quoting Crossan on this point at some length. So:

"For Roman Christianity to succeed, the divinity of the emperor, Caesar Augustus, would have to cede its transcendent place to that of Jesus the Christ -- Lord to Lord, Son of God to Son of God and God Incarnate to God incarnate. That, for Luke-Act, is the Roman cost of acculturation. What, then, is the corresponding Christian cost of acculturation, the price of Roman Christianity?

"That price -- then and now, past and present -- is a shift from justice to charity, a move from demanding distributive justice on a structural and systemic level to offering distributive charity on a personal and individual level. It is a turn from solving the causes to salving the effects of poverty, a jump from biblical prophecy to affluent philanthropy, a swerve from Amos (Tammeus insert: Remember it was the Hebrew prophet Amos who wrote, "Let justice roll down. . .") to alms."

Crossan acknowledges that it seems perverse to challenge the idea of charity. But he insists that the existence of widespread charitable structures and efforts is a sure sign that there isn't close to enough justice and equity in the cultural and economic systems in which charity has become a necessity.

"The only solution," he insists, "is the replacement of the injustice of Rome's rule (read, there, our own culture and economic system) by the justice of God's rule. Jesus practiced charity but also demanded justice -- the former gets you canonized, the latter gets you crucified. Charity is not justice, and salving injustice is not solving injustice.

Well, there is much more in Crossan's new work to digest, but he seemed especially prophetic in explaining why widespread charitable systems are indicative of system social and economic failure. It should be enough to make us want to change our economic and cultural systems so that all are treated fairly. As things stand now in the U.S. there has been in recent decades a serious redistribution of wealth -- from the bottom to the top. The idea is that no redistribution of wealth -- bottom to top or top to bottom -- should be necessary if the system is fair and equitable.

So how about we read Crossan and then get to work to fix things in a way that would honor the teachings and values of Jesus even if we're not Christian, given that those values are found in all the great world religions?

Here's a Daylight Saving Time issue I confess I hadn't thought of. If the government makes DST permanent as a year-round way of keeping our clocks (it's already passed the U.S. Senate and awaits action in the House), it could adversely affect some Jewish folks. How? As the RNS story to which I've linked you reports, "According to Jewish law, morning prayers must take place after the sun rises. Daylight saving time, which currently begins on the second Sunday in March and ends on the first Sunday in November, extends darkness on late-winter mornings." And that means that in the depth of winter, such prayers couldn't start on some days until 8 a.m. or so. The story then says this: "'It will affect our religious life, our professional life and our family life,' said Rabbi Abba Cohen, vice president for government affairs for Agudath Israel of America. 'If congregational and personal prayers begin after 8 in the morning, how will people get to work at 9 a.m. or earlier?'” The question is, of course, how much accommodation must or should be made on such matters for particular groups of people? That's one of the beautiful things about a representative democracy. We get to debate such matters and make judgments collectively. 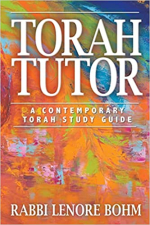 I have long wished that Christians, myself included, had a better understanding of the Hebrew Bible. To ignore or downplay its importance is to ignore our roots. But I've also wished that Christians, along with the experience of reading it as containing prophecy about Jesus, could read it on its own terms the way Jews read it today. That would give us a deeper appreciation of how its original readers and hearers might have understood it. A new book, Torah Tutor: A Contemporary Torah Study Guide, can help with exactly that task. Its official publication date will be this Tuesday. It's written by a rabbi, Lenore Bohm, and it seeks to give people a better sense of Jewish scripture and why we should care about it. One of her goals is to give readers an adult appreciation "of what you encountered as a child. I suspect this is why some Jews think of religion as 'childish.'” And it's not just Jews, of course, with that problem. Many people in and out of Christian congregations essentially ended their theological education about sixth grade, it appears. As Bohm explains, "The Torah addresses central human concerns: family relationships, the pursuit of justice, the meaning of power and the power of desire, the purpose of celebration, the sanctity of human life, the importance of animal life and the value of confronting one’s finitude." What kind of unexamined life would you lead if those questions didn't matter to you? In any case this new book can be a great primer for anyone wanting a more complete and nuanced understanding of holy writ of any kind and of the Torah in particular. It should be in the library of all congregations, whether Jewish, Christian or Muslim, given their relationship as part of the Abrahamic tradition. Indeed, if you read Torah Tutor before you read Render Unto Caesar, the book I've reviewed above, you'll get more out of Crossan's work.

P.S.: My latest Flatland column posted Sunday morning here. It's about such intentional communities in the KC area as Jerusalem Farm.