Home Archives Profile
Students are learning acceptance of both science and religion
Where can students find truths that set them free?

What does religion have to do with the Russia-Ukraine crisis?

As we consider developments in Ukraine and the efforts of Russia to make sure it is either no longer independent or at least is part of the Russian sphere of influence, let's think about the role of religion in those two countries. (I wrote this post about religion in Ukraine in 2019 because that country was at the center then of the first impeachment of Donald Trump.)

A majority of Ukraine's citizens identify as Orthodox Christians. As the site to which I've just linked you reports:

"The main Orthodox Churches of Ukraine:

As should be no surprise, the most widespread religion practiced in Russia is also Christian Orthodoxy. And even though more than a quarter of the Russian population identifies as either non-religious or atheist, more than half the population identifies as part of Russian Orthodoxy. Some estimates put the percentage of the population that is Orthodox as high as 71 percent and the unaffiliated or non-religious as low as 15 percent.

In fact, it doesn't take much imagining at all. What, after all, was the case in the American Civil War? It was mostly Christian against Christian. And what was the predominant religion in Germany when it invaded Poland in 1939? Christian, which was true of Poland, too.

As religion scholar Diana Butler Bass writes a recent post on her blog called "The Cottage," "(T)he world is witnessing a new version of an old tale — the quest to recreate an imperial Christian state, a neo-medieval 'Holy Roman Empire' — uniting political, economic, and spiritual power into an entity to control the earthly and heavenly destiny of European peoples.

"The dream gripping some quarters of the West is for a coalition to unify religious conservatives into a kind of supra-national neo-Christendom. The theory is to create a partnership between American evangelicals, traditionalist Catholics in western countries and Orthodox peoples under the auspices of the Russian Orthodox Church in a common front against three enemies — decadent secularism, a rising China, and Islam — for a glorious rebirth of moral purity and Christian culture.

"In the United States, Trumpist-religion is most often framed as 'Christian nationalism.' It is, indeed, that. But it is also more — it is the American partner of this larger quest for Christian internationalism."

Beyond that, as the journalist-Anglican priest author of this column notes, Putin places central importance on the return of Ukraine and especially its capitol to the Russian sphere of influence because of his misreading of history. Today, the author notes, the "compliance of the Russian Orthodox church with the political goal of a greater Russia has been shameful. . .Few churches have sold out to the state more completely than the Russian Orthodox church." In many ways, Putin's ideas about religion in his part of the world are guiding his rapacious decisions about Ukraine.

If you're beginning to wonder why Jesus is called the Prince of Peace, I would suggest that the problem is not with Jesus but, rather, with his reluctant followers, or at least his reluctant declared followers.

Not every war is about religion, though in many cases religion has played a key role. And the Russia-Ukraine situation is no different. In this case, the sides aren't tossing theological arguments at one another. And yet as this RNS opinion piece argues, Putin is after not just Ukraine's territory but also its spiritual soul. And that really is a religious battle, and vicious one at that.

For a more detailed look at this whole mess, here is an interview with Archbishop Daniel, head of the Ukrainian Orthodox Church of the U.S.A. Among other things, he said this: "I’m asking people of Ukrainian Orthodox Church, Catholic Church and people of goodwill regardless of background to use the weapon of prayer, to soften the heart of the aggressor against Ukrainian people and to stop the crimes against humanity that we’re experiencing." (And here is an Associated Press story further explaining the role of religion in this crisis. Plus, let's not forget that despite Putin's ridiculous claim that he would "denazify" Ukraine, the president of that country is Jewish and is getting lots of rave reviews for his bravery and leadership. Here's an Atlantic piece about that.)

If I were God -- and thank God I'm not -- I would have run out of patience long, long ago.

(The photo displayed here today came from this site.)

BUT WHAT ABOUT THE FUTURE?

Continuing the Ukraine-Russia-religion theme today, here's a piece worth reading from John L. Allen Jr., former of The National Catholic Reporter but now of The Crux. John looks to the future to anticipate (a tough job) how this unnecessary, murderous war may affect the religious landscape not just of Europe but also the of world. He writes: "On the other side of the war, the global religious landscape is destined to look different. What those differences will be, however, will be determined by the choices religious leaders make right now." 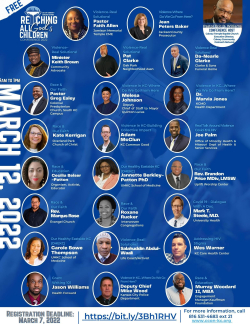 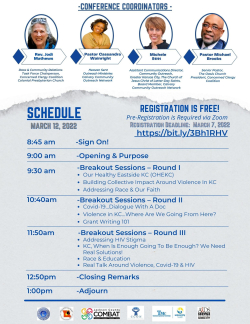 P.S.: An upcoming faith-based conference in Kansas City about violence, race, Covid and much else facing the community will happen Saturday morning, March 12. One of the graphics here will give you a link to use to sign up for this free event.

ANOTHER P.S.: If you missed my latest Flatland column when it posted on Sunday, it's still available to read here. It's about how at least some of us have survived the last two brutal years.