With Afghan refugees as neighbors, it's time to learn about Islam 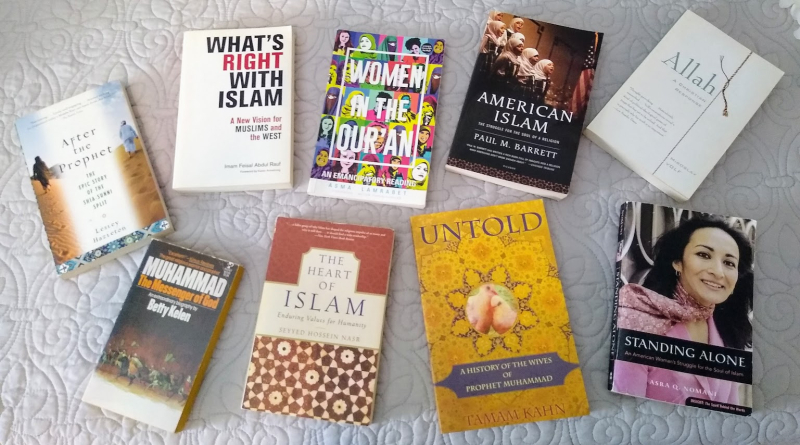 As you surely know, Afghan refugees have been finding their way into life in the U.S. after the collapse of the Afghan government and the takeover by the brutal Taliban.

What you may not be as aware of is that most of them are Muslims and have brought their faith with them. Indeed, one reason so many wanted to flee their native land is that they knew that the Islam preached, taught and lived by the Taliban is a radical and misguided version of Islam -- and they wanted no part of it.

Versions of this story about that from the Philadelphia Inquirer, with minor adjustments, could have been published in lots of newspapers around the country, including here in Kansas City. (That story, by the way, contains helpful statistics about Afghan refugees, and I commend it to you.) In fact, my congregation is partnering with Temple Israel of Greater Kansas City to work with Jewish Vocational Services here to furnish apartments for Afghan refugees. JVS can always use more help, so I encourage you to volunteer. Just click on this link.

Muslims have lived on this land since before there was a United States. In fact, many of the slaves dragged here from Africa were followers of Islam in their native lands. For some explanation of that and more details, click here.

But, of course, Christians have made up the majority of Americans for a long time, although their dominance has been dwindling for decades now. But as more Muslims enter the population, it's a good time to learn more about Islam and how it's practiced both here and around the globe. Christians still outnumber adherents of other faith traditions with about 2.2 billion adherents, compared with about 1.8 billion Muslims. But many analysts think Islam's numbers will overtake Christianity's by the end of this century.

So how can you learn more about Islam and how Muslims are becoming more numerous (though still a tiny percentage of the total U.S. population) in the country? Well, you can simply Google "Islam," of course and read such sites as this one from History.com.

But there also are some excellent books to help you. Among them: The Heart of Islam: Enduring Values for Humanity, by Seyyed Hossein Nasr; What's Right with Islam: A New Vision for Muslims and the West, by Imam Feisal Abdul Rauf; Muhammad: The Messenger of God, by Betty Kelen; Women in the Qur'an: An Emancipatory Reading, by Asma Lamrabet; American Islam: The Struggle for the Soul of a Religion, by Paul M. Barrett; Untold: A History of the Wives of Prophet Muhammad, by Tamam Kahn; Standing Alone: An America Woman's Struggle for the Soul of Islam, by Asra Q. Nomani; After the Prophet: The Epic Story of the Shia-Sunni Split, by Lesley Hazleton; Allah: A Christian Response, by Miroslav Volf, and Understanding Islamic Law (Shari'a), by Raj Bhala.

When my paternal great-grandparents came to the U.S. from Germany in the 1860s and when my maternal grandparents came here from Sweden around 1900, lots of Americans were ready to welcome them and help them find their sea legs. That's our job now with these Afghan refugees as we help them feel at home here in many ways, including religiously.

JUST WHAT ARE 'CHRISTIAN VALUES'?

And while we're learning about Islam, maybe it's time for some folks, like Mike Parson, governor of Missouri, to learn the difference between "Christian values" and "the values of some Christians." When Donald Kauerauf, Parson's nominee for director of the Missouri Department of Health and Senior Services, withdrew under pressure from people who didn't think he was conservative enough, Parson said this: “Don is a public health expert that is on record opposing masking requirements and COVID-19 vaccine mandates. He is outspokenly pro-life and morally opposed to abortion. Missourians know that I share these beliefs and would not have nominated someone who does not share the same Christian values.” People have rightly called out Parson for leaving the impression that he has a religious test for people who work for him and that he'd appoint only Christians to state offices under his control.

But my concern is broader. Parson seemed to be attributing to all Christians the values of being against masking and vaccine mandates and being opposed to legal abortions. Perhaps if the governor's range of friends and his knowledge of Christianity's diversity were larger, he would know that Christians often hold views that are opposite of views held by other Christians. That opposition isn't what makes them Christian. If Mike Parson wants to decide who is Christian and who isn't, maybe he should run for God, though it appears that office is held now by Someone with a lifetime appointment.

P.S.: Some of you may be interested, after the recent death of Buddhist leader Thich Nhat Hanh, in this piece from The Guardian about how Buddhism has changed the West for the better.