Home Archives Profile
Can a resurgent, ugly antisemitism be reversed?
The continuing threat of Christian nationalism

Is Christianity at the foundations of racism?

After a couple of years of hot public debate about racism -- years that followed several decades of many Americans trying to acknowledge and fix racism -- maybe it's time to drop back a bit and think about how the concept of race came about in the first place. 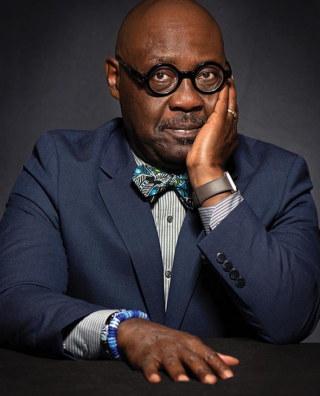 How would you react if you read that a theologian and seminary professor at Yale offers this idea on that subject: "Race is a distorted way of seeing the world within Christian thought"?

Clearly, that simple -- and perhaps surprising -- sentence needs some clarification, some expansion. And that's what happens in that interview.

Jennings says what we all know but seldom express or even think about: Race "is not part of the created order. It is a particular historical emergence of a way of perceiving oneself and the world."

Indeed, others have argued that the idea of whiteness and white supremacy grew out of bogus ideas about race. After all, race is a political and social construct, not a biological construct, as the Human Genome Project reminded us. And all human beings are, genetically, more than 99 percent alike, no matter what race they may call themselves.

But what about Jennings' idea that the distortion of race can be traced to "within Christian thought"?

Well, you can read the whole of the interview for yourself, but I'm going to quote a fairly lengthy section about just this connection between race and Christian thought so you can see what Jennings is getting at:

"The modern vision of race would not be possible without Christianity. This is a complicated statement, but I want people to think about this.

"That story is simply this: through a particular people called Israel, God brought the redemption of the world. That people’s story becomes the means through which we understand who God is and what God has done. Christianity is inside Israel’s story. At a certain point in time, the people who began to believe that story were more than just the people of Israel, more than just Jews. And at some point in time, those new believers, the gentiles, got tired of being told that they were strangers brought into someone else’s story — that this was not their story. They began — very early and very clearly — to push Israel out from its own story. They narrated their Christian existence as if Israel were not crucial to it.

"The fact that Christians came to identify themselves as the chosen people is already a profound distortion of the story. But this is where they are when we come to the colonial moment. They believe that they are at the very center of what God wants to do in the world. This belief is in everything they do and say: the way they read the Bible, the way they form their theology, the way they teach, the way they carry out their Christian lives.

"This is what we came to call European: the power to transform the land and the perception of the people. A racial vision started to emerge. It floated around in many places with many differences in body type, skin color, and so forth. It didn’t come out of nowhere. But now, inside this matrix, it starts to harden. It starts to become a way of perception, not simply of a conjecture. This is where Whiteness begins.

"So unless you know that this is a Christian operation, you cannot grasp the absolute power of race to define existence right now, even when people move beyond that Christian matrix and say they don’t confess it or agree with it. They are still inside it. That’s my definition of Whiteness: it is a way of perceiving the world and organizing and ordering the world by the perception of one’s distorted place within it. But it is also more than a perception: Whiteness includes the power to place that perception on other people and to sustain it."

A couple of thoughts: In my experience, many Christians today have little or no appreciation for the roots of the faith in Judaism. Because of that, they miss much of the richness of both traditions. A scholar whose work can help with that is Amy-Jill Levine. Look her up on Amazon. Read all of her books. She'll help you with this. 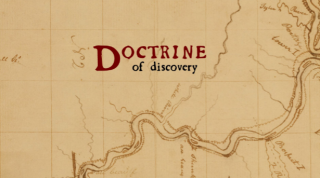 The history that Jennings talks about includes what is called the clearly racist, Vatican-rooted "Doctrine of Discovery." Let me give you several sources to check out to read about that disaster -- here, here and here. That doctrine gave religious permission to European invaders crush the Indigenous people who occupied what would become the United States.

When I am asked on a survey or some other document to reveal my race, I always look for a way not just to check a box but, rather, to say something like this: "I was brought up to believe I'm white." It's something I learned from the writer Ta-Nehisi Coates. And it's a way of reminding the people who want to classify me that such racial categories hide much more than they reveal and that they are much more destructive than they are generative.

If there is any good news in all of this it is that from within Christianity -- and from within other faith traditions, too -- have come people who are trying to educate others about the distortions of racism and to find a useful path forward. But so far just not enough such people.

As Jennings notes in the interview, "Christianity itself continues to face the unfinished work of pulling itself out from inside the reality of White intimacy and out of a spiritual life that remains so caught up in what is true, what is good, what is beautiful, what is noble, what is honorable and therefore what is desirable — from a White point of view. All of us have to go through the fiery brook of the redefinition of our desires away from Whiteness, and for so many people that fiery brook is too deep and too long to traverse. They are still caught in the midst of it."

For me, as a Christian, the point is to be honest about racism and its connection to my faith tradition and then to try to move toward an approach that acknowledges and celebrates the wide range of human beings, each one of whom must be seen as a child of God. No exceptions.

(The photo of Willie Jennings seen here today is by Mara Lavitt for Yale Divinity School.)

Poor God. Imagine having the job of listening to competing prayers not just every day but especially on Jan. 6, 2021, in the midst of the insurrection. Well, now you don't have to imagine those wildly different prayers. Religion News Services has collected a bunch of them and now offers them to readers here. Come back here to the blog this coming Wednesday and we'll explore the role Christian nationalism played in the Jan. 6 riot and the danger it poses in the days and years ahead.