Home Archives Profile
What the hell are people of faith to make of Satan?
Can faith communities get back to normal? (They're in it now.)

Increased persecution of Christians in Afghanistan comes as no surprise

In so many ways, the war that the U.S. fought for 20 years in Afghanistan -- though initially justified for self-defense reasons -- has amounted to one disaster after another. 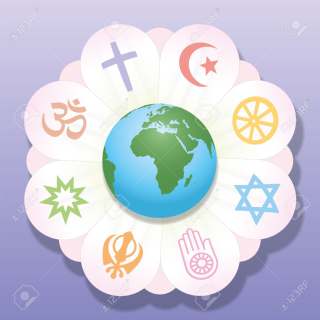 And now we can add to that list the increasing persecution that the ruling Taliban is leveling on Christians in that predominantly Muslim country.

As this Religion News story reports, "Afghanistan is the most dangerous country for Christians, according to an annual list put together by the Christian watchdog group Open Doors. It is the first time in two decades that North Korea has not been at the top of the list."

The Taliban, of course, represents a radically militant brand of Islam, though many Muslims around the world would say the Taliban's version of the religion is a wild distortion of traditional Islam. The Taliban considers people who convert to Christianity to be apostates and worthy of being crushed in various ways. And heaven especially help you if you are a female Christian convert.

Afghanistan, of course, is not the only country in which persecution of Christians happens. As the RNS story to which I linked you above reports, "Across the globe, Open Doors found that there has been a 24% increase in Christians killed because of their faith, increasing from 4,761 cited in its report last year to 5,898 this year."

And yet the news about religious persecution around the globe is not all bad. As this Christianity Today article notes, "There are positive situations in a few countries. Of course they are not perfect, and Open Doors still gives several low marks. But these glimmers of light are worthy of prayer, support and continued engagement to press for further improvements."

That article then points to some better news in the United Arab Emirates, Sudan, Egypt and Uzbekistan, for instance. Which you can read about at the link I gave you in the previous paragraph.

What drives me a little crazy about religious persecution is that it's done by people who think they know what each person should believe and what faith commitments and actions are right for each person. It's the height of arrogance and often rooted in a hunger for political power.

Historically, the U.S. has stood for religious freedom and generally asserted it as a foundational human right. Let's make sure our elected officials and policy makers continue to hold to that high ideal.

HE FELL PRETTY FAR FROM THE TREE

The U.S. Holocaust Memorial Museum is criticizing anti-vaxxer Robert F. Kennedy Jr. (as it should) for suggesting that things are worse for people today than they were for Anne Frank, the teenager who died in a Nazi concentration camp after hiding with her family in a secret annex in an Amsterdam house for two years, as this Huffington Post story reports. His late father must be so proud. At least RFK Jr.'s wife told him what he said was "reprehensible."

P.S.: A magazine to which I've subscribed for years (it's essentially free) is Christian History. Today I just want to direct you to its most recent issue, called "The City of Man – Christian Civic Engagement Through the Ages." It's a pretty deep dive into the question of how Christians (and, more broadly, people of any faith tradition) are to think of themselves in relation to their country, their government and the civic social fabric around them. It's hard to think of a better time to ponder all this, given the stark political divides in the U.S. and especially within American Christianity itself, one branch of which has become a willing tool of what's left of a once-honored political party. I hope you'll give this issue of the magazine a look and even subscribe. Subscriptions are free, though the magazine gladly accepts donations. (When my wife and I downsized from our home to an apartment last year, I gave a big stack of back issues of this magazine to a local seminary. But I confess I miss having them around.)

ANOTHER P.S.: In case you missed it, Thích Nhất Hạnh, the Vietnamese political exile (who returned to Vietnam just three years ago) and famous global Buddhist spiritual leader, has died at age 95. In some ways he was to Buddhism what the late Archbishop Desmond Tutu was to Christianity. Here is a longer story about how he taught mindfulness and how he approached death in that same way.