Home Archives Profile
Should we watch the Olympics while China egregiously violates religious liberty?
Increased persecution of Christians in Afghanistan comes as no surprise

What the hell are people of faith to make of Satan?

I'm sometimes intrigued by how often Satan shows up in the news. 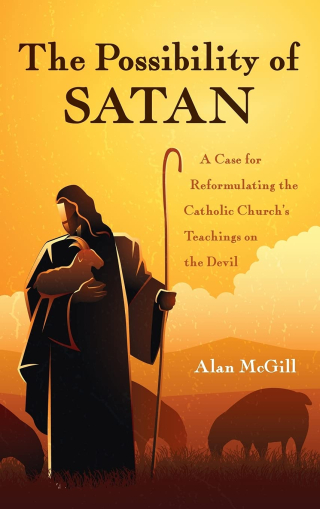 This recent example came from Moline, Ill., one of the Illinois-Iowa "Quad Cities."

The law and school district policies there allow groups to rent meeting space in public schools in non-school hours. That means that even groups associated with this or that religion can do that, though it doesn't mean that the folks who oversee the public schools become advocates for any of the religious groups that rent that space.

The story says that a group called The Satanic Temple plans to hold monthly meetings of the "After School Satan Club" at a Moline elementary school. As you might imagine, this caught the attention of some parents and others.

The fact is, religions have struggled from the beginning to explain the source of evil in the world. Indeed, one of the most difficult issues in theology is called the old theodicy question, which goes something like this: If God is good and all-powerful, why is there evil and suffering in the world.

I sometimes refer to that question as the open wound of religion because, at least this side of an afterlife, there is no exhaustive, satisfactory answer for it.

But one of the answers to that question -- and to the more general question of the source of evil -- has been to propose the existence of the devil, or Satan, often thought of as somehow personified. Whole branches of Christianity, in fact, place great emphasis on the power of Satan and the possibility that people who sin will wind up receiving punishment for all eternity in hell, where Satan is the landlord.

Other branches place much less emphasis on all of that, partly because they worry that the theology about all this can get pretty scary and pretty stark, with little room left for interpretation or different understandings about evil and its source.

Now and then, however, people with theological sensitivities and a willingness to delve deeply into sacred writ and religious practices are willing to raise questions about evil and even whether Satan or hell exist -- and if so, how.

For instance, a couple of years ago I wrote here about the newly published book by Christian Orthodox theologian David Bentley Hart, That All Shall Be Saved: Heaven, Hell and Universal Salvation. It's a fascinating read by a thoughtful man who says the very idea of an eternal hell contradicts Christian teaching about God's unconditional love for humanity.

As I wrote then describing his no-hell argument, ". . .eternal punishment is in the cards for no one because a hell like that simply doesn't exist. Never has. Never will. Everything about the incoherent idea of such a hell is, he says, a repudiation of the nature of the very God whom Christianity confesses as universal lord and savior -- not savior just of some but redeemer of the whole cosmos.

"And he makes this argument not by throwing out the biblical witness but by taking that witness seriously."

More recently, another book questioning at least some traditional Catholic teachings about Satan is The Possibility of Satan: A Case for Reformulating the Catholic Church's Teaching on the Devil, by Alan McGill.

I would call this a considerably more nuanced look at these questions than the way Hart has approached them. But, in the end, McGill, who teaches theology at Cristo Rey Atlanta Jesuit High School and Religious Studies at Georgia Gwinnett College, wants the Catholic Church to take more seriously the interpretive tools it has at its disposal for understanding the meaning of scripture -- and not just take the biblical texts literally.

As McGill said to me in a note, "My book argues that a doctrinal insistence upon the ontological reality of Satan as a particular disembodied being, a position advanced by the Congregation for the Doctrine of the Faith and, to a lesser extent, by the writings of Pope Francis, needs to be developed  in view of  the Church’s own teachings on the importance of interpreting scripture in light of its literary genres and other historical-critical considerations."

In other words, there is a place for considering the idea of myth -- which doesn't mean falsehood but, rather, a storytelling way of getting at core truth, a way that doesn't rely strictly on what today we would consider literally accurate historical accounts.

"My argument," McGill writes, "is hermeneutical in nature, proposing that a failure to interpret the mythical motif of Satan as myth obfuscates its relevance to all people in all times and places. Further, I propose that a doctrinal insistence upon the existence of Satan and other irredeemable spirits leads to a dualism that undermines the sacramental vision of creation in which the divine is envisaged as present in and through all things and all persons, whether embodied or disembodied."

Both books -- McGill's and Hart's -- are worth your time, especially if you're intrigued, as am I, by detailed theological arguments that pertain to eternal human destiny.

As for the After School Satan Club in Moline, my temptation would be to skip it. Growing up, I found after school sports under certain hard-driving coaches devilish enough.

WHY MY DENOMINATION'S LEADER HAS IT WRONG

For reasons I can't really explain, somehow leaders of my denomination, the Presbyterian Church (USA), find ways of angering Jews, even though Presbyterians have a record of working closely with Jews here and abroad. Some years ago it had to do with PCUSA support for the BDS movement (boycott, divestment, sanctions) against Israel. The latest example was the statement by the Rev. J. Herbert Nelson II, stated clerk (sort of chief executive) of the General Assembly of the PCUSA. As this RNS story reports, Nelson "urged American Jews to help end Israel’s occupation of Palestinian territory and described Israeli policies toward Palestinians as 'enslavement.'”

There is much to criticize about how the modern state of Israel has dealt with the Palestinians. Just as there is much to criticize about the desire of some Palestinians and other Arabs to want to wipe out Israel. But it is of no help at all to throw the hyperbolic language of slavery into this powder keg of a situation. Nelson used the occasion of Martin Luther King Jr. Day to, in effect, equate the experience of slavery in the U.S. with the way Israel treats Palestinians. It's not unlike people who regularly drag the name Hitler into discussions of current authoritarian regimes around the world. Such comparisons are almost always unhelpful at best and misleading at worst. Instead of using inflammatory language, I would hope Nelson and other leaders of my denomination would be offering ideas for how to bring about peace between Israel and the entire Arab world, including the suffering Palestinians, instead of fanning the flames of hatred.

P.S.: I was not aware of this Holocaust education site until a friend just pointed it out to me. It's done by the World Jewish Congress and UNESCO (the United Nations Educational, Scientific and Cultural Organization) and seems both reliable and easy to follow. Have a look and see what you think.