Home Archives Profile
Are people who chose pets over children just selfish? The pope thinks so.
What the hell are people of faith to make of Satan?

Should we watch the Olympics while China egregiously violates religious liberty? 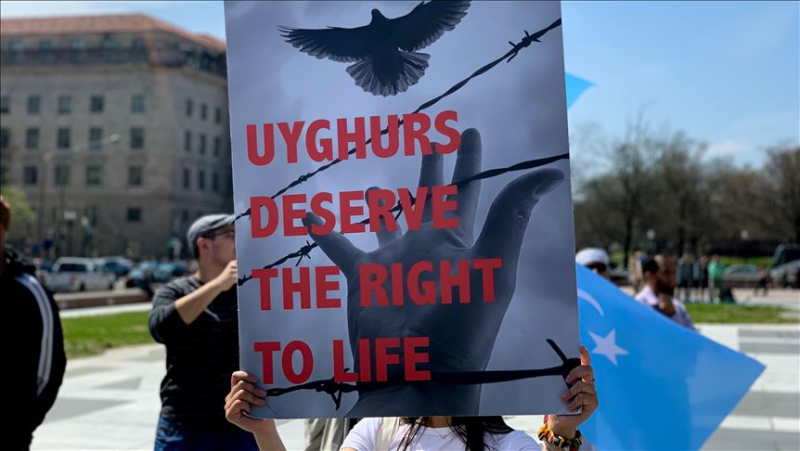 With the coming of the Winter Olympics in China, let's take a few minutes to remember what's a lot more important than who skates the most beautifully or who wins the gold in, say, Downhill Chess.

The reality is that these games will be hosted by a country that has been brutalizing some of its citizens -- the Uyghur Muslims in Xinjiang. It's horrifying, and it's one reason President Joe Biden has declared a diplomatic boycott of the games. (Good on him.) For some background, I invite you to read this article from the Deseret News.

How bad is it for the Uyghurs? This piece from the U.S. Holocaust Memorial Museum (which knows genocide and its roots when it sees them) begins this way:

"The Chinese government’s campaign against the Uyghurs in Xinjiang is multi-faceted and systematic. Core strategies of the campaign include identity-based persecution, mass detention, surveillance, enforced sterilizations, forced labor and forced assimilation.

"Uyghurs are barred from freely practicing their religion, speaking their language and expressing other fundamental elements of their identity. Restrictions apply to many aspects of life, including dress, language, diet and education. The Chinese government closely monitors Uyghur religious institutions. Even ordinary acts such as praying or going to a mosque may be a basis for arrest or detention.

"China has created a large system of arbitrary detention and enforced disappearance. Approximately one million Uyghurs are currently imprisoned in detention centers, for reasons as simple as practicing their religion, having international contacts or communications or attending a western university."

For more economic reasons, even former President Donald Trump knew the ruling Chinese regime had to be confronted. At least he got that right.

But China's treatment of these beleaguered Muslim people is a scandal of major proportions. Which forces Olympic athletes to decide whether they want to participate and, thus, give some sense of legitimacy to China's rulers and their policies. The bleak alternative is to boycott the games and lose, for some of them, their only chance to compete on this global stage.

If they do participate, perhaps there are ways that they can register their disgust of the Chinese government's evil policies toward the Uyghurs. I hope so. In any case, however the athletes decide their Hobson's choice, I won't hold it against them and hope you won't either.

But what about the rest of us who are merely long-distance spectators? We can choose to stand against this religious persecution by not watching the games on TV. We can watch something else. We can read a book or three. We can volunteer that time for charity work. We can take a long walk every day the Olympics are on TV.

If you want to know more about China's punishing of the Uyghurs, you can read this report from the U.S. Commission on International Religious Freedom. Look at page 16 (as numbered on the page itself) and then just search on "China" for much more information.

What else can we do? Have you written to your members of Congress asking, "What have you done lately to help protect and save the Uyghurs?" Start there.

HOW INTERFAITH CONNECTIONS CAN HELP

This interesting and satisfying side story came out of the hostage story at a Texas synagogue over last weekend. It's about how connected the rabbi there was to the broader faith community in his town. As the story notes, "The rabbi, who has led the Reform synagogue of about 125 families since 2006, is also an interfaith champion with deep-rooted friendships not only among Christians but Muslims, too." So pastors, imams and others gathered to help the FBI as it sought a peaceful end to the situation. Such a conclusion turned out fine for the hostages but the hostage taker died.

P.S.: Today is the one-year anniversary of the publication of my latest book, Love, Loss and Endurance: A 9/11 Story of Resilience and Hope in an Age of Anxiety. I hope you have a copy and have read it. In addition to describing the many traumas my extended family experienced because of the murder of my nephew, a passenger on the first plane to strike the World Trade Center on 9/11, the book also explores the roots of extremism, how people get sucked into it and what we can do about it. And, for sure, we're far from done with radicalism. Thanks to all of you who have told me how much this book has meant to you. I'm grateful to all of you.