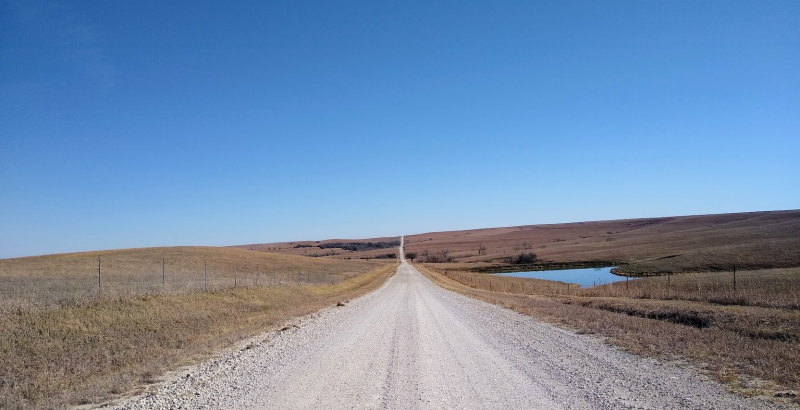 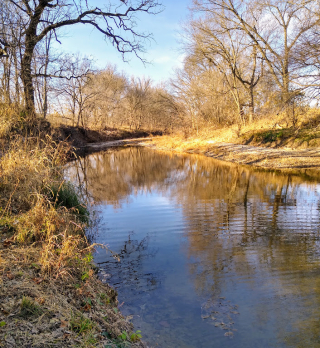 Lewis Thomas (1913-1993), a biologist and physician, says this in a 1974 essay called "The Lives of a Cell": "(I)t is an illusion to think that there is anything fragile about the life of the earth; surely this is the toughest membrane imaginable in the universe, opaque to probability, impermeable to death." (You can find his essay on page 701 of The Glorious American Essay, edited by Phillip Lopate.)

Even though Thomas goes on to make some valid points about the vulnerability of humans, that sentence alone today would be enough to affix on him the label of climate change denier.

We know now, after all, that not only is life on Earth fragile, so is the earth itself, despite its remarkable ability to withstand and recover from abuse.

I don't want to be too hard on Thomas, for, after all, it's quite possible that had he spent some time here in the subtly and disarmingly beautiful Flint Hills, he might have used this area as proof of his idea that Earth is "impermeable to death."

After all, it's possible to drive for miles and miles on gravel roads and to see land that today looks virtually untouched by human hands. Some years ago, in fact, I remember standing on a hill outside Salina with Wes Jackson, the genius behind the Land Institute, while Wes pointed out to me a patch of land that hadn't been plowed or disturbed by humanity since time began. He was using that land to make the point that, as he said, humankind "has been farming wrong for 10,000 years."

One of the best places to get a sense of the fragility of our planet in the hands of humanity is to visit the Tallgrass Prairie National Preserve here in the Flint Hills. As the National Parks Service folks who run the place like to point out, "Tallgrass prairie once covered 170 million acres of North America, but within a generation most of it had been transformed into farmland. Today less than 4 percent remains intact, mostly in the Kansas Flint Hills."

The world's great religions advocate the idea -- in various ways and with varying success -- that humanity should be a wise and careful steward of our planet. But sometimes certain verses of scripture are taken as license for an authoritarian attitude toward the environment. In one of the creation stories in the book of Genesis, for instance, we read this in the King James Version of the Bible: "God said unto them, Be fruitful, and multiply, and replenish the earth, and subdue it: and have dominion over the fish of the sea, and over the fowl of the air, and over every living thing that moveth upon the earth."

Subdue it. Have dominion.

That's pretty far from the idea among Native Americans that they belong to the land and that the land and the plants it sustains have much to teach people because they've been around much longer than people. 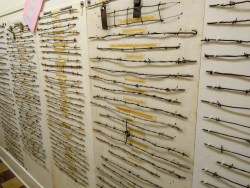 What it takes to look out at the gentle slopes and falls of the Flint Hills and see something other than land to conquer is the observational skills of author Annie Dillard, whose first book, Pilgrim at Tinker Creek, showed what a keen eye and mind she had.

In a 1974 essay (also in the book I mentioned above), Dillard describes not just Tinker Creek but also Carvin Creek in Virginia's Roanoke Valley this way: "The creeks. . .are an active mystery, fresh every minute. Theirs is the mystery of the continuous creation and all that providence implies: the uncertainty of vision, the horror of the fixed, the dissolution of the present, the intricacy of beauty, the pressure of fecundity, the elusiveness of the free, and the flawed nature of perfection."

The plains, the Flint Hills, the prairie -- these, too, are active mystery, fresh every minute. But to see that you can't look at the land as a resource, as a servant to be restrained by dozens of kinds of barbed wire, such as the examples seen in the photo on the left, taken in a museum in Cottonwood Falls, Kan. Instead, you must look at it as a gift to be cherished, cared for, even loved. WOULD IT HELP IF IT WERE SPELLED SONDAY?

A new study indicates that "church attendance reduces the prevalence of substance-related crimes and white-collar crimes” and that when it rains on Sunday, fewer people go to church so crime increases. The study is called "Sinning in the Rain," and I think the title of it is considerably more clever than its findings. But at least the people who are doing these kinds of studies aren't, instead, out committing crimes. Well, unless they're doing that, too.

P.S.: Kansas City is one of 10 cities nationwide hosting Light the World Giving Machines through December. The KC machines, located near the ice rink at Crown Center, are sponsored by the Church of Jesus Christ of Latter-day Saints and allow people to make charitable contributions to a variety of agencies. The credit card fees and all other expenses are covered by the church so 100 percent of what donors give will go to the charity chosen. Even KC Wolf thinks this is a cool idea.