How far Americans have traveled (and haven't) on race

In the conversations (a polite word for it) Americans have been having about race in recent years, especially since the murder of George Floyd by a police officer in Minneapolis, it's not been unusual to hear some version of this: It's time to get past this. The Civil War, which ended slavery, happened well over a century and a half ago. The Civil Rights Movement fixed much of this, so let's move forward. 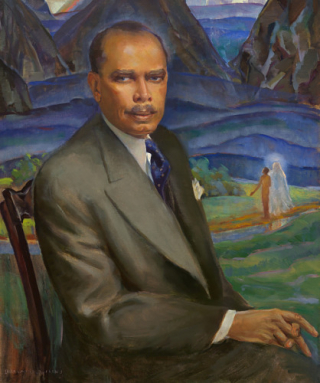 Well, of course, despite the Civil War (the results of which Reconstruction nearly eviscerated) and despite all the good the Civil Rights Movement did, not everything got close to being fixed. Had America been fixed then, there would be no need today for the news media to be covering redlining, discriminatory employment practices, mass incarceration, police misconduct in communities of color, segregated housing patterns, huge health, educational and environmental disparities and on and on.

But let's acknowledge that America, as a whole, has made progress in improving relations between and among the races (all the while remembering that race is a political or social -- not a biological -- construct).

One way to measure that progress (and to see how far we have left to go) is to pick up a 1928 essay, "The Dilemma of the Negro Author," by James Weldon Johnson, (his portrait is shown here) a pivotal figure in the Harlem Renaissance Movement and the man who wrote the words to what's often called the Black National Anthem, "Lift Every Voice and Sing."

So a bit more than 90 years ago, Johnson notes that "White America has some firm opinions as to what the Negro is, and consequently some pretty well fixed ideas as to what should be written about him, and how.

"What is the Negro in the artistic conception of white America? In the brighter light, he is a simple, indolent, docile, improvident peasant; a singing, dancing, laughing, weeping child; picturesque beside his log cabin and in the snowy fields of cotton; naively charming with his banjo and his songs in the moonlight and along the lazy Southern rivers; a faithful, ever-smiling and genuflecting old servitor to the white folks of quality; a pathetic and pitiable figure.

"In a darker light, he is an impulsive, irrational, passionate savage, reluctantly wearing a thin coat of culture, sullenly hating the white man, but holding an innate and unescapable belief in the white man's superiority; an everlastingly alien and irredeemable element in the nation; a menace to Southern civilization; a threat to Nordic race purity; a figure casting a sinister shadow across the future of the country.

"Ninety-nine one-hundredths of all that has been written about the Negro in the United States in three centuries and read with any degree of interest or pleasure by white America has been written in conformity to one or more of these ideas."

Religion, of course, was one source of much of this appalling racist rubbish. Many churches, especially in the South, found twisted ways of reading the Bible that they used to justify slavery and, after the Civil War, to justify Jim Crow and segregation. The task of American Christians today is not to feel guilty about what our ancestors did or failed to do but, rather, to do what we can to put things right today so that the systemic racism they created and that has continued to benefit many white Christians even today gets ended forever.

But the fact that Johnson's description of what white America (I know; it's too broad a category) thought about people of color, especially Blacks, was published within the lifetime of people still alive in my own family means that we really haven't been working terribly long to end the white supremacy that was incorporated in our nation's founding documents. And it means the issue still is alive for all of us today, particularly for people of faith who regularly swear they believe that all people, regardless of color or creed, are children of God and, thus, sisters and brothers.

(The portrait of Johnson seen here today came from this site.)

As global representatives gather to consider how to turn back the climate change crisis (clue: it's already close to being too late), some people are make a wise suggestion: Pay attention to the wisdom -- spiritual and otherwise -- of Indigenous people around the world, this RNS story reports. As the story notes, "The climate crisis cannot be solved without recognizing the rights and spiritualities of Indigenous peoples, according to religious leaders who gathered Wednesday (Nov. 3) for an official COP26 side event streamed online." I know from recent reading I've done and from conversations with Indigenous people in the Kansas City area that there is much to be learned from Indigenous wisdom. For instance, in ecological terms it helps to know that the European invaders who conquered the so-called New World thought (and think) that they can own the land. By contrast, the Indigenous people whose land they took believe that they belong to the land. And that plant life, which has been around much longer than human life, has much to teach them. One book to read on this subject is Braiding Sweetgrass: Indigenous Wisdom, Scientific Knowledge and the Teaching of Plants, by Robin Wall Kimmerer. I also mention some other helpful books in this column about "land acknowledgements." In any case, I'm glad to see some climate-change activists turning for help to Indigenous wisdom. (Speaking of land acknowledgements, here's the newly installed land acknowledgement sign -- along with plantings of some native grasses -- on the south side of the building that houses my congregation, Second Presbyterian Church.) 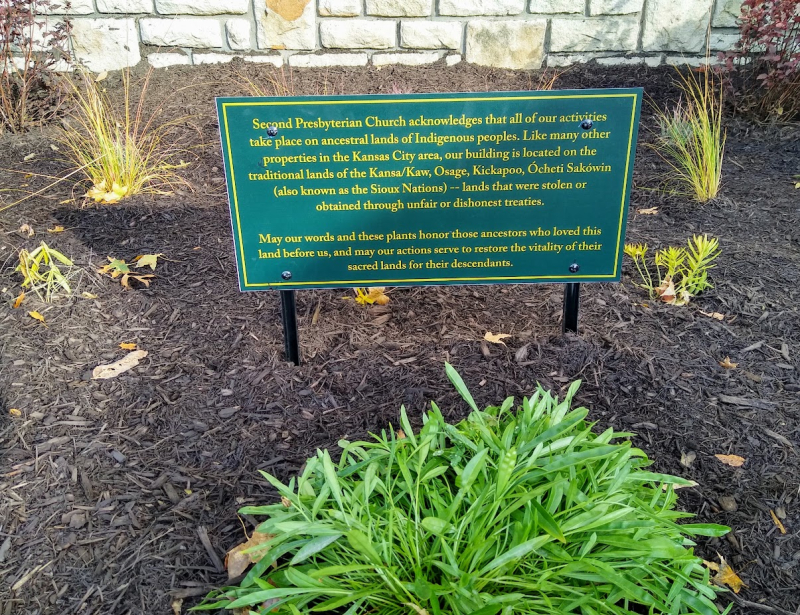 P.S.: And if you missed my last post how about how the Christian evangelical world is ripping itself apart, you'll find it here.