Home Archives Profile
From the birth of Jesus, was Christianity inevitable?
Forty years later, a hard lesson in ethical behavior

As we move into Thanksgiving week in the U.S., I'd like to drop back a week in the news. I'm returning to the story about how Michael Flynn, briefly Donald Trump's national security advisor, is advocating that the U.S. be a country of just one religion. 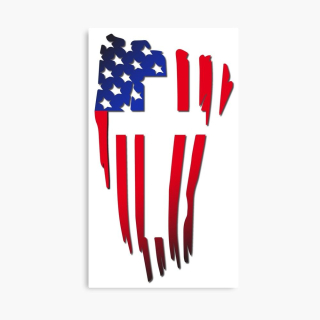 So high on our list of things for which we're thankful this Thanksgiving is that Michael Flynn has no power to create a one-religion nation. Give thanks to whatever god you worship.

When I first read about this strange Flynn speech, I thought that this land has never been a one-religion territory, even before European invaders began crushing Indigenous people and shoving them out of the way. As this Britannica article makes clear, the many different tribes that made up the pre-invasion population of what is now the U.S. had somewhat different approaches to spirituality.

Yes, there were commonalities, but even the concept of religion itself seemed foreign to the Indigenous tribes, who simply thought about their moral responsibilities as part of the overall fabric of life.

When Europeans started showing up here, many of them were driven by religion and many hoped to convert Native Americans (who weren't called that then) to Christianity. But not all of the first arrivals were Christian. There were, in fact, quite a few Muslims among the first slaves dragged here in chains.

Plus, of course, Christians, as usual, were quite divided in early (or, should I say, pre-?) U.S. history.

And by the time the Constitution was written and approved, religious freedom -- meaning 1,000 faith flowers could (and did) bloom -- was woven into who we are as a people. As the First Amendment to the Constitution plainly states, "Congress shall make no law respecting an establishment of religion, or prohibiting the free exercise thereof. . .” Flynn perhaps missed that lesson in school. He missed the various ways different faith traditions have strengthened, not weakened, this country. He missed the opportunity to learn from other traditions and, in the process, strengthen one's commitment to one's own religious path.

In some ways, he missed the whole point of America. Or he got it and despises that point and, thus, despises our nation. America's strength lies in its diversity, in its wild mix of immigrants, in its commitment to the idea that we are free people who should be free to worship in any way we see fit (that doesn't involve doing away with others who don't follow our path). What is at risk today is that whole point about America. Flynn (and many others) would destroy it to turn the U.S. into a one-note band that it's never been.

And for that, especially in this season of thanksgiving, we can be thankful, indeed.

(By the way, here's a good commentary on Flynn's idiocy by a Jewish writer.)

SO WHAT ARE GOD'S PRONOUNS?

For at least several decades now, theologians and others have been debating how to refer to God without using male-only nouns and pronouns. This RNS story explores where all of that is today in light of recent efforts to get people to describe themselves via pronouns. So there continues to be what the story calls a "sometimes divisive debate on the matter of God’s gender." No doubt that's at least a more enlightening discussion than the one about how many angels (male, female, non-binary) can dance on the head of a pin.

P.S.: The U.S. State Department has added Russia to its list of countries that most egregiously violate foundational religious freedoms. The department is required to keep such a list and report it publicly as a way of reminding Americans and the rest of the world's population that religious liberty is at the core of U.S. values. I'm glad that's the case. I'd be even more glad if we could come to some kind of common understanding about what constitutes religious freedom.

ANOTHER P.S.: The Kyle Rittenhouse verdict yesterday was, to me, both surprising and disappointing. That said, I want to agree with President Joe Biden that he accepts the jury's verdict and that, on the whole, the jury system works. Years ago I served as the foreman of a jury in a murder trial (I know: They let a journalist on the jury? Well, they did). And the conclusion I drew from the case was that anyone who wants to criticize a jury's decision should be really, really careful because it's impossible to know what the jury knew and how it deliberated. So although I think Rittenhouse never should have been on the streets of Kenosha that night and although I grieve what he did in firing his damn gun, I am not in a position to second-guess the jury. And neither are you, frankly. I feel much better about the judge's decision in the trial about the murder of Cameron Lamb in Kansas City, in which a white police officer was convicted in Lamb's death Friday. That result would have been almost impossible 10, 20, 30 or more years ago. Maybe that's what passes for progress today.