Home Archives Profile
The sad history of religious division in Jerusalem continues
From the birth of Jesus, was Christianity inevitable?

Will United Methodists ever decide whether to split?

For the last few years, many of us have been keeping tabs on the United Methodist Church and what has looked like its inevitable move toward schism. The primary issue -- no surprise -- has been how the church should handle LGBTQ+ issues, including ordination of gay pastors. 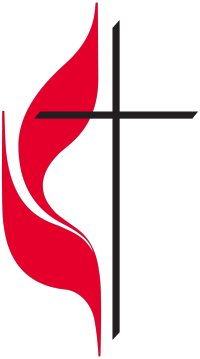 Things in the denomination seemed to come to a head in early 2019 (pre-Covid), when the church's governing body elected in a close vote to keep United Methodist rules forbidding the ordination of LGBTQ+ pastors. Those in favor and those opposed then worked out a way to split the denomination into two separate bodies. But the official vote to do that has never happened because Covid intervened and prevented any gathering at which such action could have taken place.

As this RNS analysis piece suggests, it's now unclear what's going to happen.

As writer Jacob Lupfer says, "few in America’s second-largest Protestant denomination, outside a relatively small circle of elites, appear to have an appetite for splitting. . .(T)he muddling Methodist middle that has historically tempered the impulses of extremists is indifferent to the impending schism. Most laity and many clergy are not nearly so invested in moving the Methodist divorce along as those at the extremes."

I think Lupfer's use of the terms "elites" and "extremes" doesn't do much to clarify the situation. Terms like those usually are best left to describing political situations and not Mainline Protestants.

That said, it's important to see what's really at stake here. And that's the question of how to interpret the Bible. If it's interpreted in a literalistic way that ignores or glosses over the context in which certain passages were written, it's possible to come to the conclusion that LGBTQ+ folks should be, at best, second-class citizens in the church, forbidden from being ordained.

But, as I argue in this essay found elsewhere on my blog, that's not a good, accurate, fair way to interpret scripture, and the Bible should not be used as a weapon in this debate because the Bible has precious little to say about this whole matter.

So the question for Methodists becomes: Do they want a church that, like Jesus, embraces and welcomes everyone or do they want an exclusivist church in which only certain people are privileged?

The longer United Methodists wait to answer that question, the more long-term damage they will do not just to their denomination but also to Christianity as a whole and to what the faith can and should stand for -- love and respect for all.

DENVER -- I'm taking a few days off to visit friends here at the foot of the Rocky Mountains. So you won't find the usual second item on the blog here today.