Home Archives Profile
How far Americans have traveled (and haven't) on race
Will United Methodists ever decide whether to split?

The sad history of religious division in Jerusalem continues 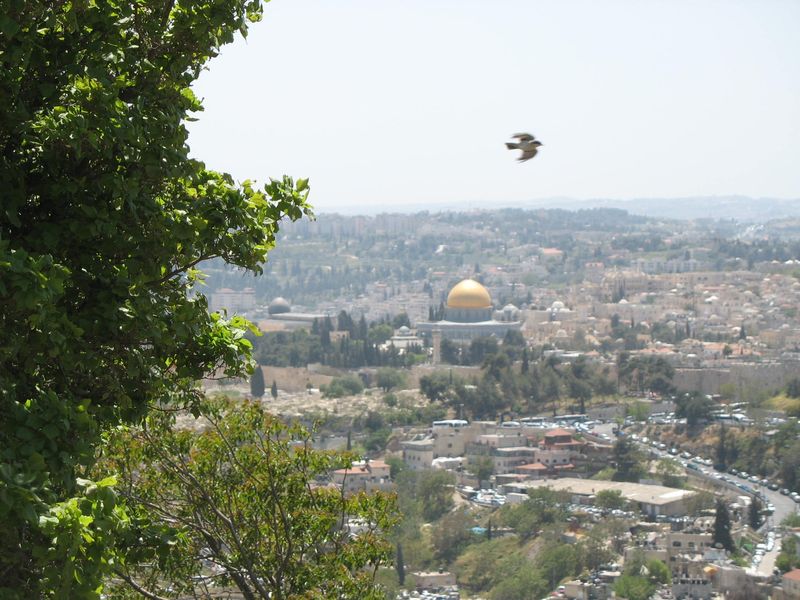 The news of today in any area is always and inevitably connected to something or some things that happened before. Which is why it's so important to read and -- as much as possible -- understand history.

It's hard to imagine any city in the world where history touches the present more than Jerusalem. (One of the books to read is Jerusalem: The Biography, by Simon Sebag Monefiore.)

Time Magazine has just published this intriguing column by Andrew Lawler, an American journalist and author whose latest book is Under Jerusalem: The Buried History of the World’s Most Contested City.

He makes the point that the history of Jerusalem -- and especially of the acropolis often called the Temple Mount -- is really complicated, but understanding that history is vital to grasping what's happening not only in Jerusalem today but throughout the Middle East.

Much of the trouble and continuing controversy there is connected to early Christian efforts to dig for archeological treasures in the area -- particularly to find remains of the Jewish temple that was destroyed when the Romans razed the city in the year 70 CE.

"Ultimately," the Time piece says, "it was the dispute over who owns the acropolis, and what lies beneath and around it, that led to the ultimate collapse of peace talks and the start of the last Palestinian Intifada, or uprising, in the early 2000s. In the two decades since, fundamentalist Christians and Jews, and even some Israeli government officials, have been increasingly outspoken in calling for a Jewish temple to be built on the acropolis, even as police have taken a softer line with Jews who enter the Muslim compound as tourists but then proceed to pray."

And this: "Today, talk of religious freedom ignores the facts on the ground. Western Christians primed Muslims to feel that their sanctuary was under siege, and that feeling is stronger than ever. Short of using blunt force, sharing is not an option."

It's both ironic and sad that representatives of the three Abrahamic religions -- Judaism, Christianity and Islam -- can't find a way to live up to what their traditions teach about peace and love and cooperation. No wonder lots of people write off religion as hypocritical. Sigh.

(The photo above showing the Temple Mount is one I took a few years ago. That flying bird? That's the dove of peace bravely looking for a place to land. My guess is that it's still up in the air today.)

DOES RELIGION HAVE A CLIMATE CHANGE ROLE TO PLAY?

As the global climate change conference in Glasgow wraps up later this week, it's a useful time to ask what role religious faith might play in helping to fix the problems. Part of an answer comes in this interview of a member of the Church of Jesus Christ of Latter-day Saints who is also a professor at Brigham Young University. It's worth a read. As Prof. George Handley says in the interview, "I have a grandson who was born this year. He'll be 80 years old in 2100. So now it feels pretty real to me that my posterity is on the planet now, expecting me to do something to make sure that in 2100, the world is not unlivable."

P.S.: An online event called “Why the Death Penalty is Dying” will take place from Ohio this evening. If you'd like to participate via Zoom, here's the link. Capital punishment can't die quickly enough for me.

ANOTHER P.S.: If you missed my ReadTheSpirit.com column earlier this week about the outrage of American officials torturing prisoners, you'll find it here.