When Pope Francis issued his encyclical letter "Laudato Si" on the environment in 2015, it seemed to lots of people that the Catholic Church finally had awakened to the ecological catastrophe humanity faces. 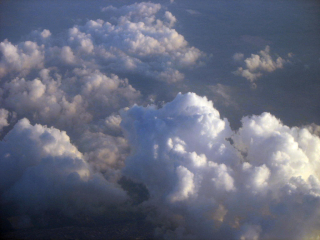 But as this piece from The Conversation describes things, deep concern for the material world, including planet Earth, goes back a long time in Catholicism.

Perhaps the difference is that unlike previous Catholic leaders, Francis is addressing an existential crisis today because of climate change that threatens humanity's future in many ways. There always have been ecological concerns in previous generations but nothing like what confronts us today.

And yet as the article to which I've linked you suggests, if only we'd listened to previous Catholic voices, we might not be on the edge of a precipice today.

As the piece notes, "every pope for the past half-century – except John Paul I, who died after just one month in office – has addressed environmental issues in their official publications."

One of the early challenges to Christian thinking about the goodness and beauty of creation came from a spiritual movement called Gnosticism, drawn from the Greek word for "knowledge."

Among the teachings of the Gnostics, the article to which I've linked you notes, was "that the physical world was created not directly by God, but by a lesser spiritual being, out of malice or ignorance. At best, the material world was a worthless distraction; at worst, an evil snare for human souls. Gnostic teachers offered to teach their followers how to free their spirits from attachment to their physical bodies and the material world. In this way, after death they could return to the realm of spiritual reality and reunite with the divine."

The idea that somehow it was possible and wise to separate body or material from spirit was decisively rejected by Judaism and, later, by traditional Christianity. One reason was that it led to a dismissal of worry about the environment.

All of this should remind us that it's often useful to discover the historical roots of today's issues. That can help us understand how we got here and, maybe more important than that, what we should do next to confront whatever we're facing. If you don't know much about history, you're pretty much flying into the future with your eyes and mind shut.

(And by the way, Pope Francis didn't just release his environmental encyclical in 2015 and then drop the issue. As late as this past Saturday he was addressing lawmakers on the issue ahead of the upcoming annual U.N. meeting on climate matters.)

CAN ABORTION BE A GOOD MORAL CHOICE?

I don't write a lot about abortion, though I believe it should remain legal because there are times when it's the least bad of a series of bad choices. Also: As a male, I never have and never will face the question of whether I should get an abortion. You certainly can find female voices are out there denouncing abortion as immoral. So just to balance that a bit today, here is a story by a female Presbyterian minister, Christian ethicist, professor of religious studies, wife and a mother of two. In it she argues that sometimes abortion can be the right moral choice. See if you agree.

P.S.: If you missed my latest Flatland column -- about the outrageous execution in my state of Missouri of an intellectually disabled man -- it is online here.