Learning from our costly errors in fighting terrorism 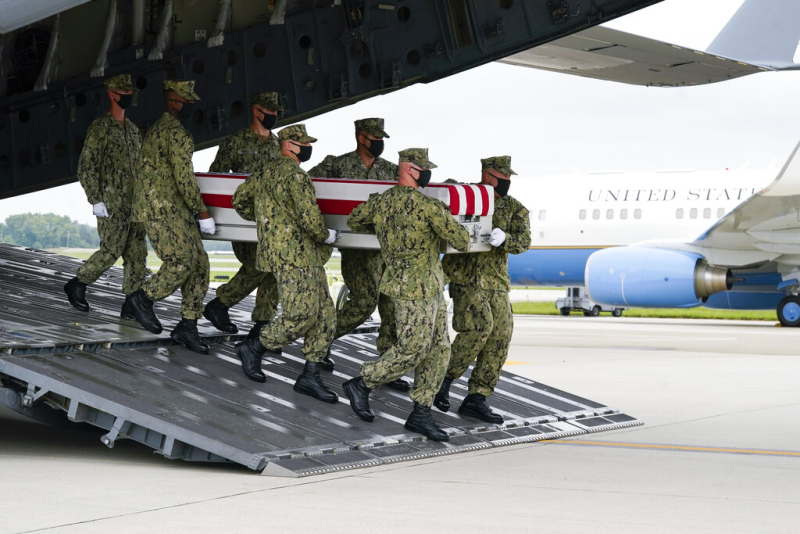 Now that we're past the deadline for U.S. troops to get out of Afghanistan, we would do well not to put that country and the badly named "War on Terror" out of our minds.

Indeed, there are several matters related to this 20-year debacle that we should study with the goal of learning lessons that will prevent us from repeating the errors the American government made there in our name.

One of the first lessons is that military might cannot and will not convince violent extremists that they are wrong. That's exactly the point made in this New Yorker piece. As Robin Wright says in that article, ". . .the central flaw in U.S. strategy is the belief that military force can eradicate extremist groups or radical ideologies."

It's also been one of the founding beliefs of the organization September 11th Families for Peaceful Tomorrows. As one of the members, documentary maker Terry Rockefeller, has written recently, any war on terror that relies on violence will not be successful. To read her full statement, download this file: Download 29 August UFPJ Time to Declare.

Something else we need to remember is that we are searching for trouble when we do what radical Islamist terrorists do, which is to try to justify their actions by rooting them in scripture.

President Joe Biden did something akin to that the other day when he dragged a phrase from the Hebrew prophet Isaiah into his remarks after ISIS-K had murdered 13 American troops and many others at the Kabul airport.

This RNS commentary by Ed Stetzer rightly points out that "It was. . .deeply jarring for me and other Christians to hear Isaiah 6:8 used by President Biden in his recent address,

“Those who have served through the ages and have drawn inspiration from the Book of Isaiah, when the Lord says: ‘Whom shall I send? Who shall go for us?’ The American military has been answering for a long time. ‘Here I am, Lord. Send me. Here I am, send me.’ Each one of these women and men of our armed forces are the heirs of that tradition of sacrifice, of volunteering to go into harm’s way to risk everything, not for glory, not for profit, but to defend what we love and the people we love.”

As Stetzer writes, "I understand the desire to turn to Scripture to make sense of this tragedy, and this is a good thing. However, while men and women were sent on a mission, it was certainly not the mission we read about in Isaiah. Conflating these two is deeply problematic and harmful in the long run. . ."

Politicians have long sought to use scripture to justify their thinking and make them look more pious. But it's the rare politician who is theologically astute enough to do that carefully and effectively. Usually it's a mistake and often a disaster. Ronald Reagan was especially awful at it. He apparently thought he'd been elected our political pope.

Stetzer puts it this way: "It is never appropriate to take the mission of God in Scripture and apply it to the American military, the American dream or the American way of life. They are not interchangeable. The kingdom of God and earthly kingdoms are not one and the same, nor does the kingdom of God depend on the success of earthly governments, movements, campaigns or wars."

As important as that point is, however, it's secondary to the first lesson I mentioned above. Military force is not the way to change the minds of religious radicals. The last chapter of my new 9/11-related book, Love, Loss and Endurance, offers better strategies for trying to unplug extremism. I hope you'll use them instead of hoping for more bombs and bullets against the radicals.

And while we're thinking about the failures of the Afghanistan War, may I suggest that you read Peter Bergen's new book, The Rise and Fall of Osama bin Laden. It's a terrific read.

Toward the end of the book, Bergen notes this: "On a global level, bin Laden's 9/11 attacks set the course for U.S. foreign policy for the first two decades of the twenty-first century and reshaped the Muslim world in ways that bin Laden certainly didn't intend and that few could have predicted. . .

"The Authorization for Use of Military Force, which Congress passed days after 9/11. . .sanctioned 'forever wars' that lasted for two decades after 9/11. Three presidents as different from each other as Bush, Obama and Trump used this same authorization to carry out hundreds of drone strikes against groups such as ISIS, al-Qaida in the Arabian Peninsula, al-Shabaab and the Pakistani Taliban. Few of the strikes had any connection to the perpetrators of 9/11. . .

"Bin Laden's 9/11 attacks also had unpredictable, long-term effects on the politics of the United States. Real estate impresario Donald Trump launched his political career with the lie that President Barack Obama wasn't an American and was secretly a Muslim. This lie was especially potent in the context of 9/11."

The U.S. invasion of Afghanistan to clear out al-Qaida training camps to prevent further attacks on our country was justifiable self-defense. But to have allowed that task, which didn't take forever to complete, to morph into nation building and to drift into other wars, especially in Iraq, should drive Americans to study this history in depth and commit to making sure that something like it never happens again.

(The photo here today of dead U.S. troops returning to the air base at Dover, Del., came from here.)

Oh, and here's a piece from The Atlantic about what ISIS in Afghanistan wants now. Worth a read.)

SOME BACKGROUND TO THE NEW TEXAS LAW

As usual, the latest culture-wars story (about Texas' new draconian abortion law) has a backstory about which few people are aware. This piece from The Conversation fills in some of that, pointing to the centuries of debate and discussion in Christianity over not just abortion but also marriage itself. And as scholar and blogger Heather Cox Richardson noted Friday in her blog post, "the modern-day opposition to abortion had its roots not in a moral defense of life but rather in the need for President Richard Nixon to win votes before the 1972 election. Pushing the idea that abortion was a central issue of American life was about rejecting the equal protection of the laws embraced by the Democrats far more than it was ever about using the government to protect fetuses." Pat Buchanan -- and later Newt Gingrich -- have a lot to answer for when it comes to our polarized politics and especially to the culture wars.

P.S.: The other night I attended a good American Public Square panel discussion on antisemitism. APS created a fact sheet that all panelists (who disagreed with each other about several matters) agreed was an excellent document all could buy into. I thought it might be helpful to many of you, so you can find it here.