Home Archives Profile
Religions learned long ago what science is learning now
Are Jews in the U.S. in increasing danger? Or not?

An old 'replacement theology' battle is stirred back to life

One of the regular complaints about some branches of Christianity is that they tend to be supersessionist. Do you know that term? 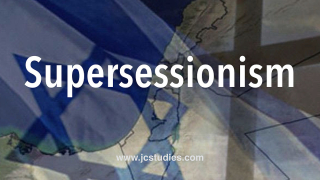 It means a triumphal and dismissive attitude and belief that Christianity has superseded Judaism, meaning that Judaism has become irrelevant and might as well fold its tent and go home -- wherever that is.

There certainly are passages in the New Testament that supersessionists can and do point to as evidence of their claim. But it's also true that Christians who oppose supersessionist attitudes can find biblical passages to support the argument that God's covenant with the Jewish people is to last forever.

I bring all of this up because in recent weeks supersessionism has been back in the news.

This RNS opinion piece delves into that trouble. And given the centuries-long history of anti-Judaism in Christianity (my essay on that subject is here), it's not surprising, though it is disappointing, considering the progress Christians and Jews have made in bi-faith dialogue and understanding in the last 60 years.

As the RNS piece notes, the current dispute started when Pope Francis gave a talk recently and spoke about the Torah, saying, “The Law, however, does not give life, it does not offer the fulfillment of the promise because it is not capable of being able to fulfill it.” He added, “Those who seek life need to look to the promise and to its fulfillment in Christ.”

Almost any Jew in the world would tell you that's supersessionist language.

The RNS piece then notes this: "In response, Rabbi Rasson Arousi, chair of the Commission of the Chief Rabbinate of Israel for Dialogue with the Holy See, wrote sternly to the Vatican.

"He said Francis’ reading of Paul is 'in effect part and parcel of the "teaching of contempt" towards Jews and Judaism that we had thought had been fully repudiated by the Church.'”

A Vatican spokesman responded, but not in a very satisfactory way, as you can read in the RNS piece.

The kind of wording that Francis used should have been flagged as an obvious problem before he said those words. But there seemed to be a kind of blind spot about that in the Vatican. Which just means that Jewish-Christian relations have, as a result, taken a couple of steps backward. It's time to get this turned around. Now.

THE REFUGEE JOB AHEAD

Afghan refugees soon will begin coming to cities across the U.S. Religion scholar Mark Silk writes here that religious congregations will be a vital part of the answer to how to handle them with care and compassion. He's right. The question for you and your faith community, if any, is what plans are being made now to be part of the answer. Welcoming the stranger, after all, is a primary value in many religious traditions.

P.S.: A new film about sexual abuse in the Catholic Church that follows six men from Kansas City has been premiered at the Telluride Film Festival, this Hollywood Reporter story notes. The piece calls Robert Greene’s Procession "a stirring film." It adds this: "Greene’s probing, observational enterprise began serendipitously. He came across the survivors and their stories while watching a press conference that Rebecca Randles, an attorney who has investigated nearly 400 allegations against these particular religious ministers, held with three of the six men who would participate in his documentary."

ANOTHER P.S.: My latest Flatland column -- about an effort to provide mental health counseling through KC area religious congregations -- now is online here.