Home Archives Profile
To counter hate and extremism, first it helps to know where it is
An old 'replacement theology' battle is stirred back to life

Religions learned long ago what science is learning now

Given how long humankind has held some kind of religious beliefs and tried to live out those beliefs, it should not be surprising that religious people and their leaders have developed lots of ways to help people live better, more productive and happy lives. 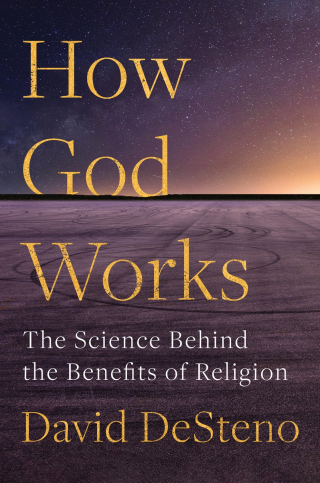 Which, in some ways, is also the goal of some branches of science, such as psychology.

As this Wired piece reports, "much of what psychologists and neuroscientists are finding about how to change people’s beliefs, feelings and behaviors — how to support them when they grieve, how to help them be more ethical, how to let them find connection and happiness — echoes ideas and techniques that religions have been using for thousands of years."

In other words, as the headline on the article notes, "psychologists are learning what religion has known for years." (The article is drawn from a new book, How God Works: The Science Behind the Benefits of Religion, by David DeSteno. I've read about the book but haven't yet read it.)

Science and religion, as the article notes, often have been -- or at least seemed to be -- at odds. That happens when people forget that those two disciplines try to answer different questions. Science tries to answer what, where, when, how and even who, while religion deals with the why question, the question of purpose.

When they cross into each other's territory, one of two things happens -- they learn from each other or they clash needlessly.

The Wired piece then makes this useful observation: ". . . if we remove the theology — views about the nature of God, the creation of the universe, and the like — from the day-to-day practice of religious faith, the animosity in the debate evaporates. What we’re left with is a series of rituals, customs and sentiments that are themselves the results of experiments of sorts. Over thousands of years, these experiments, carried out in the messy thick of life as opposed to sterile labs, have led to the design of what we might call spiritual technologies — tools and processes meant to sooth, move, convince, or otherwise tweak the mind. And studying these technologies has revealed that certain parts of religious practices, even when removed from a spiritual context, are able to influence people’s minds in the measurable ways psychologists often seek."

It's a fair question to ask why religion should have to "remove theology." Well, in fact, it doesn't have to. For its view of things it can ground its "series of rituals, customs and sentiments" in theology and understand itself in that way.

All the Wired piece is saying is that those rituals, customs and sentiments can be helpful to people even detached from theological ideas.

No doubt that's true. But I think it would be useful for psychologists and other scientists to recognize how religion created those rituals, customs and sentiments. They grew out of theological beliefs. They had to make sense of -- and not conflict with -- that religion's answers to the eternal questions. So while it's just fine for psychology to be learning from and even borrowing from religion, maybe psychologists would do well to give credit where credit is due.

THE IMPORTANT VARIETIES OF ISLAM

Are you aware of Nahdlatul Ulama? It's a reformist Islamic group in Indonesia. In fact, as this article from "The Conversation" notes, it's "the world’s biggest Islamic organization with about 90 million members and followers. In terms of membership, the organization hugely outstrips that of the Taliban – yet this face of Islam has not been sufficiently recognized on the international stage." It's more proof that every religion in the world is divided in some way and none is monolithic, even if, like Islam, Judaism and Christianity, they may be monotheistic. The point is that there is no single Islam and that as bad as the Taliban is -- and it's reprehensible in many ways -- it doesn't represent the whole of Islam.