Home Archives Profile
Why is the Middle East such a mess? Here's an answer.
Learning from our costly errors in fighting terrorism

What St. Augustine teaches us about religious know-it-alls

Something that often distresses people who are trying to figure out whether religion makes sense to them is the idea that others know God's will and intentions in such a deep way that they can tell you who is destined for paradise and who is a sure bet for hell. (Such people of certitude also have no doubts about whether either heaven or hell exists.) 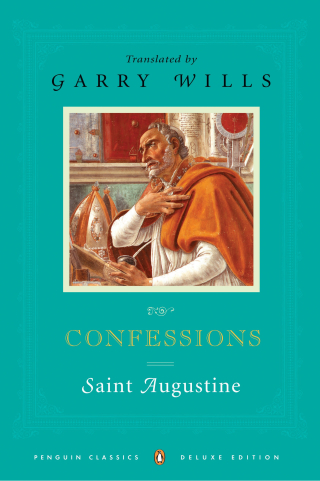 This problem of theological arrogance is not new. I recently found proof of that when I finally, finally sat down and read St. Augustine's famous book Confessions. (I'd have read it earlier but I first had to get through all of John Calvin's long and impenetrable books, which I'll no doubt finish in my next life.)

Late in Confessions, Augustine speaks about people he somewhat dismissively refers to as "free spirits in your church," in Garry Wills' translation of the work.

These free spirits come in for some criticism for putting to the test certain matters that are beyond their comprehension, including "separating the saved from the damned." Augustine then adds this: "No matter how spiritual a man may be, he is no judge of people still caught in the riptides of time. How can he judge from the outside which man will reach by grace the final sweetness, which will welter on in the lasting brine of impiety?"

Those matters, Augustine concludes, belong to God, not to humanity. But doesn't "the lasting brine of impiety" sound at least a little bit tempting? Well, maybe not.

Let's remember that Augustine of Hippo lived in the late fourth and early fifth centuries (354-430). And, under the strong influence of his mother, eventually embraced Christianity with gusto.

Augustine clearly understands the trouble with people who are absolutely convinced that they have it right and that no one else can challenge them. The old saint must have read my book The Value of Doubt. Good for him. He must have received a really, really early review copy.

So Augustine would offer no encouragement to fundamentalists of any stripe these days, whether biblical literalists or the most austere members of the Taliban (see below), ISIS, al-Qaida, the Ku Klux Klan and other such forbidding monochromatic religious minds.

I'm positive of that. Sort of.

ISLAM UNDER THE TALIBAN WILL BE MONOCHROMATIC

One more result of turning Afghanistan back over to the Taliban is that religious minorities there now will come under enormous pressure. Islam, after all, may be an insistently monotheistic religion but, like many world religions, it is far from being undivided. And the Taliban -- not unlike similar radicals -- is convinced it knows exactly the kind of Muslim everyone should be. Religious persecution almost certainly now will be experienced in even more harmful ways by many living in Afghanistan.

P.S.: My latest Flatland column -- about a quiet place where you can ponder the eternal questions -- now is online here.

ANOTHER P.S.: The Conversation, a great resource to which scholars and others contribute, is offering six pieces for people who want to understand more about Islam. Not to convert people, just to educate them. You can read the first one here and sign up to receive the others as they're published.