Home Archives Profile
Will 'Religion on the Line' radio show continue?
To counter hate and extremism, first it helps to know where it is

What can we do to stop violent extremism in its many forms?

LAKE FOREST, Ill. -- I'm here by invitation to preach at First Presbyterian Church of Lake Forest on Sunday morning and then to lead a class related to my new book, Love, Loss and Endurance: A 9/11 Story of Resilience and Hope in an Age of Anxiety. 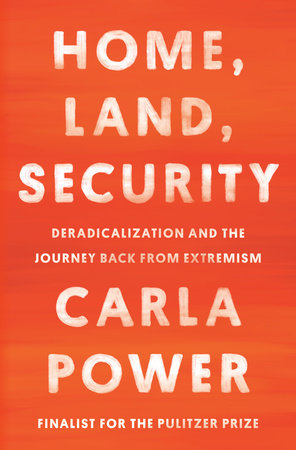 It's a 10 a.m. CDT service that I think you can watch on the church's Facebook page.

Although the new book describes in some painful detail the many traumas my extended family experienced because of the murder of my nephew, Karleton Fyfe, as a passenger on the first plane to explode into the World Trade Center, it also focuses on the roots of violent extremism and what we can do about that, if anything.

Which is why I was so interested in and intrigued by this story in The Atlantic of a city in Belgium that seems, indeed, to have found some approaches that work to defang radicalism.

The story is drawn from a new book on this subject, Home, Land, Security: Deradicalization and the Journey Back from Extremism, by Carla Power.

The focus of the book and the article is Mechelen, Belgium, and its inventive mayor, Bart Somers, who has developed a so-far-successful strategy to keep young residents of his town from becoming radicalized and joining such terrorist groups as ISIS.

At the end of my own book, I devote a chapter to exploring how people get sucked into extremism and another chapter to ideas for dealing with that. My list of ideas is far from exhaustive, so I was glad to learn about some things Somers and his community have tried in Belgium.

As Power writes, his "strategy. . .was to try to make everyone in the city feel that they belonged, a lesson for all countries now dealing with extremism. Cultivating a sense of belonging robs the extremists of a major grievance: social exclusion."

Indeed, it's well worth noting that one of the main drivers that moves Americans into radical groups that commit domestic terrorism is a sense that there's no place for them in this country. Donald Trump played into that angst when he ran for president with a promise to "make America great again," on the assumption that those who feel left out of society today have in their heads an idea of what America should be, which means something like whatever they imagined America once was.

Power notes that "The Mechelen train tracks sit on what was once the richest seam for Islamic State recruits in the Western world. Belgium had Europe’s highest number of foreign fighters per capita in Syria, thanks in part to groups such as Sharia4Belgium, whose volunteers would travel along the Brussels-Antwerp train line to find fresh recruits. Brussels had some 200 residents leave for Syria. Antwerp lost 100 young people. And in Vilvoorde, a town of only 42,000, 29 residents departed for Syria. Nearly every Vilvoorde high school lost students to the Islamic State. Not a single person left from Mechelen."

One reason, she writes, is that the mayor "fought back by trying to make the city green, clean, and safe."

Well, there is considerably more to his work that you can read about in the article. And his success has not come without opposition. But we in this country would do well to learn what we can from what has worked in Mechelen as we confront the growing threat and reality of domestic terrorism, including the type of violence we saw in the Jan. 6 insurrection in Washington, D.C.

This is a conversation we Americans need to have. And I hope that the new books from both Power and me can help with that.

Pope Francis, while reiterating his firm stance against abortion, says that he's never denied Communion to anyone. A move by some church leaders to do exactly that has caused a lot of dissension in the church. But as the RNS story to which I've linked you notes, Francis believes that “Communion is not a prize for the perfect” but a “a gift” marking the presence of Jesus in one's church and community. Francis once again shows himself to be both pastoral and reasonable.