Home Archives Profile
Why Jesus didn't exclude anyone from Holy Communion
Some modest surprises in the U.S. religious landscape

It is both a strength and a weakness of institutional religion that it adopts changes ever so slowly. That's true both of practices and beliefs, though sometimes it's difficult to separate the two. 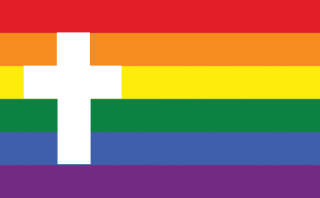 It's a strength in some ways because it keeps faith communities from blowing willy-nilly in the cultural wind, accommodating themselves to every silly fad that comes along. But it's a weakness when religious bodies fail to recognize that in this or that matter they've not only been wrong theologically but that their error has hurt some of the very people they are called on to lift up.

An ongoing example is the struggle over how faith communities treat LGBTQ+ people. It has been clear for a long time, as I've argued in this essay about all of this, that the Bible -- either the Jewish or Christian version -- does not condemn what we've slowly come to understand as homosexuality and, thus, should not be used as a weapon to punish and belittle gay people.

And yet it took my own denomination, the Presbyterian Church (USA) decades of arguing to recognize the damage being done to gay people by our rules against ordaining them as pastors or officers and against our pastors performing same-sex weddings. We finally changed those rules a decade or so ago.

But another separate denomination of Presbyterianism in the U.S., the PCA (Presbyterian Church in America) has just declared (again) that it will not ordain LGBTQ+ people and that its pastors won't do same-sex weddings. This is the serpentine, wordy wording the PCA just approved:

Those who profess an identity (such as, but not limited to, ‘gay Christian,’ ‘same sex attracted Christian,’ ‘homosexual Christian,’ or like terms) that undermines or contradicts their identity as new creations in Christ, either by denying the sinfulness of fallen desires (such as, but not limited to, same sex attraction), or by denying the reality and hope of progressive sanctification, or by failing to pursue Spirit-empowered victory over their sinful temptations, inclinations, and actions are not qualified for ordained office.”

All of which, as I say, is based on what I would call a serious misreading of scripture. Any time you find religious rules or biblical interpretations that oppress people or treat them as second-class human beings instead of liberating them to be the people God created them to be, you can be sure you've got it wrong.

Sadly, the PCA is far from the only Christian denomination wandering in this desert. As this RNS story reports, "A bill concerning same-sex marriage failed to pass on its second reading Wednesday (July 7) at the African Methodist Episcopal Church General Conference, the denomination’s quadrennial meeting taking place in Orlando, Florida. . .The proposed bill was. . .designed to repeal a section in the AME Book of Discipline that prevents clergy from performing same-sex marriages."

I find it especially painful that a predominantly Black church, such as the AME, whose members know all about what it's like to be suppressed people, would find theological justification for suppressing other people. But after voting down that change, the denomination's leaders voted to create a new committee to study LGBTQ+ issues along with relevant scripture passages. Perhaps something redemptive will come of that. Eventually. Perhaps.

LGBTQ+ folks -- and our society generally -- have made considerable progress in freeing people from such suppression in the last 50 years. But the forces -- many of them religious in nature -- that would continue that suppression have not given up and gone away. So there's still much work to be done to change hearts and minds.

Several Christian organizations, angry about what they saw in the Jan. 6 insurrection at our nation's Capitol, have produced a three-session adult study curriculum called “Responding to Christian Nationalism” for pastors who want to educate church members, this RNS story reports. Good. Christian Nationalism is a serious distortion of the gospel (and of our nation's founding documents) and should be confronted aggressively.

P.S.: Some of you may be interested in what looks like a great conference on antisemitism coming up next week through the Institute for the Study of Contemporary Antisemitism at Indiana University in Bloomington. This virtual international scholars conference starts July 19 and is called "Antisemitism in Today's America: Manifestations, Causes and Consequences."