Why Jesus didn't exclude anyone from Holy Communion

The internal Catholic battle over whether the church (or its bishops) can or should prevent certain politically active members (such as President Joe Biden) from receiving Communion, or the Eucharist, seems to mystify a lot of people. 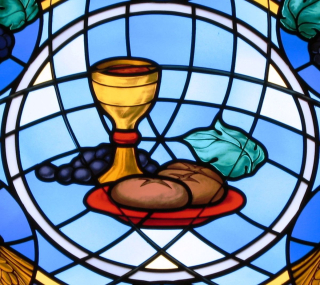 This article from "The Conversation" does a pretty fair job of explaining why the issue is so important inside the church and, thus, helping people outside the church understand it a bit better.

This concluding explanation is especially helpful:

"In its most basic terms, Catholics receive the really-present Christ in Communion so that they may be Christ in the world.

"Catholics believe that when one consumes the Eucharist, one is incorporated into Christ and becomes bonded to others who are also part of the body of Christ on Earth. It is not simply a matter of individual belief, but of Church unity and the mission of being Christ in the world.

"To set oneself outside of the practice of Communion – or to be set outside by another – is to be apart from the very practice that incorporates one into the body of Christ."

But there's more going on in this dispute. The "more" has to do with power. Let's begin by remembering that at what Christians call the "Last Supper," Jesus instituted the sacrament of Communion by serving his disciples bread and wine and explaining that those elements were (or represented) his body and blood and urging them to continue offering this meal in remembrance of him.

Let's also remember that among those Jesus served was Judas Iscariot, who was about to betray him to religious leaders in Jerusalem, and Peter, who was about to deny three times that he even knew Jesus. Many Christian scholars would argue that Jesus already knew of Judas' upcoming betrayal (as is pretty clear from gospel accounts) and that he certainly knew -- and predicted -- the denial of him by Peter.

And yet those two received bread and wine along with the others.

Jesus certainly had the power to withhold bread and wine from them or from any of the others at that meal. That he served everyone was a model of how to exercise power -- a difficult model because it shows that power can be used to include and not to exclude. Jesus drew the circle to include all and not to exclude anyone. Was that lack of discernment on his part? No, that was doing what he could to let Judas and Peter know they were loved and that he hoped that they would do the right thing.

They didn't. But their failure doesn't mean Jesus failed at including them. It means, rather, that Judas and Peter -- not Jesus -- failed.

Although, like Catholics, I believe in what's called the "Real Presence" of Christ in the Eucharist, I am outside the Catholic Church and have no say in how its bishops understand or shape church teaching. But I think those bishops would do well to reread the story of the Last Supper and figure out why Jesus didn't exclude Judas or Peter.

WHO MAKES UP BUDDHIST LEADERSHIP IN THE U.S.?

For many years, a lot of the attention that was focused on Buddhism in the U.S. had to do with its many white converts and not on the Asian immigrants who introduced the faith to the U.S. and who make up a majority of its adherents here. That is changing, this NBC News story says, as Asian-American begin to reclaim some of the limelight. As the story says, "Asian American Buddhists. . .are challenging the white-dominant narratives of Buddhism and re-centering Asian American identity in what it means to be Buddhist in the U.S." A thought along those lines: Maybe Christians who came here from the Holy Land should play a larger role in leading the faith here. Christianity, after all, is an Asian faith at its root, with deep roots in Africa, too.