If the Vatican ever changes its teaching that homosexuality is "objectively disordered," (ask me about this in 50 or 100 years) it may be in response to serious theologians who are telling church leaders that their understanding is not biblical. (When you click on the link in the previous sentence, look for number 2358 in the church's catechism.)

The National Catholic Reporter recently reported this: "An international group of theologians and scholars released an academic statement on May 4 alleging inconsistencies in the Vatican's arguments against same-sex relationships, and urging the church to review its stance in light of modern research."

I'm pleased that these theologians are saying essentially what I've been saying for years in this essay on my blog.

As I argue in my essay on this subject, one of the things that concerned the Apostle Paul wasn't what today what we would consider a committed same-sex relationship. Rather, he was concerned about the practice of pederasty, in which adult men would have sexual relations with adolescent boys. It was not consensual and never between equal partners. But the practice was widespread in the Greco-Roman world. Paul said followers of Christ should recognize it as evil and not participate. But that was in no way a condemnation of homosexuality as such, a concept that we're only now beginning to understand in much detail.

The Vatican almost asked for this kind of challenge when earlier this year it said that priests can't perform same-sex marriages because the church "cannot bless sin." The idea that two people loving each other is a sin should strike people of all faith traditions as weird.

Many Mainline Protestant denominations have wrestled with what to do about this subject, most of them finally seeing the light that there's no way to make a strong biblical case against homosexuality. Perhaps if the Vatican pays attention to the scholarship represented by the theologians who created the latest statement about this instead of paying attention to a sad history of oppression of gay people, it will change its mind, too.

Or maybe the church should just stick with what Jesus said about being gay. Which was nothing. Nothing at all. 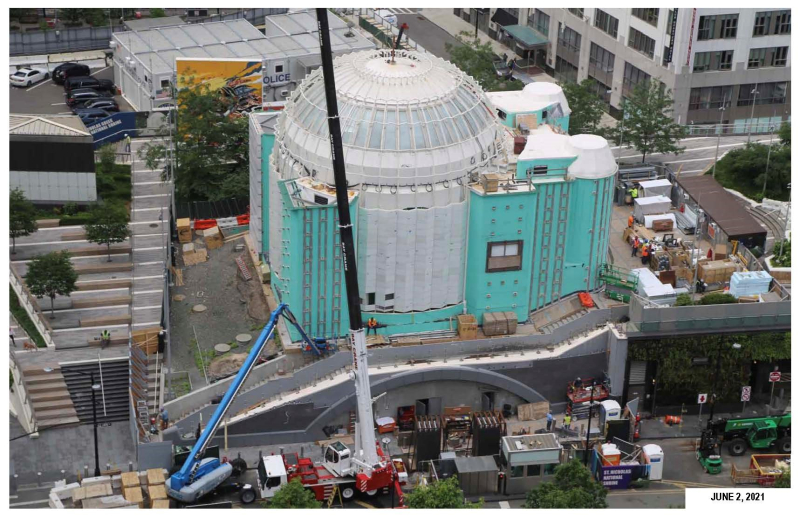 A NEW YORK CHURCH RECOVERING FROM 9/11

A church badly damaged in the 9/11 terrorist attacks, St. Nicholas Greek Orthodox Church and National Shrine, after a long and arduous fund-raising effort, is close to reopening, the Greek Orthodox Diocese of America reported recently. The diocese said that the total raising now is at $95 million and that "funding has accelerated over the past year, with $55 million raised since January 2020 and $8.5 million in the past two months alone." The press release to which I've linked you reports this: "Construction on the National Shrine continues, and the exterior is expected to be completed by September 11, 2021. The Church will open completely in the Spring of 2022." I viewed some of the damaged church the last time I visited Ground Zero.

This faith community's trauma is just one more example of what happens when religious fanatics act on their destructive beliefs. The 9/11 terrorist attacks, as you no doubt recall, resulted in the death of nearly 3,000 people, including my nephew, a passenger on the first plane to strike the World Trade Center. I tell that story in my new book, Love, Loss and Endurance: A 9/11 Story of Resilience and Hope in an Age of Anxiety. I also explore there the question of how people get drawn into extremism and what we can do to stand against such radicalism. I've linked you to the book's Amazon page, but if you want an autographed copy, email me at wtammeus@gmail.com and I'll tell you how we can work that out.

(The image of what the church will look like when completed [small photo on the right] came from this site. The large photo above of the church under construction was shot June 2 and its credited to the Port Authority of New York and New Jersey.)